LOOKING TO GROW YOUR FAMILY?

In 1993, Ripley’s acquired two African Fertility Statues—not knowing they would become some of our most popular exhibits.

Thousands of women have testified that, after trying to conceive for years, they got pregnant after laying their hands on the legendary statues.

Baulé tribesman of the West African nation of Côte D’Ivoire hand-carved the statues from ebony wood in the 1930s with primitive tools. They stand five feet high and weigh over 70 pounds each!

According to tribal legend, the statues are to be placed on either side of a doorway leading into a bedroom in order to ensure a couple’s fertility. If a woman or her spouse touches either statue as they enter the room, they will soon get pregnant. African legend does not specify where one should touch the statues to ensure fertility, but, for many, it does not seem to matter. 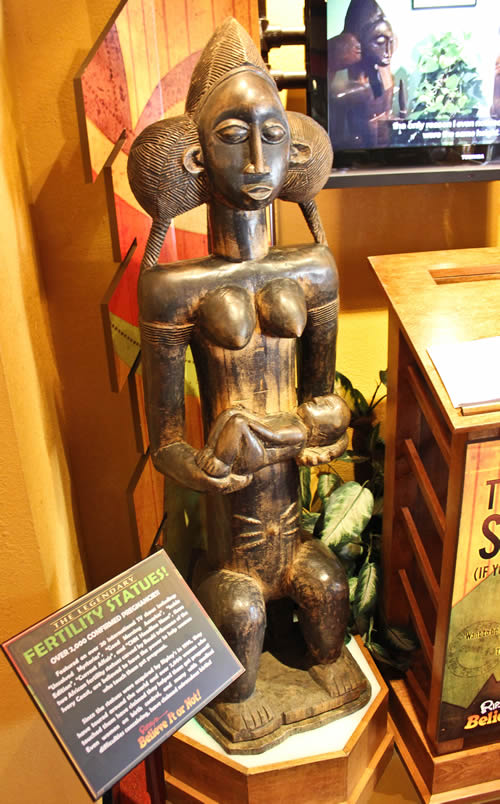 Ripley’s Believe It or Not! Grand Prairie
601 E Palace Pkwy
Grand Prairie, TX 75050
(972) 263-2391
The statues are on display for a limited time and dates are subject to change. Please contact us before planning your visit.