Shop / Other Titles / Sideshow and Other Carnival Curiosities 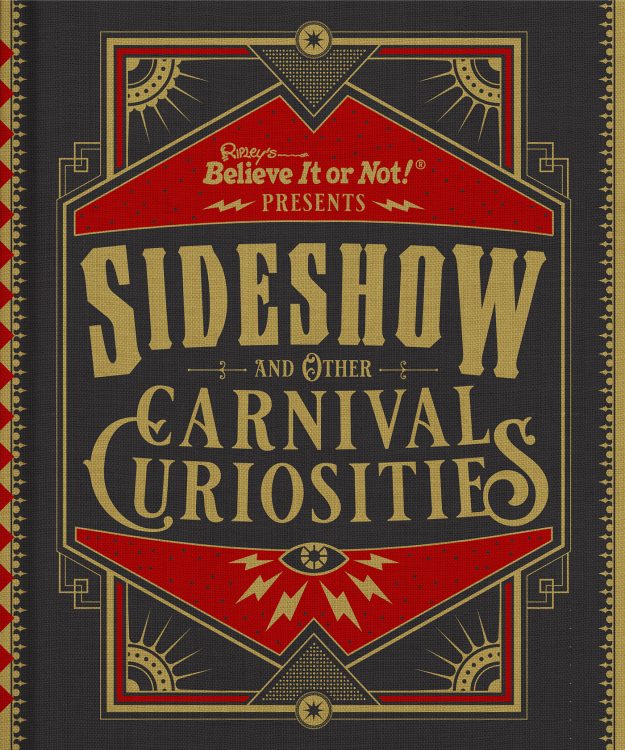 Sideshow and Other Carnival Curiosities

From displays of the human form—both beautiful and grotesque—to tricks of illusion, and wonders from the far-off world, the sideshow has captivated audiences since its popularity arose in the Victorian era. It was those featured on the side stages of circuses, fairground midways, and halls of exhibition that still captivate our curiosities today. Ripley’s Believe It or Not! Presents Sideshow and Other Carnival Curiosities brings those performers to life.

Beyond the oohs and ahhs, readers will learn the true stories behind some of the most fascinating acts in both sideshow history and modern times. Readers will take a deep dive into the Fiji mermaid, one of the most famous sideshow artifacts of all time—an ingenious hoax made from several apes and a fish, cleverly sewn together. They will meet Avelino Perez Matos, one of the earliest known “eye poppers” that could bulge his eyes more than a centimeter out of their sockets at will, and the Seven Sutherland Sisters, who shared 37 ft of hair between them—a length exaggerated later in their career by the famed P.T. Barnum. Stepping into the sideshows of the 21st-century, readers will also be introduced to a new cast of characters, including “half-man” Aaron Wollin aka Short E. Dangerously. Rich in history and full of photography, Ripley’s Believe It or Not! Presents Sideshow and Other Carnival Curiosities is a compendium of curiosities not to be missed!

There are no reviews yet.