10 Questions For The Man Who Lives In A Plane

"My philosophy is: Don't get trapped." 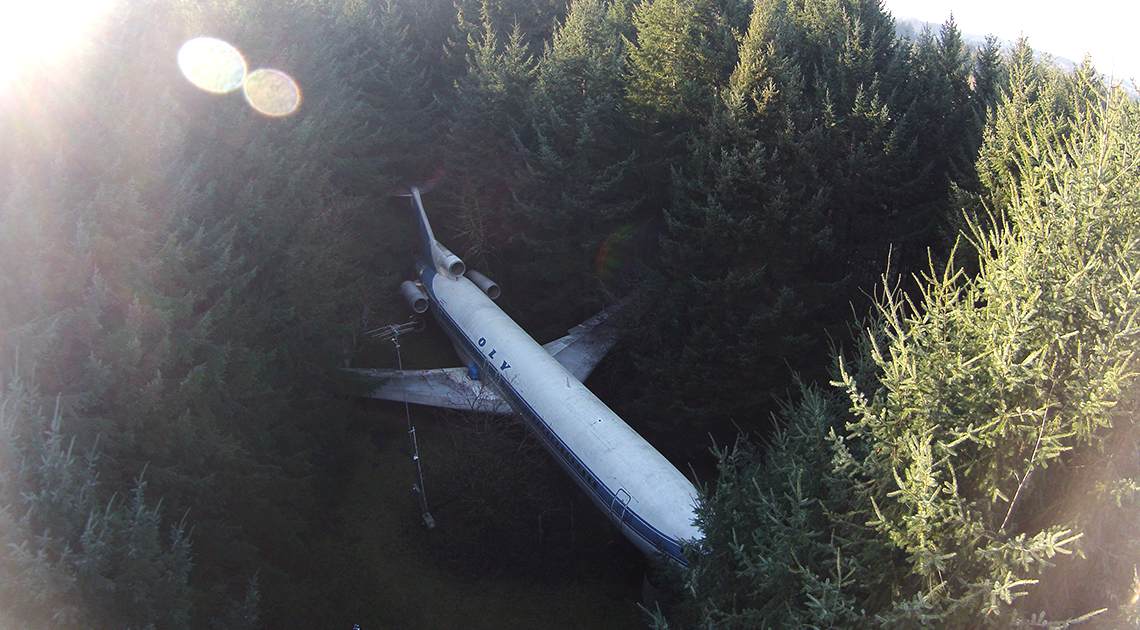 EDITORS NOTE: This article serves as an interview Q&A between Ripley’s contributor and Notcast host, Ryan Clark, and the man who lives in a plane, Bruce Campbell. From vampires in New Orleans to Skunk Apes in South Florida, Ryan has seen it all on his many Notcast adventures.

It has everything he needs.

Sleeping area. Living quarters. A primitive shower. And, according to him, it’s constructed much better—and will exist a lot longer—than the average American home.

So, he lives in an airplane. In the middle of the forest. In Oregon.

We caught up with him for a recent chat where we talked about everything from philosophy to economics. So, here are 10 questions with Bruce Campbell—the man who lives in a plane. 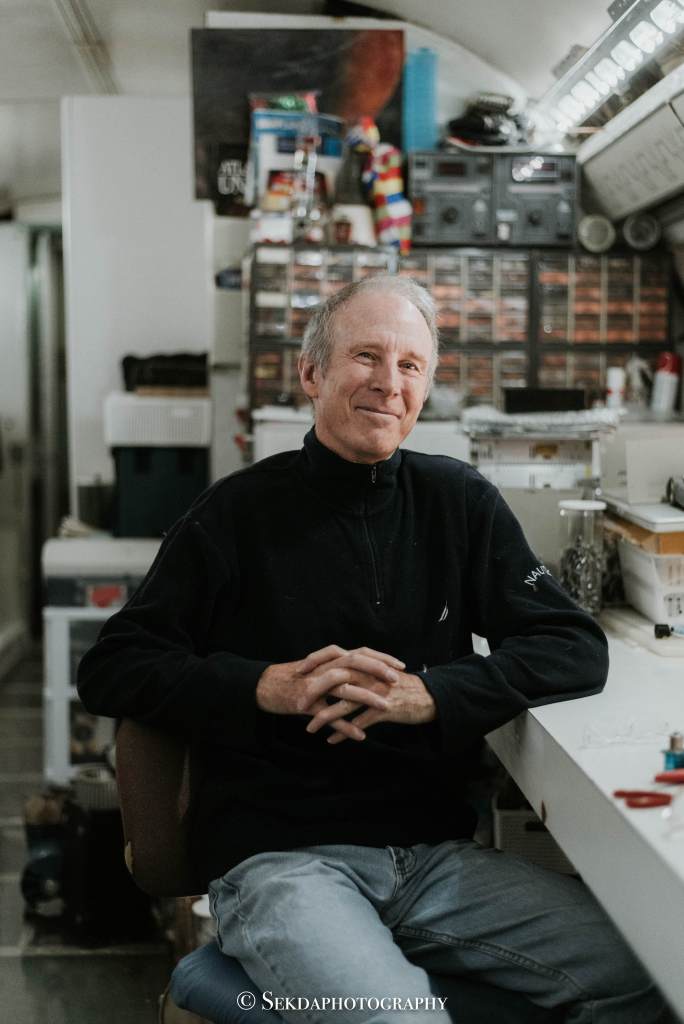 Ripley’s: Can you just kind of introduce yourself for us real quick, and just give us your age and where you live and all that good stuff?

Campbell: OK. I’m Bruce Campbell. I’m 70 years old and I live in Hillsboro, Oregon, which is outside of Portland, Oregon.

Ripley’s: You know you’re not the only famous Bruce Campbell in Oregon, right? The host of our Ripley’s Believe it or Not! television show is Hollywood’s Bruce Campbell, from movies like Evil Dead.

Campbell: (laughs). Yes, I know. I’ve gotten quite a few calls and letters and have to tell people I’m not that Bruce Campbell. They seem disappointed.

Ripley’s: So I assume, like myself, you are an airplane enthusiast.

Campbell: My parents were Air Force officers and I was born shortly after the war, and I always lived near bases during my youth. So I always saw the jets practicing overhead, and I became a pilot. Although, I wasn’t a jet pilot, an Air Force pilot, or a commercial pilot—just a private pilot. And I’m an engineer. So the jetliner home concept evolved from the nature of my life rather naturally. And it’s not so much that I was a fan of aircraft as that they’re simply part of my life. 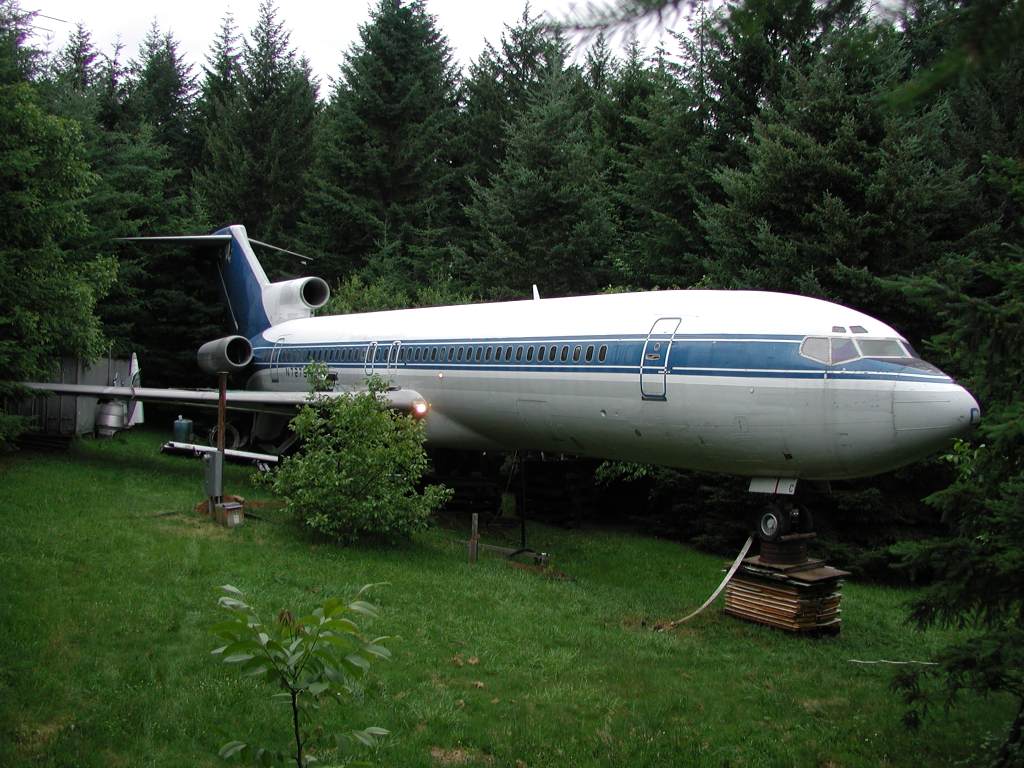 Ripley’s: Did you move around a lot? Or did you settle in the Oregon area? How did that become part of the mix?

Campbell: Well, being an Air Force brat, like any military brat, we were base-to-base-to-base as officers were trained on different equipment and had different reasons to stay sharp. After World War II, and the Cold War with the Soviet Union, the time was tense. So officers were trained. So it was common. And then, after college, I moved to Oregon and stayed in Oregon for quite a long time.

Ripley’s: How did you come up with the idea of living the way you do—in a plane?

Campbell: Well, I didn’t want to marry, I didn’t want to have children, and I didn’t want a mortgage. I wanted to move my stuff so that I could travel the world. So I did purchase property because it was cheap, and I knew I could pay for it. I became a more seasoned engineer by that time, and I kept asking myself, ‘What’s the best material and fabrication technology that my money can buy?’ And there’s simply no performance comparison between the ordinary home and a jetliner. There it is. It really is true. You know, they make fabulous homes.

Ripley’s: So, what kind of airplane are you in right now?

Campbell: Right now it’s a Boeing 727-200. This plane was the last flight taken by Aristotle Onassis. Jacqueline Onassis’ keester was in one of my seat cushions. She and Ted Kennedy escorted Aristotle Onassis back home for his burial in this plane.

Ripley’s: And do you have, say, a living room, dining room, kitchen? How does that work?

Campbell: Well, I’m still single, no kids, and I like it that way. But I do have a lot of flexibility here in Oregon. Basically, it’s an open cabin structure with most of my living arrangements in the aft section of the craft. There’s a lot of restoration work to do. It’ll basically last longer than I will. For me, it’s a lifelong endeavor. 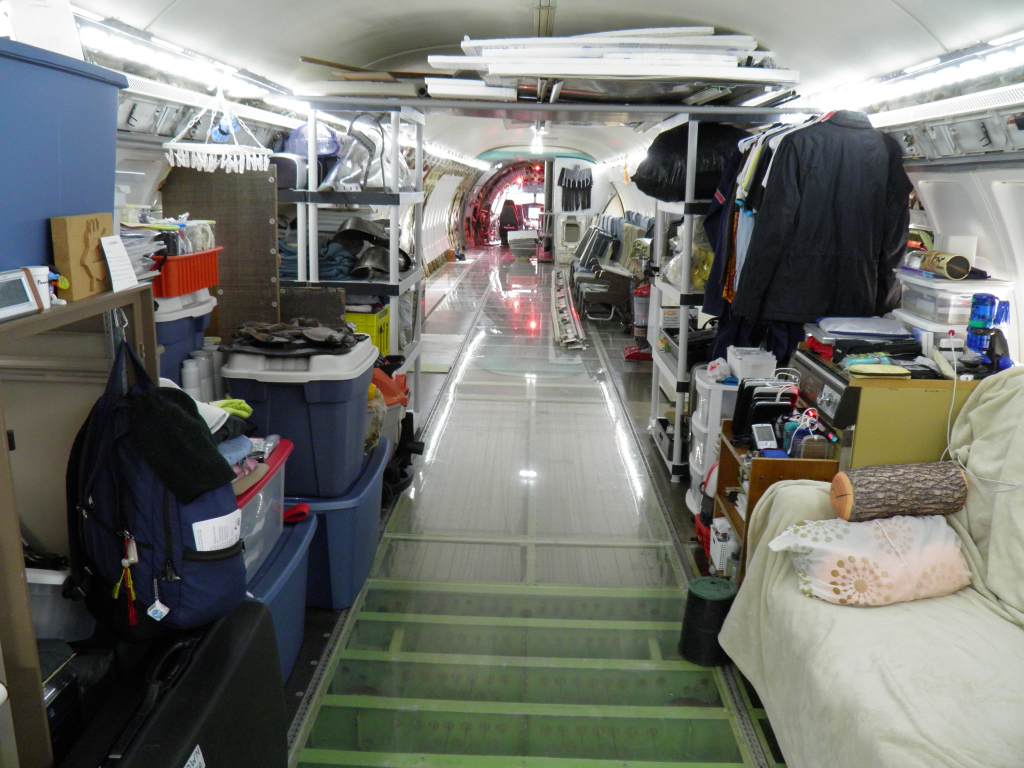 Ripley’s: I was wondering, how much did you spend on the refurbishing of the bird?

Ripley’s: OK. Really, just two other things. One, there seems to be this movement now where people are going to micro homes, or living in their cars and just driving around the world and this kind of alternative kind of living. You seem to have been leading that charge, maybe unknowingly.

Campbell: Yes, unintentionally. It was never my vision, but I respect those who are tiny home residents or tiny home explorers. And I certainly understand the rationale—remaining free so that you’re not chained to a mortgage and so you have more than limited options in life. It makes a great deal of sense. Our lives are short and it’s important to remain flexible. At least it seems that way to me. My philosophy is don’t get trapped. If you become trapped with obligations that you cannot escape, then your options in life are very limited. So it’s best, in my personal opinion, to avoid becoming trapped.

Ripley’s: And then lastly, did you ever foresee the media frenzy that has surrounded you after you decided to do this?

Campbell: Yeah. It was so entirely unexpected. But it’s been a good thing. My life has been substantially enriched by the combination of media and guests. I’ve learned a great deal from both. Now, I’ve gained exposure locally, which I would not have gained otherwise. It has enriched my life greatly.

Previous post The Larger Than Life Park Of Past Presidents