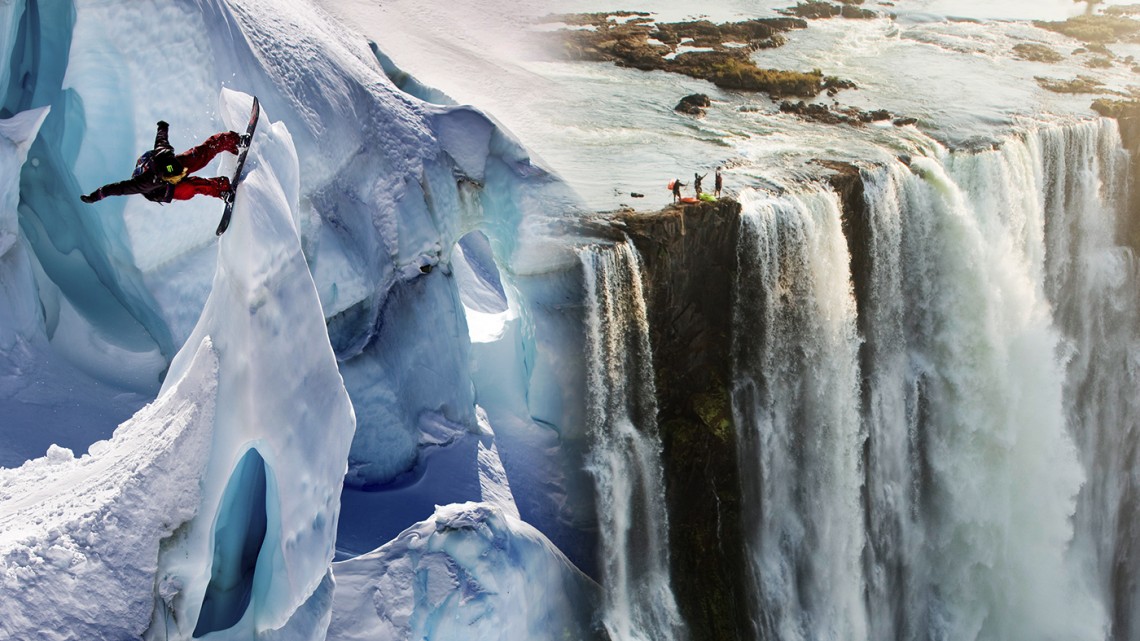 If you read our book or blog you already know that people do some daring things everyday just for the thrills. Except these featured adventure seekers like to literally take it a step higher with their high-altitude feats.

From our best-seller book, Dare To Look!

Skiing On a Glacier! 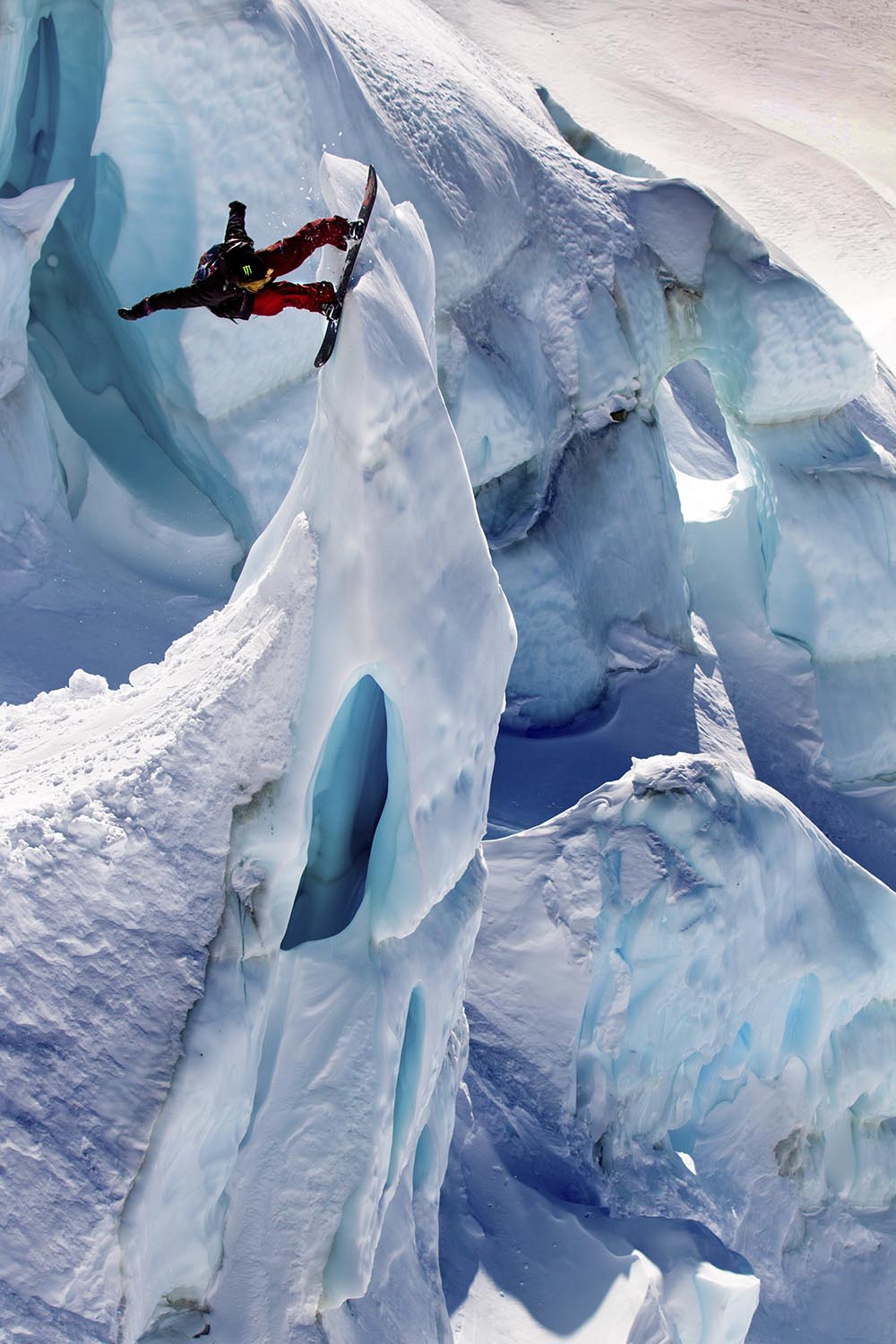 Turning the glistening glacier into their own extreme playground

Mark Sollors teeters on top of a giant natural quarterpipe on the side of glacier with a 40-foot drop to greet him if he doesn’t land correctly! The glacier is so remote that he was transported by helicopter! 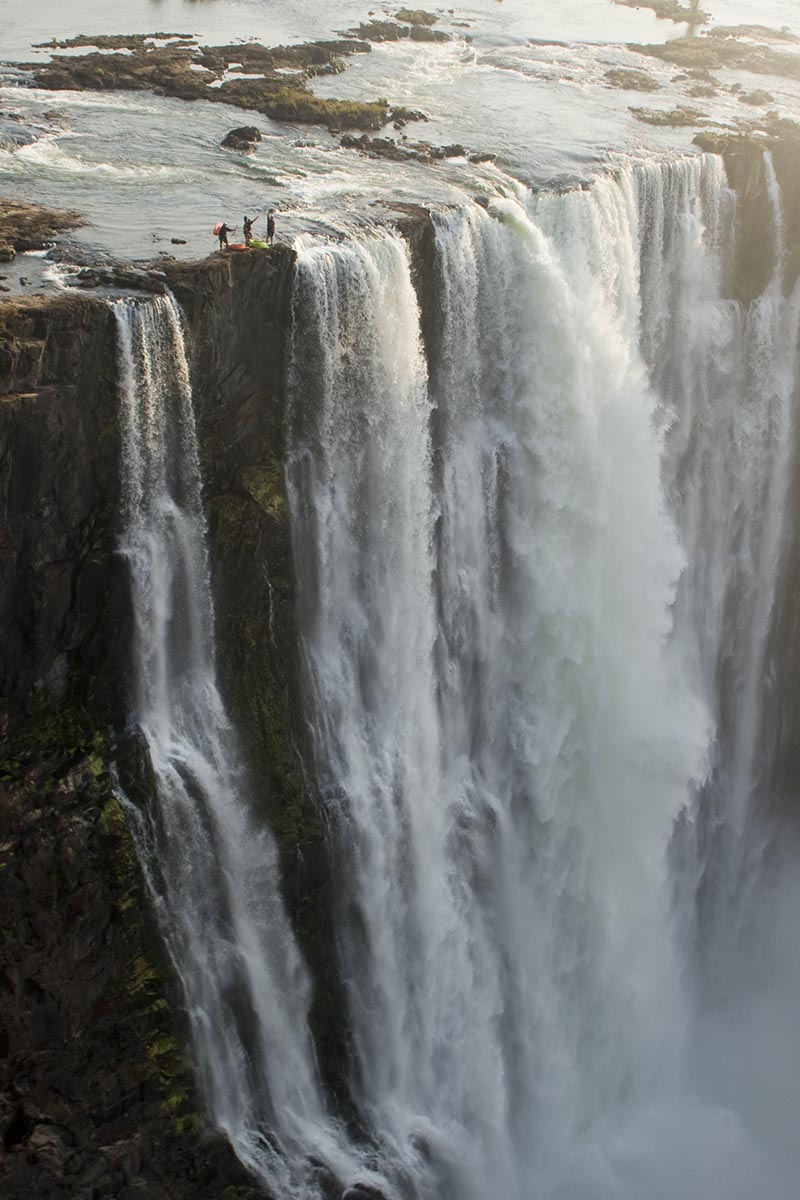 Looking 350 ft. down. No one has ever survived a fall down Victoria Falls.

Steve Fisher, Dale Jardine, and Sam Drevo paddled to the edge of Victoria Falls—the tallest and biggest waterfall in the world.

They’re looking down 350 feet in this picture!

No only is the destination dangerous but the journey is as well. The river running between Zambia and Zimbabwe is filled with Hippos known to be extremely aggressive to humans and often considered the most dangerous animal in Africa! 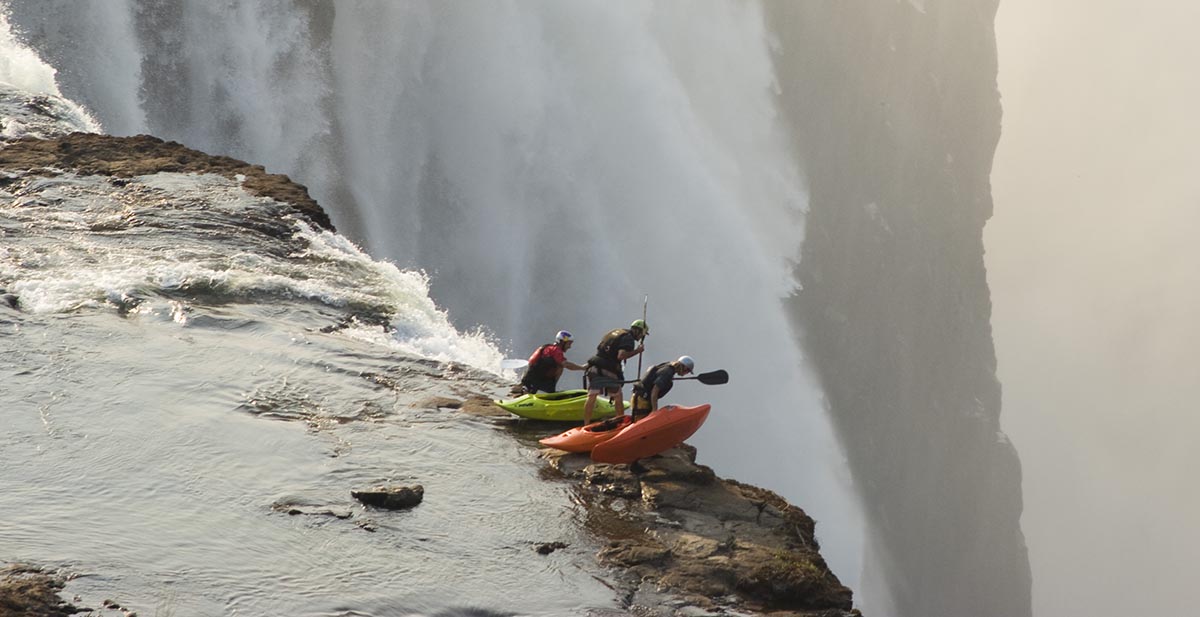 Looking over the edge of the tallest waterfall in the world!

Flipping Off the Mountain 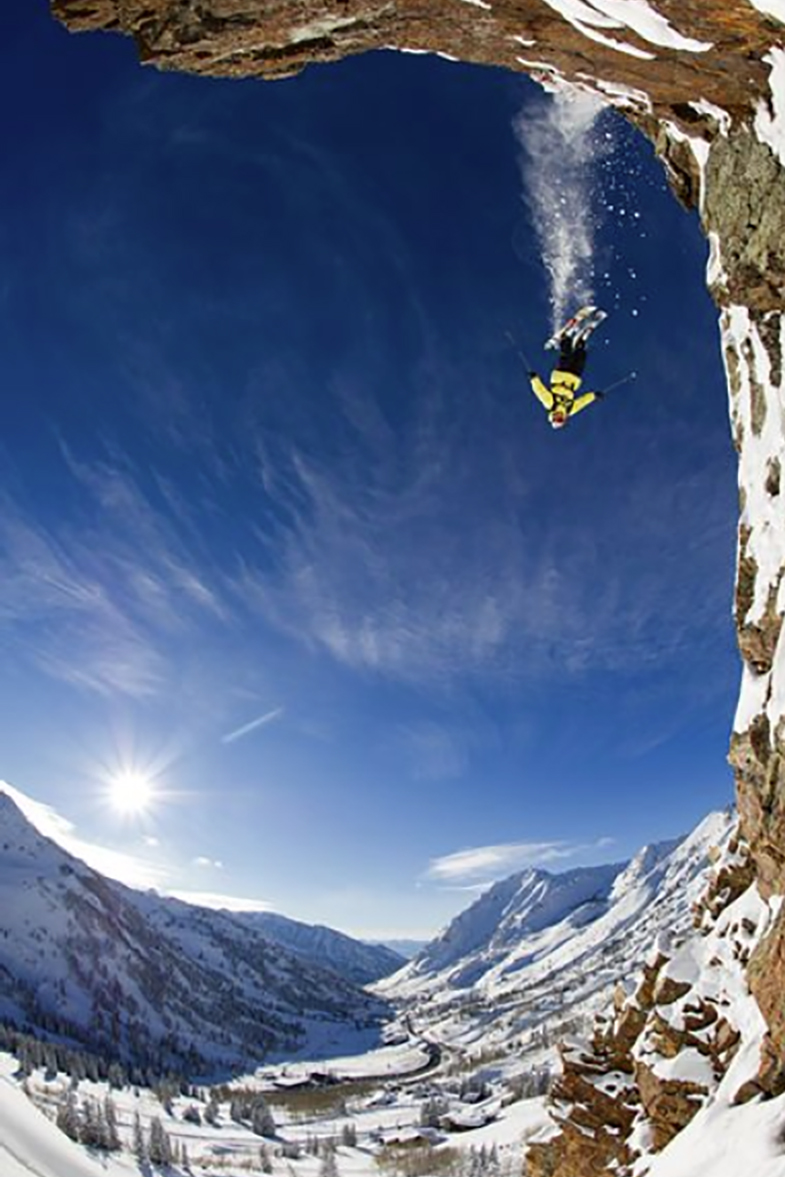 Julian Carr does his trademark flip off a 60-foot cliff in Utah’s Alta Ski Resort!

Concert in The Clouds

That’s how high up Musician Oz Bayldon played on the top of Mera Peak in the Himalayas. The band trekked up the mountain with three guitars, an iPad, and a speaker.

Once at the top, they played a 40 minutes set for 14 people including mountaineers! 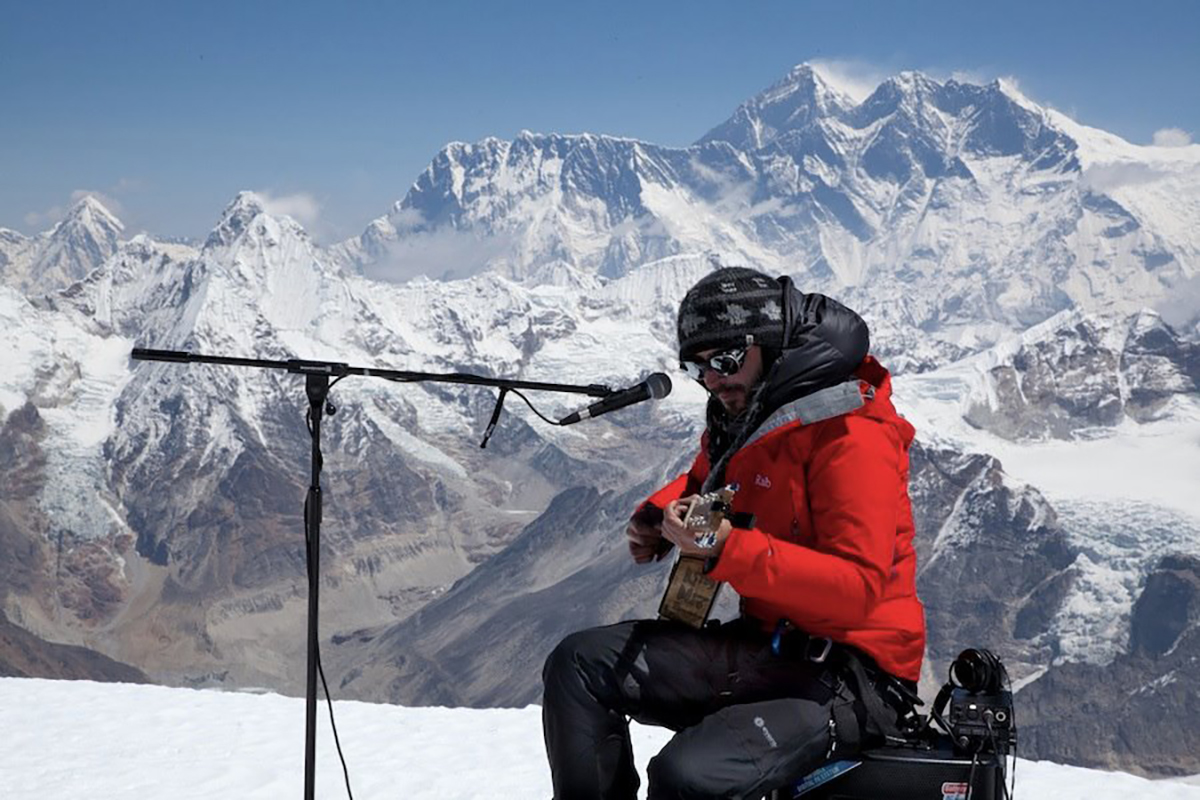 Tomas Bergemalm spent months planning this 600-foot (183 meter) plunge down a French Mountain. He claims this will be his last, as he’s planning to retire to a less adventurous lifestyle. 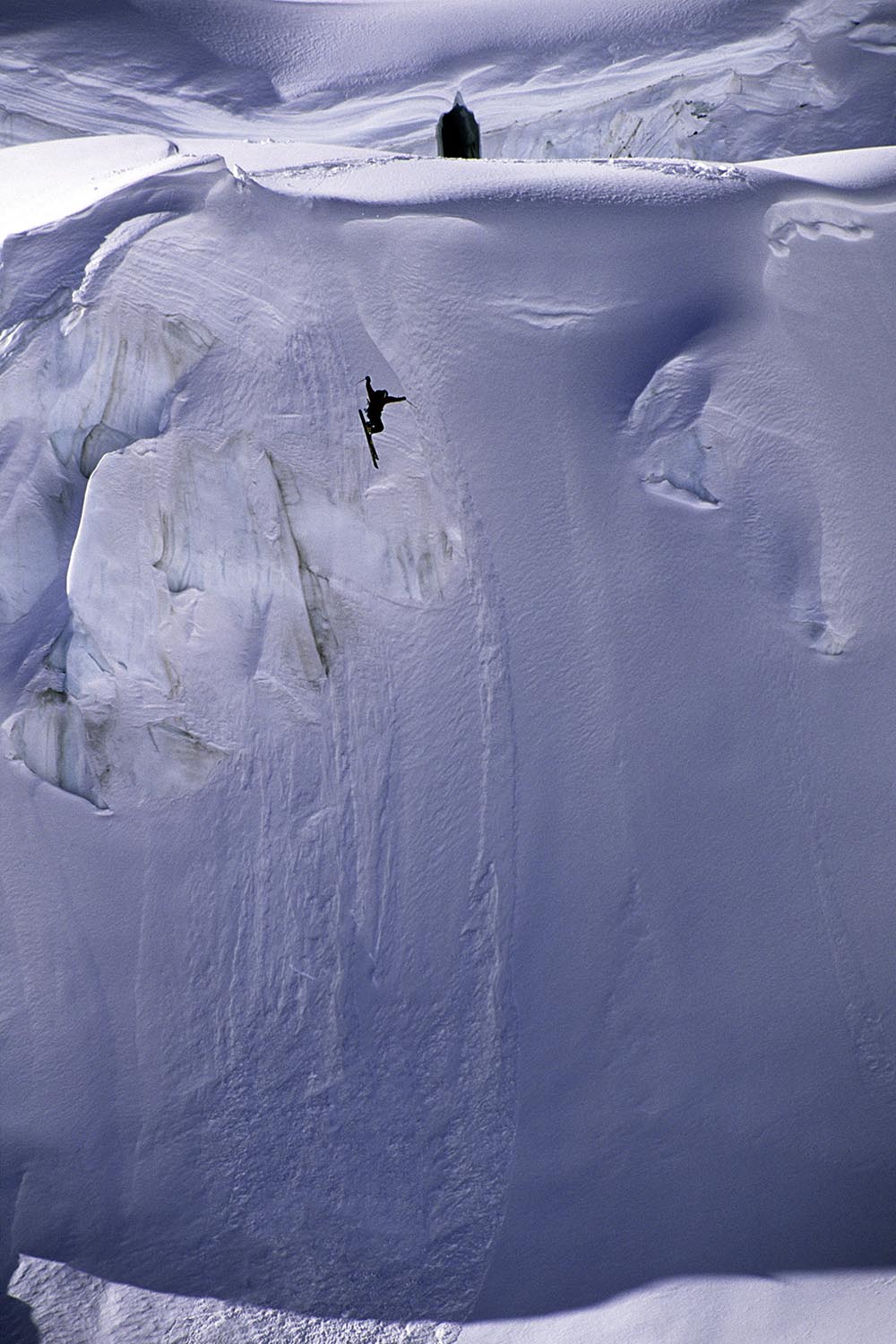