The model required 35 gallons of glue.

His models are intricately detailed, stunningly huge, and all completely and entirely made from matchsticks while being kept painstakingly to scale.

Patrick began modeling matchsticks in 1977. What started with smaller models of buildings, trains, ships, and planes has been super-sized.

Ripley’s Believe It or Not! has 20 matchstick models made by Pat on display at our various Odditoriums. 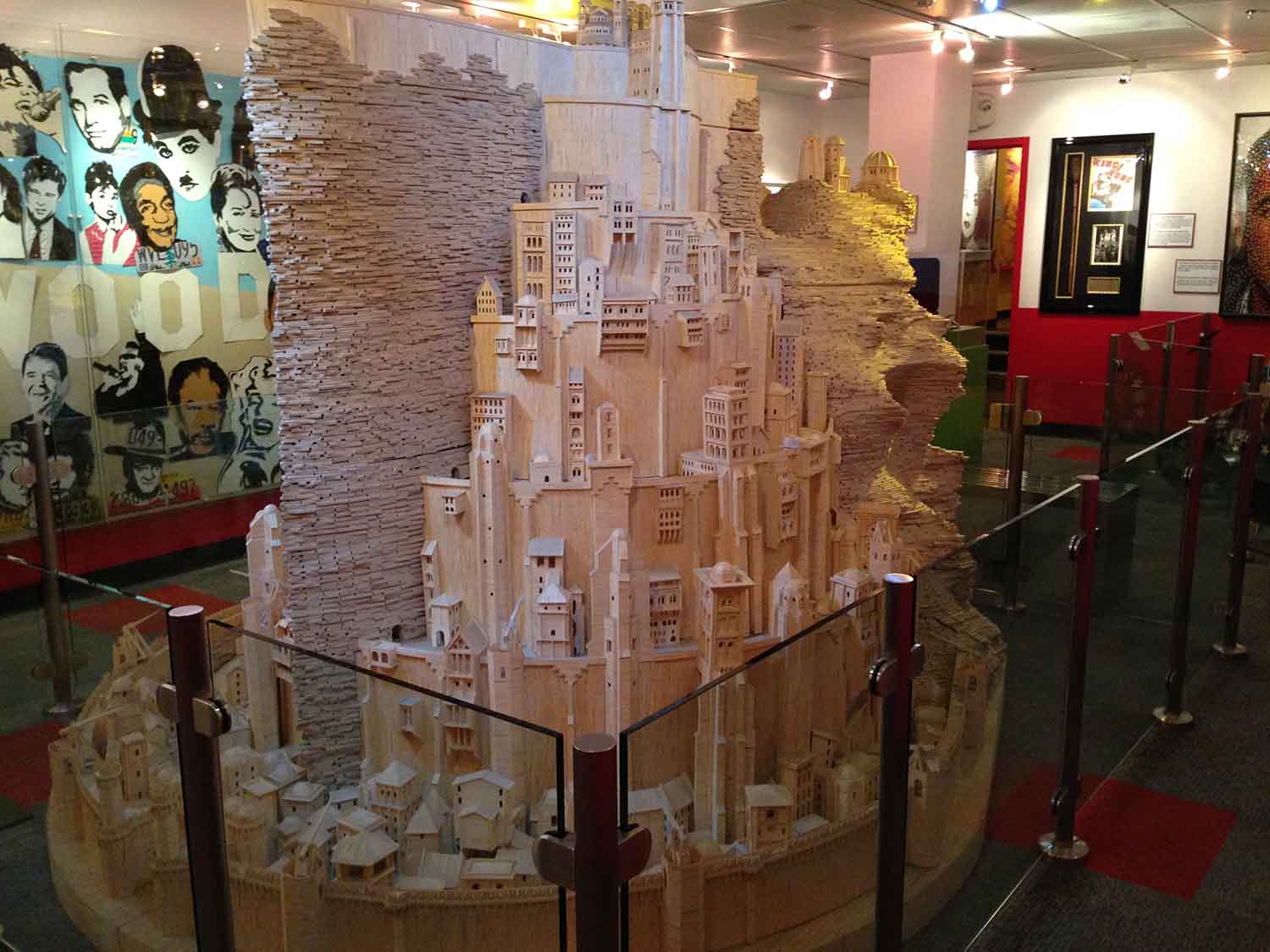 Minas Tirith at the Hollywood Odditorium 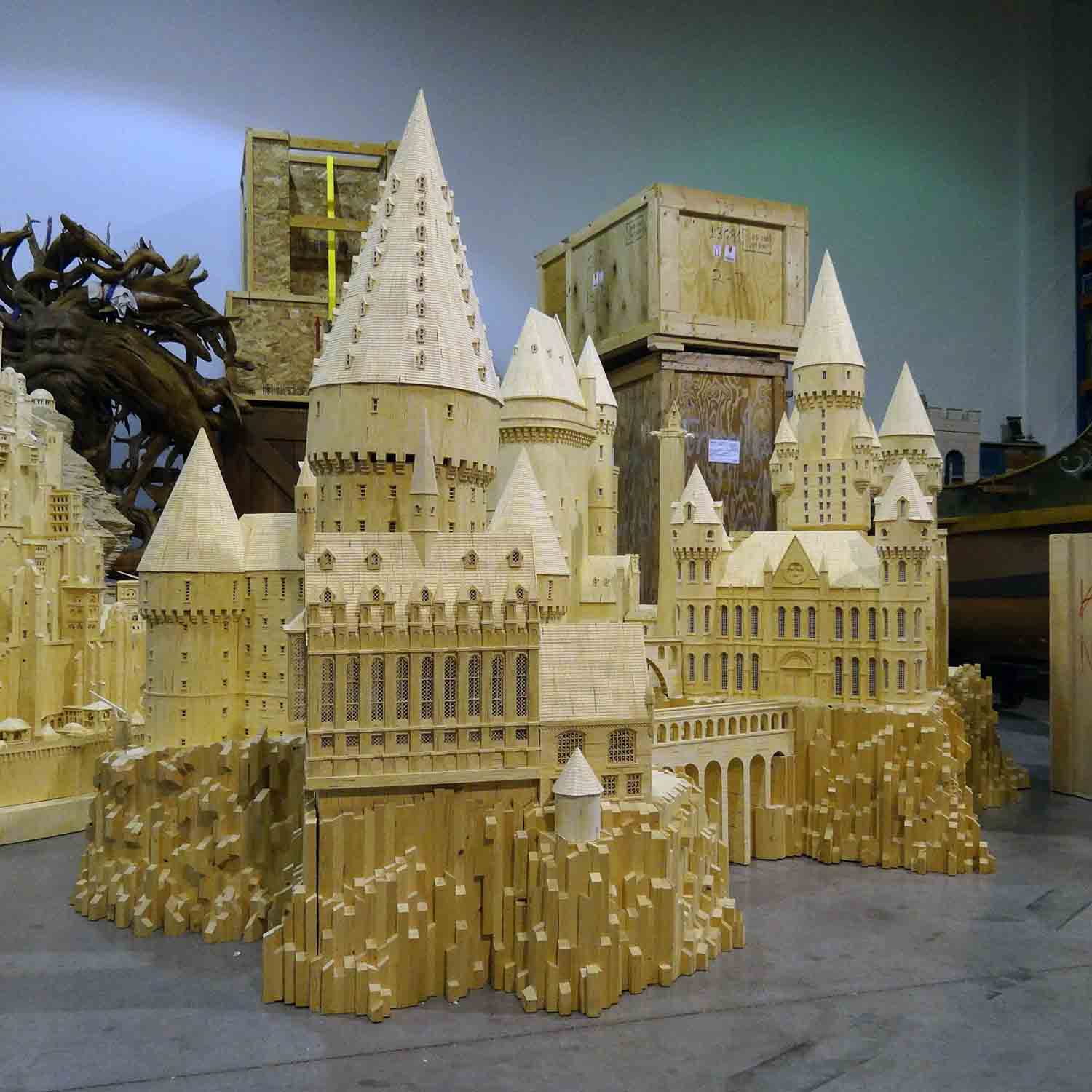 Hogwarts School of Witchcraft & Wizardry at our Baltimore Odditorium 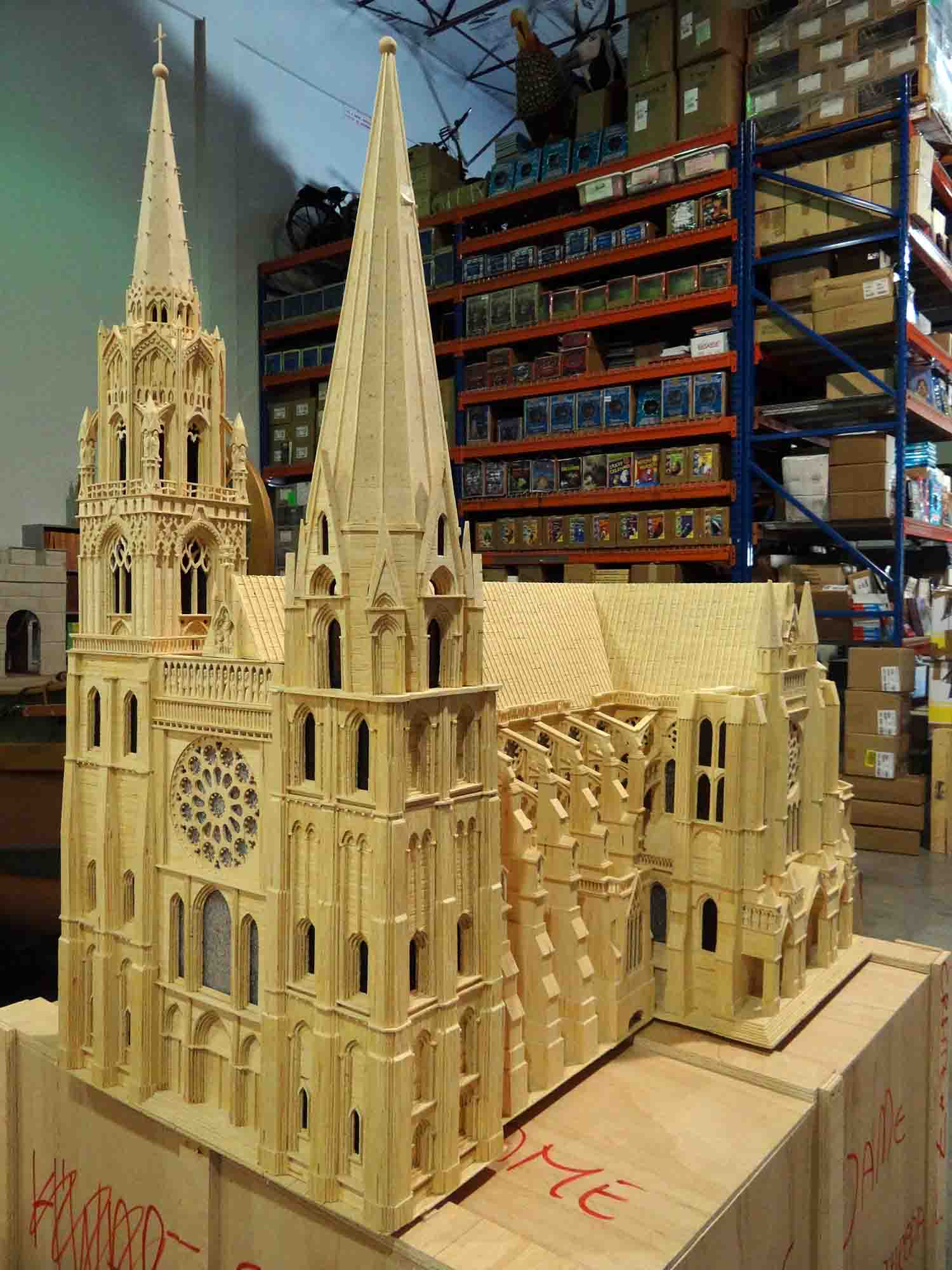 His newest piece, the Plane Loco, is on display at the Times Square Odditorium in New York City.

The Plane Loco is modeled off a turn of the century steam locomotive that Pat then blended elements from DaVinci’s flying machine into a flying locomotive.

Inside the interactive cabin is a working bell, firebox, reverse/forward gear, brake, and throttle.

“Regardless of all the planning, it still comes down to gluing one stick at a time.” -Pat Acton

The train is made up of over one million matchsticks and 35 gallons of glue. 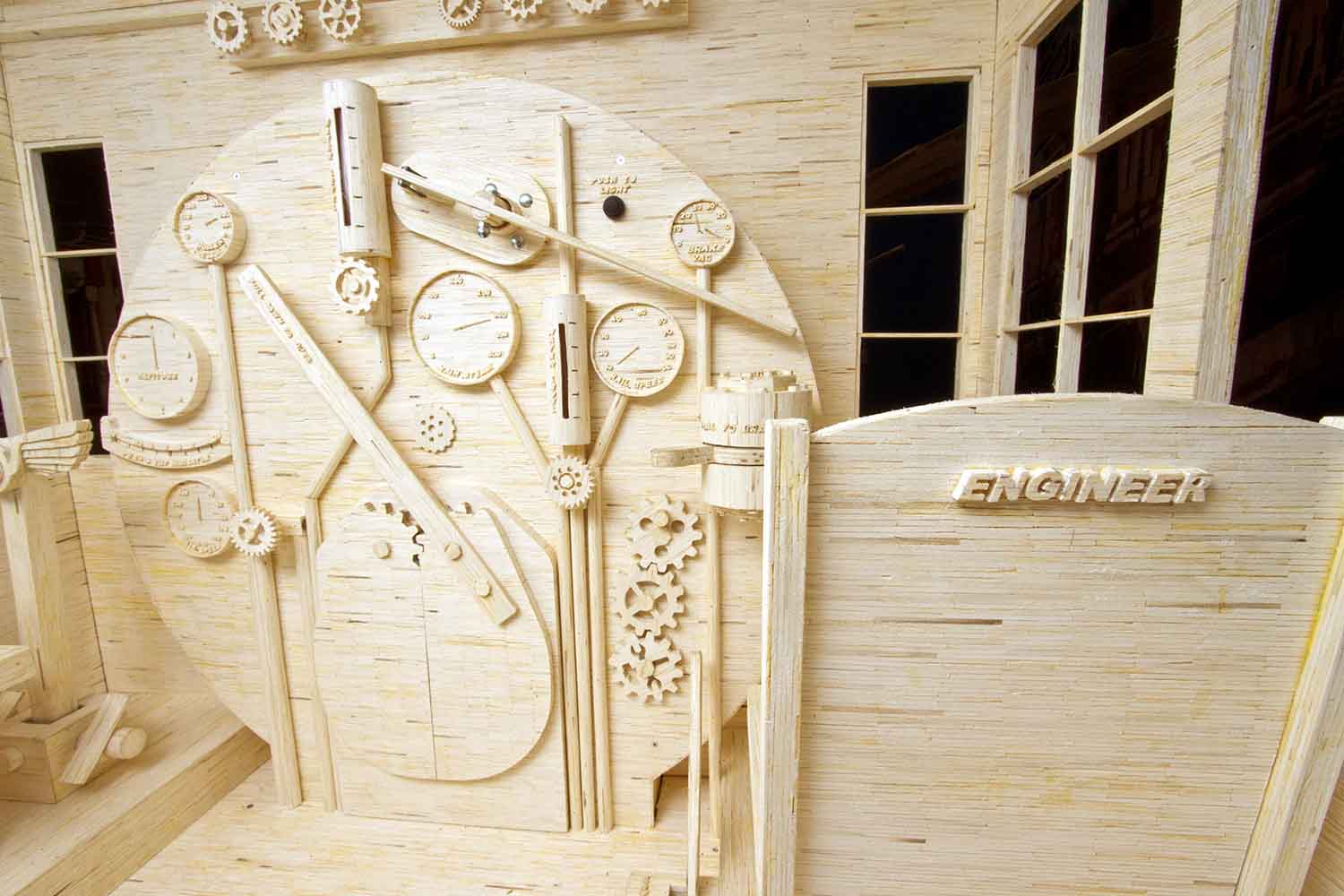 Inside of the Plane Loco

Where do you get that many matchsticks?

For many years Pat would buy out drug and grocery stores of all their matches and cut off all the sulfur tips by hand.

Now he buys his matchsticks in bulk, but in order to get them without sulfur tips, he has to make minimum orders of $500.

Pat currently is drawing up plans to make a giant two-headed dragon. 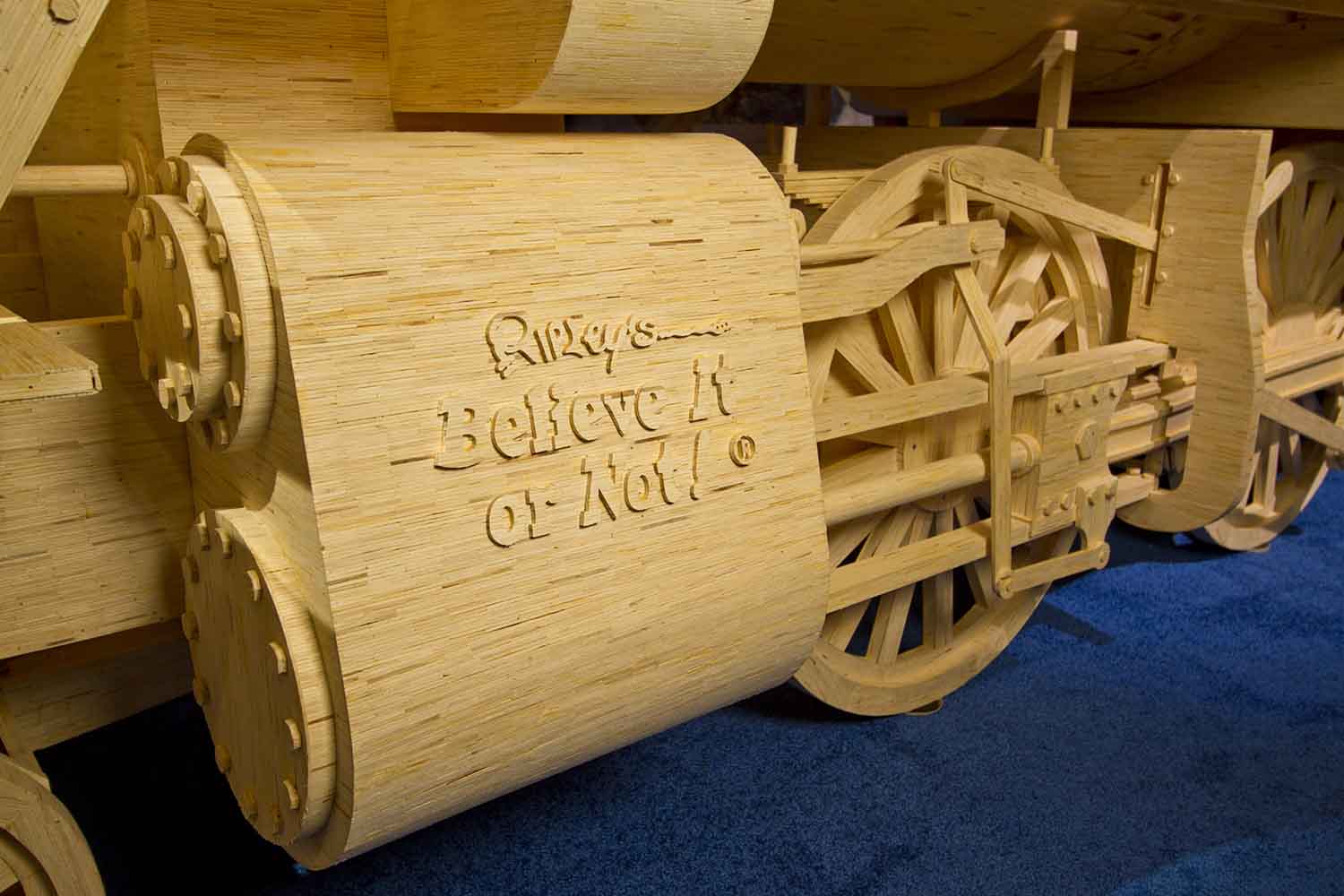 Next post The Unique Trench Art of WWI Soldiers

Previous post Ripley’s Owns Over 40,000 pounds of the Berlin Wall