"It's like riding a bike" has certainly taken on new meaning.

Lea Schaepe of Potsdam, Germany, has taken the phrase, “It’s like riding a bike!” to a whole other level. Practicing the 130-year-old sport of artistic cycling, Lea has learned to ride her bike in many unconventional ways—from the handlebars and beyond. Having won a dozen national competitions in Germany, Lea’s taking her bike to the streets! 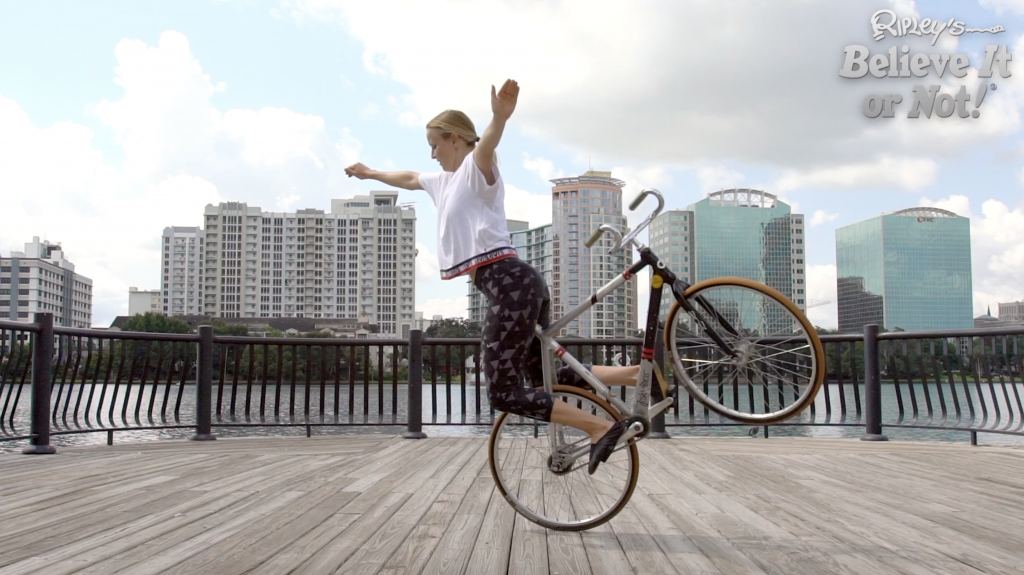 Believe It or Not!, performances can consist of up to six people. Multi-person teams can use multiple bikes, switch, ditch, and share!

Next post Pop Occulture: Pulling Back The Veil On The Oddities Market