Bat Bombs Were In Competition With The Atom Bomb

The bats were kept in ice-trays to hibernate. 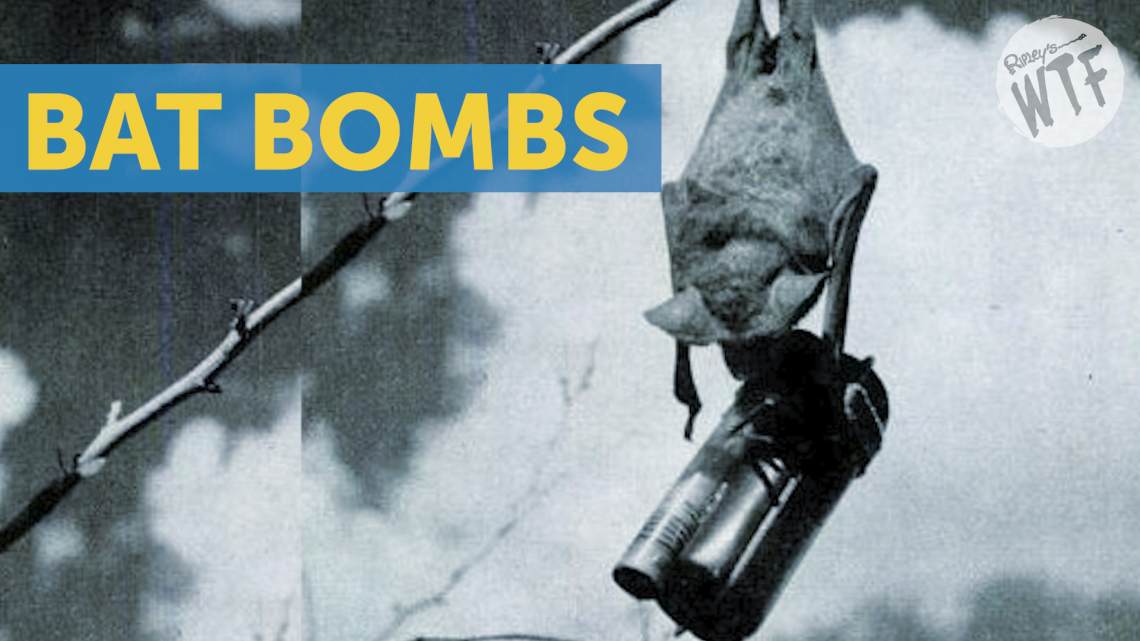 After hearing about the devastating attack on Pearl Harbor in December of 1941, Pennsylvania dentist and inventor Lytle S. Adams hatched a scheme to use bat bombs to attack Japanese cities.

The plan was relatively straightforward, strap small incendiary bombs with timers to bats, and release them above Japanese cities. The bats would roost inside buildings and homes, allowing the small bombs to do maximum damage.

Adams happened to know Eleanor Roosevelt, and so his crackpot scheme was not immediately dismissed by military personnel. The President’s advisors actually took up the plan with enthusiasm, and wrote to generals reassuringly, “This man is not a nut!”

By 1943, the U.S. Army was conducting serious tests. Thousands of bats were captured with nets, and were placed in ice cube trays and cooled so that they would be in hibernation mode when shipped overseas. As the military did more research, they were beginning to like the plan. 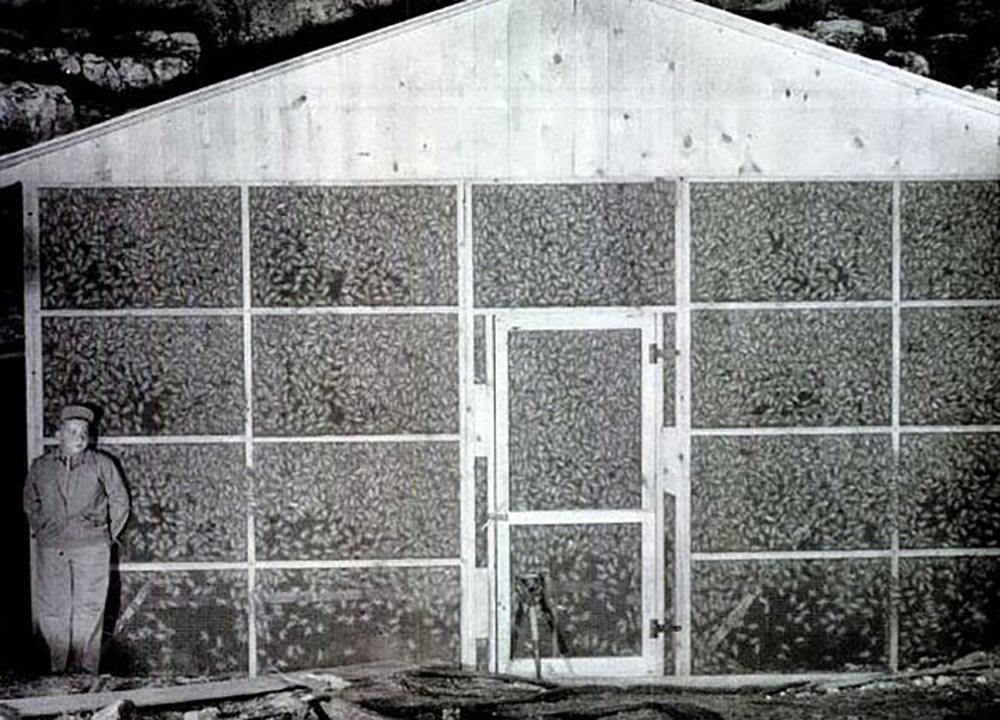 They found that bats can carry almost double their own weight in flight and that their nocturnal behavior made them perfect for sneaking into rooftops and structures undetected. The inventor of napalm served a brief stint on the project and said the bat bombs yielded 30 times the destruction of conventional incendiary bombs.

They were so good at secretly penetrating buildings, that when a few escaped testing, they managed to destroy a fuel tanker, air hangar, and a general’s car. Clearly they could be destructive, but more work was needed to deploy them effectively. 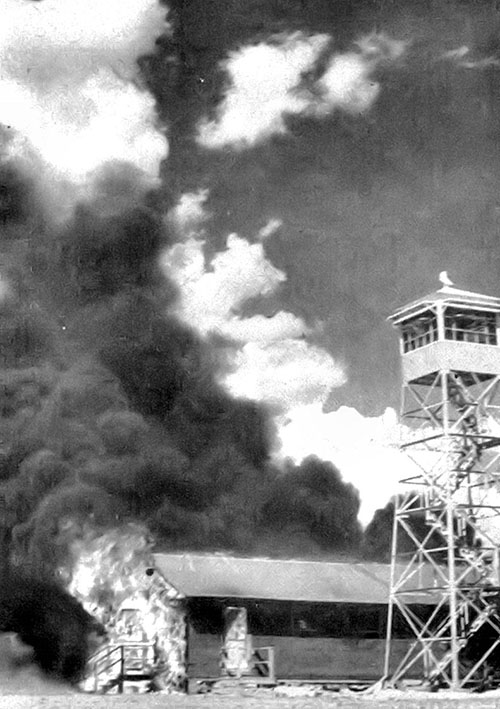 The Marine Corps took over the program as high command wanted one million bats ready to launch on Japan as soon as possible. The bats were to be loaded into bomb-shaped cages filled with stacked trays, each payload holding about 1,000 bats. The cages would be dropped by B-24 Bombers from 5,000 feet, parachutes would deploy at 1,000 feet, and the bats would be let out and spread over a large area to infest buildings.

Project “X-Ray,” as it was renamed by the Marine Corps, was up against stiff competition to finish development. Scientists working on the Manhattan Project were rumored to be close to completing a new and devastating weapon. After 30 demonstrations and $2 million, X-Ray was canceled after projections didn’t anticipate they would complete manufacturing until 1945.

Next post Growing Together: The Love Trees Of St. Augustine