A Beast In The Woods: The Legend Of Boggy Creek

Bigfoot or cinematic prank? While we’ll never know for sure, maybe it’s best to visit Fouke for yourself. 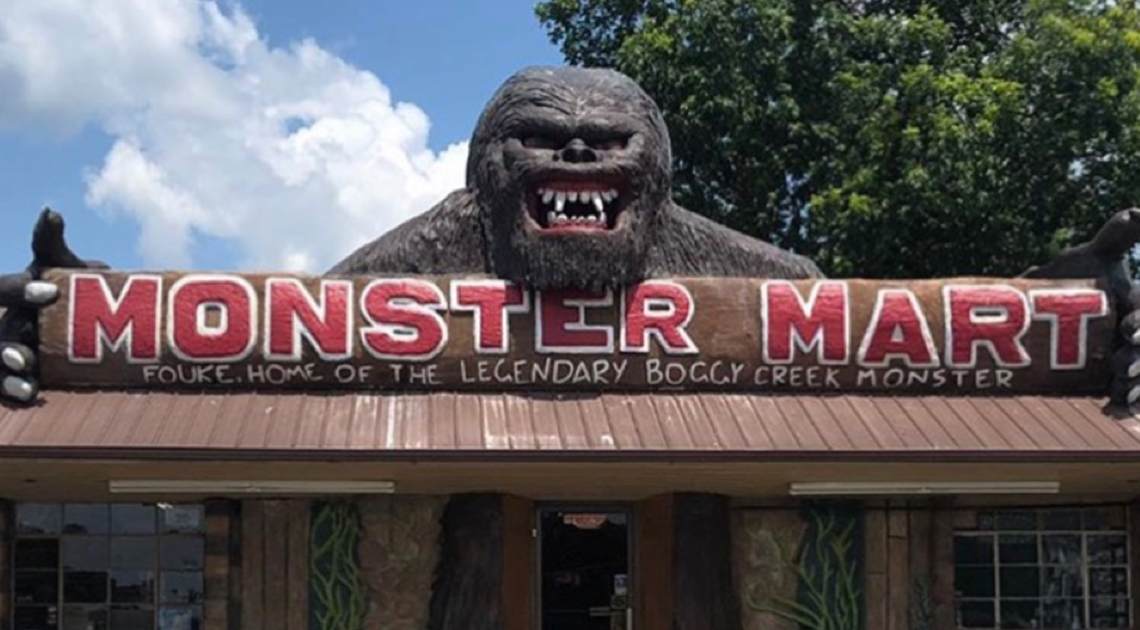 Fouke, Arkansas—They say that when you come to Fouke, Arkansas, you have to visit the Monster Mart. Besides grabbing a soda or a snack for the road (my travel companion and I highly recommend a slice of their pizza), you can also visit the official museum dedicated to the beast of nearby Boggy Creek.

That’s really what this town is known for—The Beast. I wouldn’t be surprised if this creature was “old news” for many travelers as, for decades, there have been legends of a bigfoot-like creature roaming the swamps and woods of this little southern town.

The Legend of Boggy Creek

The reports of this creature became so popular that, in 1972, a very low-budget movie was made about the topic—a mockumentary of sorts that combined eyewitness testimonies with a bit of Hollywood fiction. It was called The Legend of Boggy Creek.

It grew into a cult classic, literally putting the town on the map. The boom in tourists led to the opening of the Monster Mart, their delicious pizza, and, most importantly, their museum, which features artists’ renderings of the beast, stories, movie posters, and artifacts.

Our draw to hunting down all that’s wild and strange was what led us to visit this monster-ridden small town. People have been coming here for nearly 50 years and we wanted to add our names to the list. And it doesn’t take long to find those around town who claim to have seen the monster.

Reba Killian, a regular at the Monster Mart, has lived in Fouke her whole life and was our first encounter. Killian lives in a rural house surrounded by woods just off Highway 71. She says she and a friend first saw the beast when she was about 12 years old but, after telling her parents, she was instructed to keep quiet. Killian’s grandfather was prominently featured in The Legend of Boggy Creek, and her parents knew what kind of attention her story would attract.

The family did not want that kind of scrutiny again.

“He got so much crap,” Killian said. “Then, after we got grown we decided, you know, whatever the consequences, we know what we saw.”

“We’re not trying to convince anyone. We’re just telling our story.” 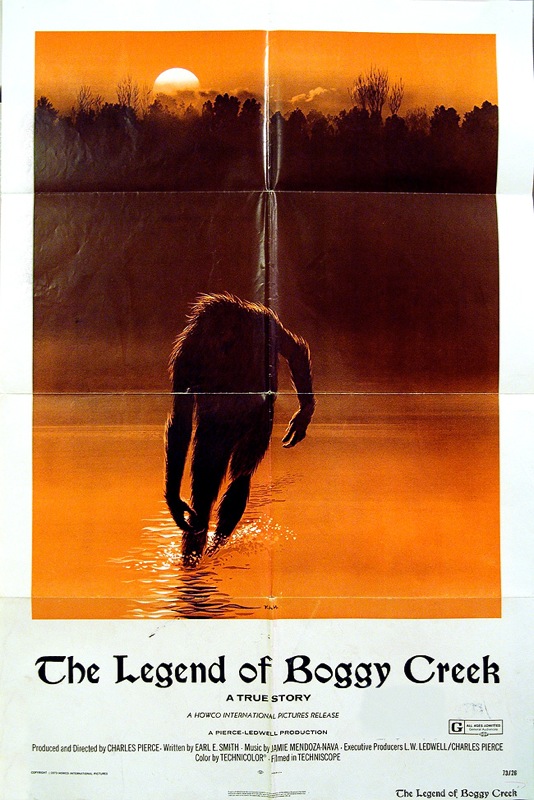 “A Thing That Big Could Kill Us”

It was a beautifully sunny Sunday when Reba Killian and her friend Karen were riding in the cab of her parents’ truck. They were looking out the back windows when they noticed something odd step out of the nearby woods.

“It stepped out into the middle of the road, turned, and looked in our direction,” Killian said. “Of course, we both went into total shock; we couldn’t believe what we were seeing. And it just stood there. It seemed like forever, but it couldn’t have been but just a few seconds. And then it turned and walked over into a plum thicket. About three steps and it was all the way across the road. It was huge.”

She explained that it looked human—with a few exceptions. It was very, very tall, much more so than an ordinary man.

“I remember he had really long arms,” Killian said, “And his face was humanistic with a slightly prominent brow range.”

While Killian says many report sightings of the Beast as being black or brown in color, the creature she described was a dark red.

“It was gone pretty quickly,” she said. “But it took time to look right at us—not like it was curious. It just looked at us and turned and walked across the road from us.”

The two girls thought about asking the adults to stop the truck so they could go back and look for what they’d seen, “but we knew my parents wouldn’t believe us,” Killian said. “But you know what? As kids, we were in those woods all the time. After we saw that? We stopped going in the woods.”

“It frightened us that bad,” she continued.

“Because a thing that big could kill us easily.”

Theories Behind the Beast

People in Fouke still allege to see, and hear, the creature to this day. Even now, Killian says she and her family will sit on their porches in the evening hours and listen to the sounds of what they think are the Beasts.

“It’s hard to describe,” she said. “It starts out real low and guttural, and then it goes up to big crescendos. The last time, it stopped and grunted twice, and we got the crap out of there.” 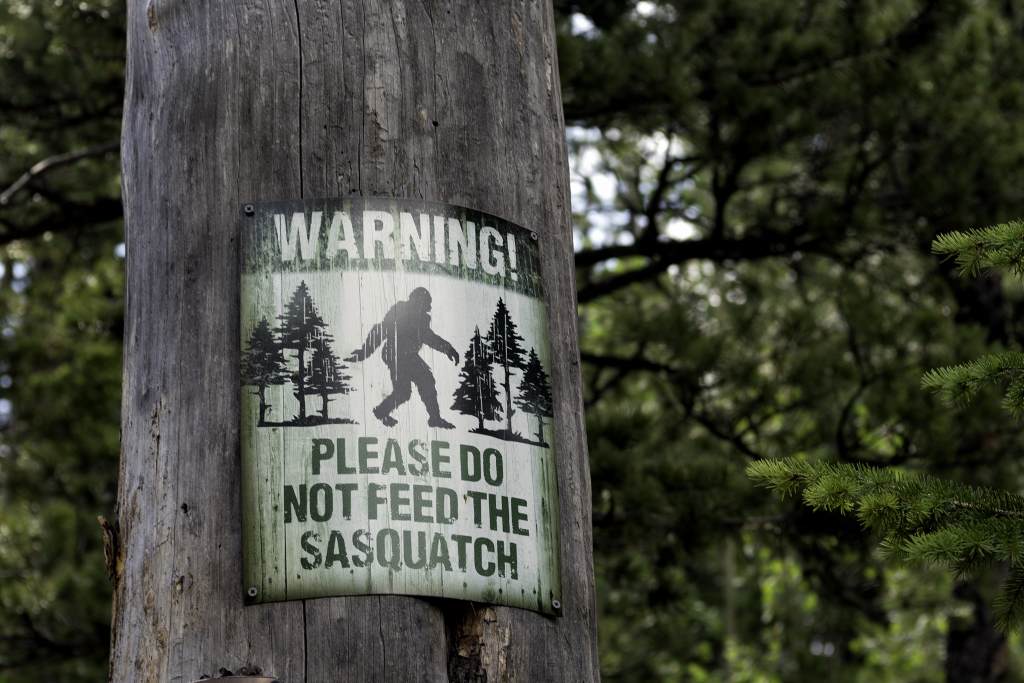 Most people around town have theories about what the Beast could be. Is it an interdimensional being that pops in and out whenever it chooses? Perhaps an animal that has somehow survived extinction? Or is it something even older?

“I mean, this is just my theory,” she continued. “My theory is based on what I read in the Bible and it is just a theory. I mean, there’s nothing to prove it. But maybe the Beast was God’s first creation. So he had to, you know, he decided to try again.”

Maybe. And while we’ll never know for sure, maybe it’s best to visit Fouke for yourself. Just keep your eyes and ears open.

Next post Secrets Of A Greek Fire Grenade From 800 A.D.