House Made Of Beer Cans Is Americana Incarnate

Decorated with more than 50,000 recycled beer cans, this artsy home is an homage to intricate craftsmanship. 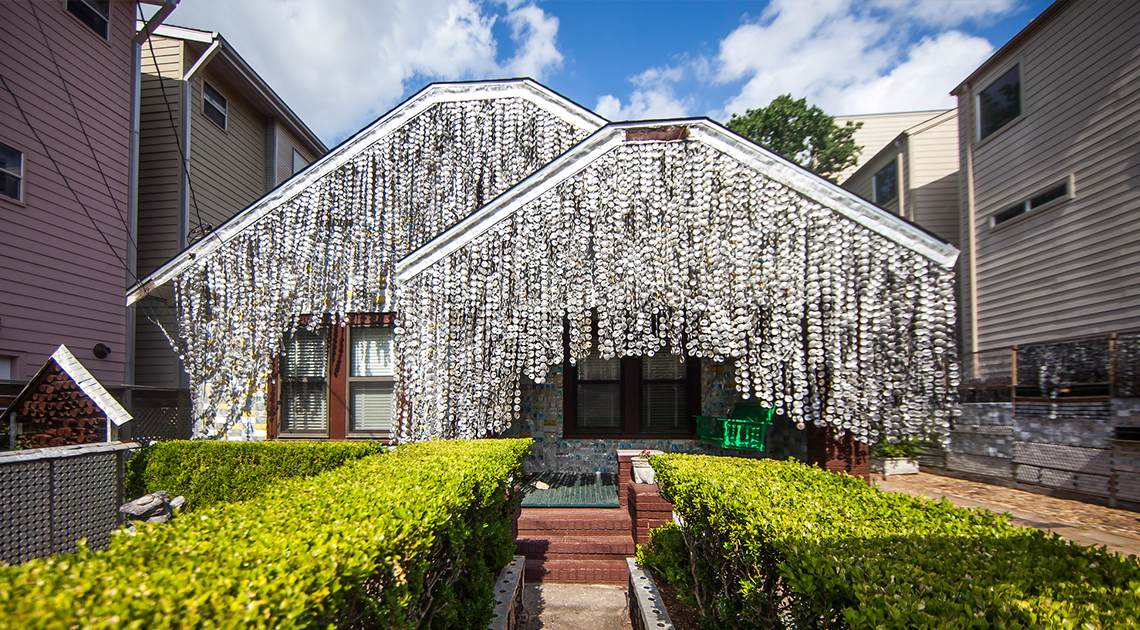 Just off I-45, in a nondescript neighborhood in Rice Military, Houston, Texas, sits a home like no other. One that was decorated by a man who, depending on the talk you want to believe, either became bored of his retirement or put his attic stock of old beer cans to good use. Or maybe both? What resulted was The Beer Can House: a folk-art-home that guests can visit to see an incredible show of craftsmanship up close.

The Story Behind the Beer Can House

Houstonian John Milkovisch was an upholsterer for the Southern Pacific Railroad. After his retirement, he began to get a bit antsy. He was a man who always liked having something to work on, preferably jobs that allowed him to work with his hands. He started making changes to his home in 1968, which included removing the grass in his lawn and replacing it with concrete blocks. He decorated these blocks with marbles, metal, rocks, and other paraphernalia. When asked why he started down this road, he was reported to have said that he was sick of having to mow the lawn. 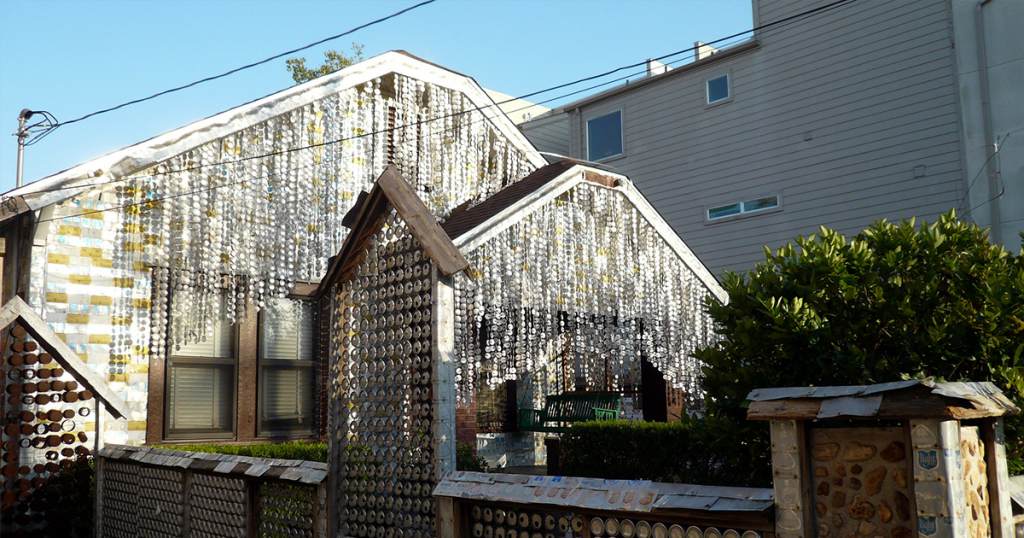 Milkovisch didn’t stop at the grass, however, and began creating flower boxes, fences, signs, benches, and other landscaping items out of concrete and redwood. Then, he started on “renovating” the house itself. He was a lover of beer, and therefore, found his perfect medium when he began manipulating leftover cans to create his own aluminum siding. In addition, he created garlands from can tops and pull tabs, which still create musical sounds when they catch the wind just right. And, as a totally added bonus, they actually lowered the home’s electric bill by reflecting sunlight off the house. 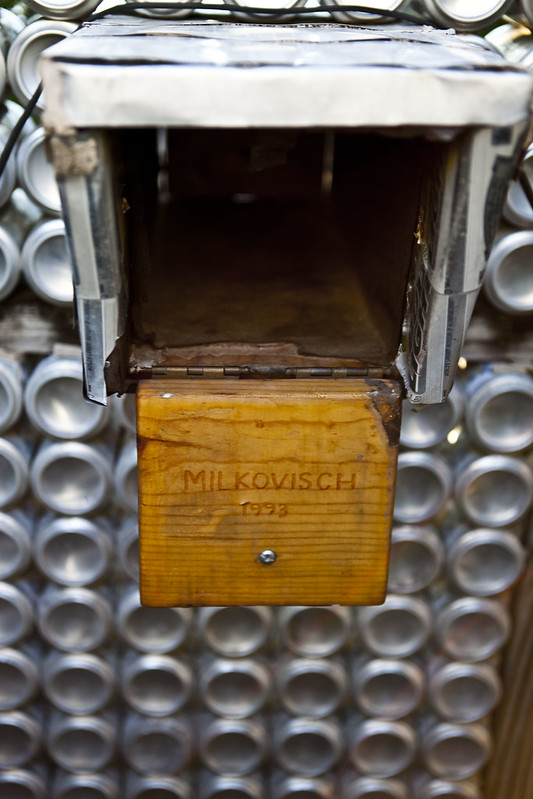 The mailbox at The Beer Can House./CC houtexdude via Flickr

The House That Beer Built

The house is estimated to include over 50,000 beer cans as decoration, not to mention a host of other materials. It’s easy for guests who visit to see Milkovisch’s penchant for Coors and Texas Pride among the particular beers used, but the house isn’t a total monument to imbibing. In fact, there are a number of religious signs and symbols in the decorations, as well as several sentimental testaments to John and Mary’s relationship, such as a bench that reads “John’s Spot” on one end and “Mary’s Spot” on the other. 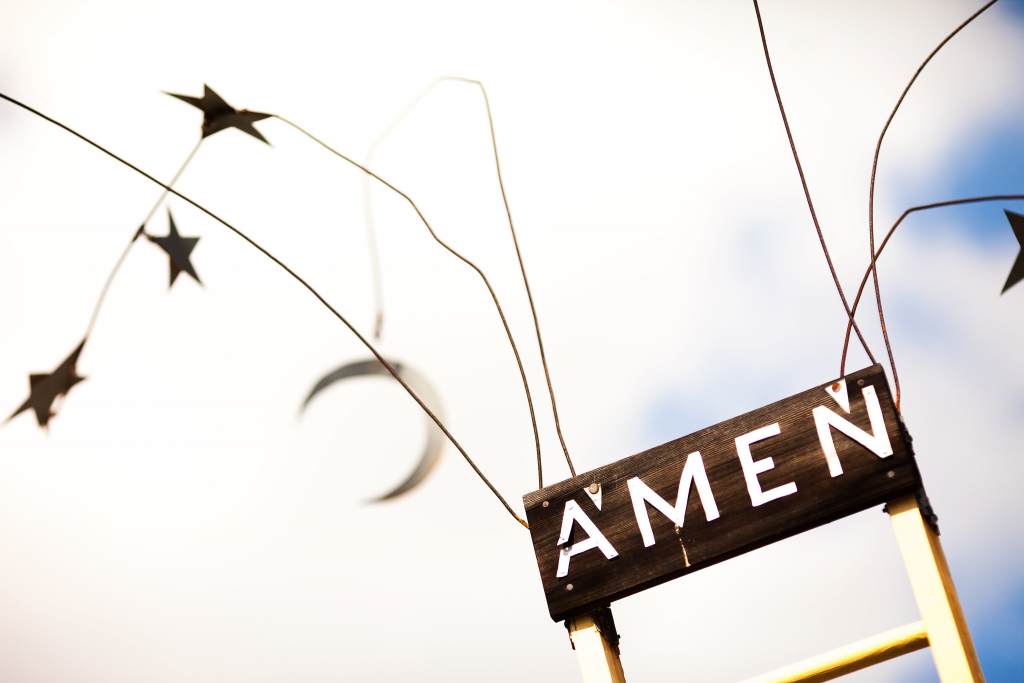 Currently, guests are invited to visit the home Saturdays and Sundays. Admission is $5 for adults and children under 12 get in free. So, rightfully so, we say “Cheers to John!,” and the beautiful folk-art that is The Beer Can House.