When the Horse Shoe Brewery suffered a strange accident on October 17, 1814, it caused a flood of beer (yes, BEER) that rushed through the streets of London and claimed the lives of at least eight people. 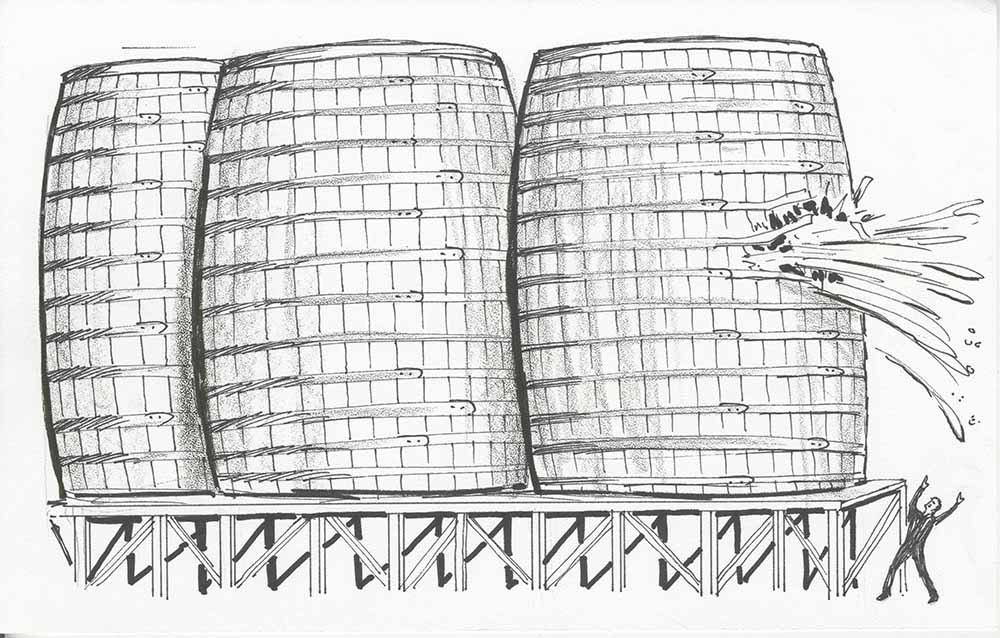 Located in the St. Giles Rookery neighborhood, the modern-for-the-time brewery featured the latest in tech including a wooden fermentation tank that was 22 feet high and held the equivalent of anywhere from 3,500 to 18,000 barrels of brown porter ale. While such a gigantic wooden container might seem like a disaster waiting to happen to us, the beer-makers apparently had no fear of a major mishap…though they probably should have.

That’s because the tanks were simply held together by iron rings and when one broke on that fateful day in 1814, it took mere hours for the entire contraption to breach with such a force that it destroyed other vats in the space and exploded through the back wall of the brewery. More than 320,000 gallons of beer then rushed through the streets, creating a wave of dark golden liquid that was a staggering 15 feet high. 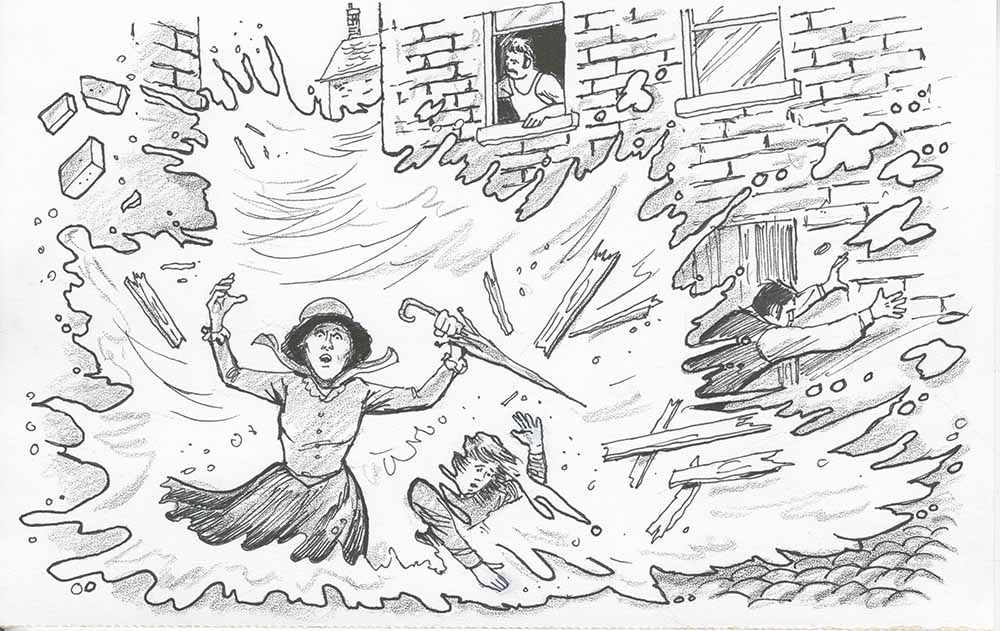 Occurring in a highly populated area where many of the city’s poor lived in underground cellars, the beer ripped through the dwellings causing many to collapse.

Because the disaster occurred on a Monday afternoon, most of the area’s men were away at work, meaning it was primarily women and children who were injured and killed.

Mother and daughter Mary and Hannah Banfield died instantly when the flood hit their home while the pair were having tea, and a teen barmaid named Eleanor Cooper was killed when she was trapped in the collapsed Tavistock Arms Pub. A three-year-old girl named Sarah Bates was swept away by the strength of the beer’s current, and in a nearby basement, four people were attending a wake for a young boy who had passed away the day before when the flood tore through the building, killing them all.

In total, eight deaths were reported due to the flood.

However, the sad outcome didn’t end there. In the days following, there were rumors that others suffered from alcohol poisoning after drinking the beer that they had collected from the streets.

Creating unimaginable damage and resulting in loss of life—on top of leaving the area smelling like ale for months following the disaster—the brewery was taken to court to face responsibility for their part in the flood. However, the tragedy was eventually ruled an “unavoidable act of God,” which meant that no one was punished. The company was even compensated for the damage which helped to save them from bankruptcy, though none of the families of the deceased or those who lost their homes received any compensation from the government.

While there was never another beer flood that compared to this freakish catastrophe, it was partially responsible for the fact that breweries began to switch from wooden fermentation vats to lined concrete vats which are obviously a much safer choice.

In 1922, one hundred and eight years after the flood, the Horse Shoe Brewery was torn down and in its place the Dominion Theatre was erected. And while it might be the site for plenty of fictional plays and unique performances these days, perhaps none will ever been as strange as the historical London Beer Flood of 1814.

By Desirée O., contributor for Ripleys.com.