Did Betsy Ross Design And Sew The First Set Of Stars And Stripes?

The evidence is “flagging” when it comes to her involvement in the original design. 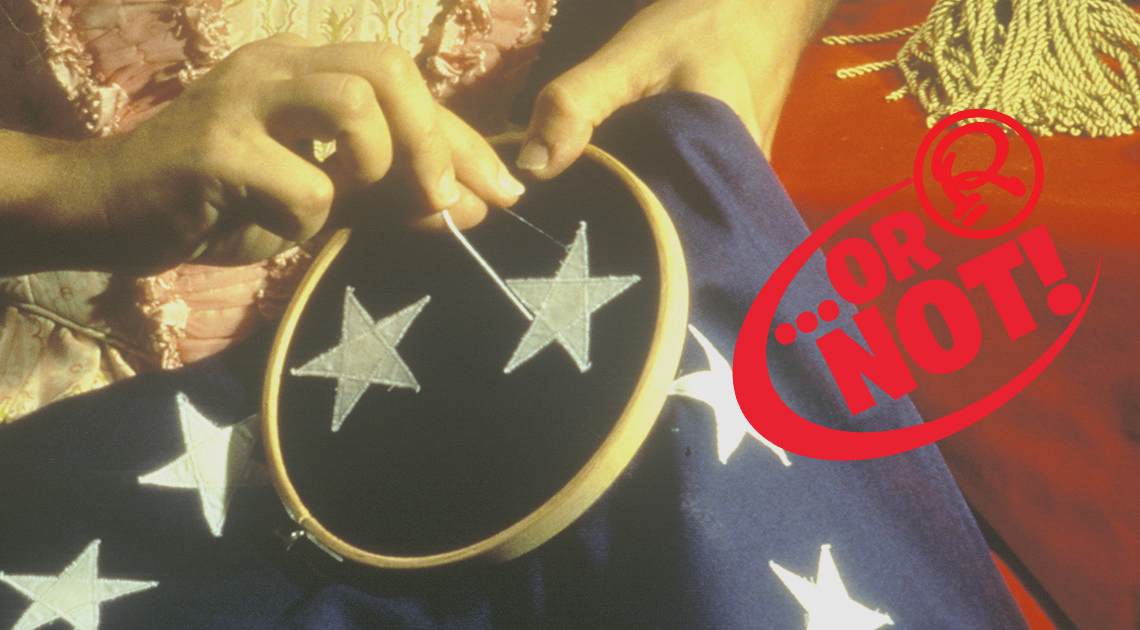 Stories of patriotism have long buttressed nationalism in the United States. These legendary tales showcase some of the most colorful and fascinating historical figures involved in the early founding of the country (at least, as later storytellers have painted them). Among this collection of individuals is Betsy Ross. As many of us learned in school, Betsy gained fame by designing and sewing the first flag of the United States.

But is it true that she stitched the original red, white, and blue? Since the story first surfaced in 1870, well after her death, serious doubt has been cast on this theory. With that in mind, let’s dive into the evidence.

According to legend, Betsy designed and sewed the first flag in 1776. Interestingly, though, she was never credited with this achievement during her lifetime. This story first surfaced nearly a century later in 1870, as told by Betsy’s grandson, William Canby.

Canby said his grandmother told him about a visit that she received in late May or early June of 1776 by three gentlemen. They were George Ross (a relative of Betsy’s) along with General George Washington and Robert Morris (a financier of the Revolutionary War).

She claimed that during the meeting, the three men presented her with a sketch of a proposed flag. The design included 13 red and white stripes and 13 stars with six points each. They wanted to know whether or not she could sew something similar.

Before agreeing to the project, Ross suggested reducing the star points from six to five and arranging them in a circle. Satisfied with the changes, they commissioned her to begin the work. The next year, Congress voted to adopt this symbol as the first American flag. The vote happened on June 14, 1777. In other words, even Canby’s account precludes the idea that Betsy designed the first American flag. What else does history tell us?

Canby’s story paints a tantalizing picture of how the first flag came into being. Yet, primary sources supporting his story prove scarce. It is conceivable, however, that Colonel George Ross might have recommended her for the job. After all, George Ross was a signer of the Declaration of Independence and Betsy’s uncle through marriage.

Historians also know that Washington and Morris worshipped at the same church as Betsy, making them likely acquaintances. And Betsy did sew flags. One receipt addressed to Betsy dated May 29, 1777, details work on a “ships colours” for the Pennsylvania State Navy Board for a price tag of more than 14 pounds. Unfortunately, we don’t know much more about the design of the flag associated with the receipt. No similar receipts have been uncovered detailing the creation of America’s first star-spangled banner. 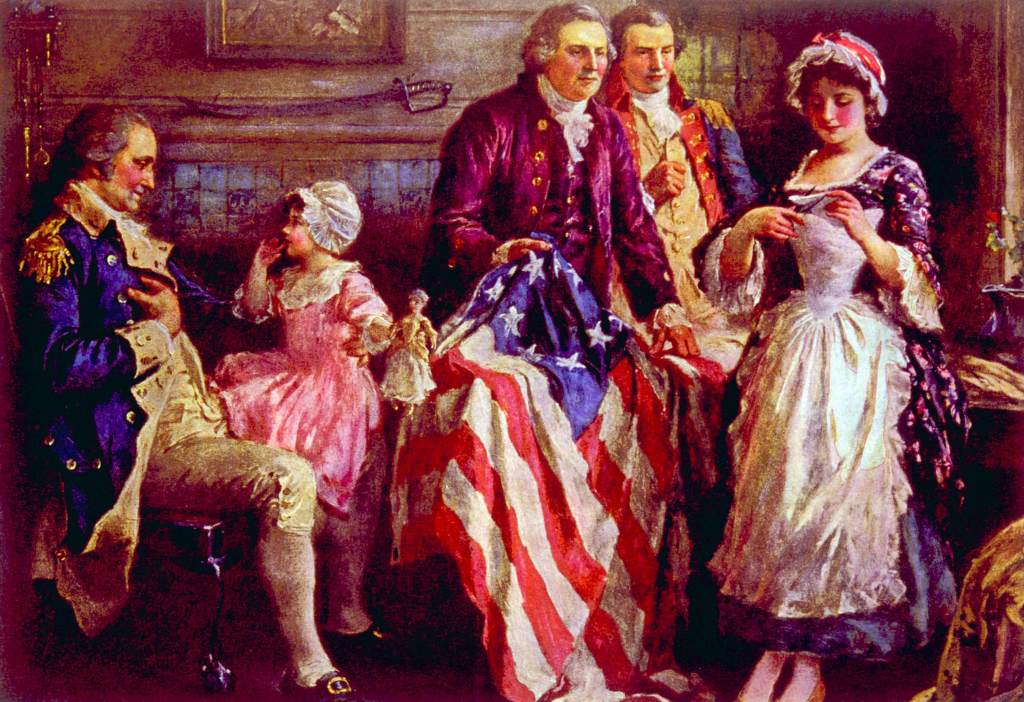 Nonetheless, the origins of the American flag remain more mysterious. Some historians have even attributed the first design to Francis Hopkinson, a New Jersey delegate to the Continental Congress. A signer of the Declaration of Independence, historical documents demonstrate that Hopkinson played a role in designing seals for various departments within the US government.

What’s more, Hopkinson sought payment from the Board of Admiralty for his design of the “flag of the United States of America” in 1780. His petition for payment, however, was denied by Congress because “he was not the only one consulted” on the design. If the smoking gun in the first flag case is a receipt, Hopkinson has a clear leg up on Betsy.

Of course, the whole concept of the American flag’s significance has evolved. When the American Revolution first broke out in 1775, colonists didn’t unite under a single banner. Instead, they fought under regimental or unit flags. The most famous of these? The coiled rattlesnake with the slogan, “Don’t tread on me.” 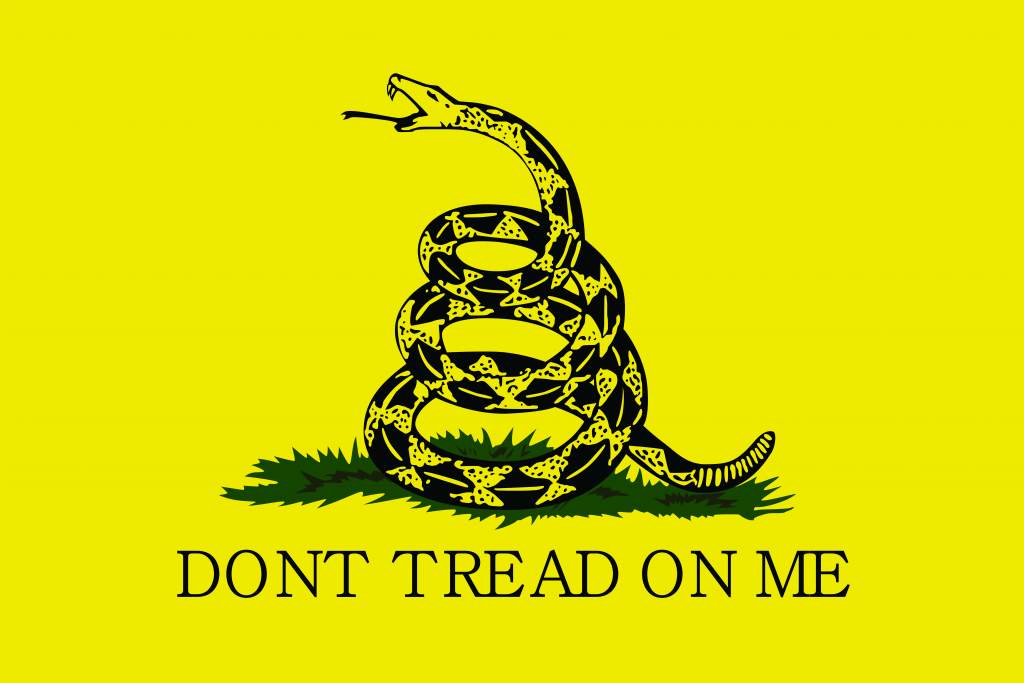 Some historians even claim that General Washington fought under the British Union Jack at the outset of the war. David Martucci, of the North American Vexillological Association, the world’s largest organization dedicated to studying flags, has thoughts on the subject. He theorizes the flying of the British flag represented a “compromise between the radicals who wanted to see a separate nation and the people who were more conciliatory and wanted to see some accommodation with the crown.”

At some point, however, Washington realized that flying the same flag as the enemy was a point of serious confusion. Hence, the eventual adoption of the stars and stripes in 1777. As for average Americans flying the flag? This practice didn’t become common until 1861 when the Civil War broke out. During the War Between the States, Northerners came to see the flag as a quasi-religious symbol. Just nine years later, within this new patriotic culture, the Betsy Ross story was officially born, and Americans eagerly embraced it.