Lea Schaepe of Potsdam, Germany, can do a lot more than ride a bike while standing on the handlebars. Practicing the 130-year-old sport of artistic cycling, Lea has learned to ride her bike in many unconventional ways. Having won a dozen national competitions in Germany, Lea’s taking her bike to the streets!

Believe it or not, performances can consist of up to six people. Multi-person teams can use multiple bikes, switch, ditch, and share! 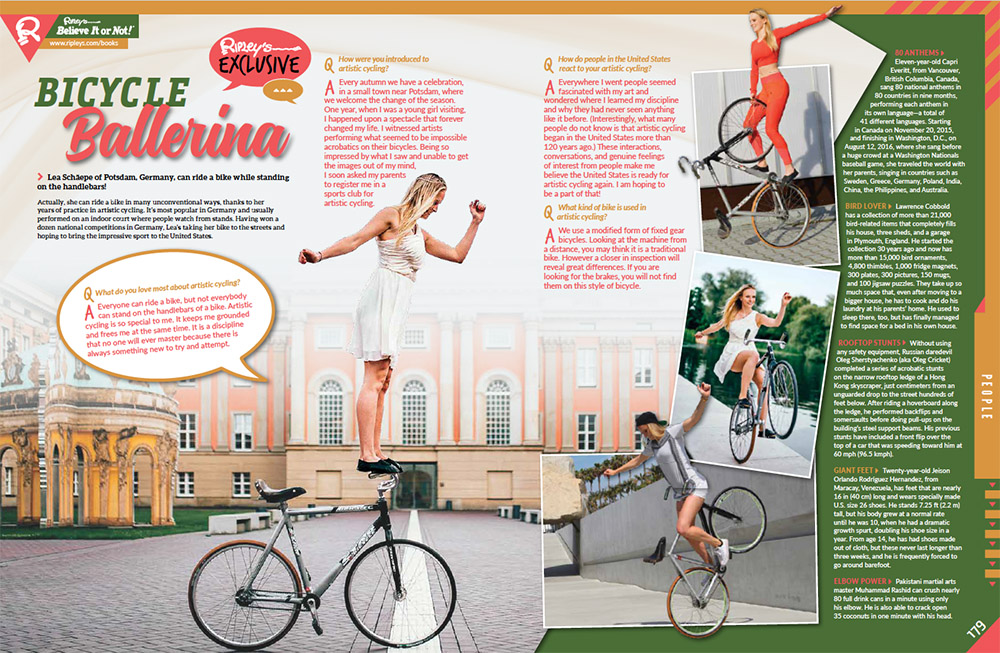 Previous post Does Peeing On A Jellyfish Sting Stop The Pain?