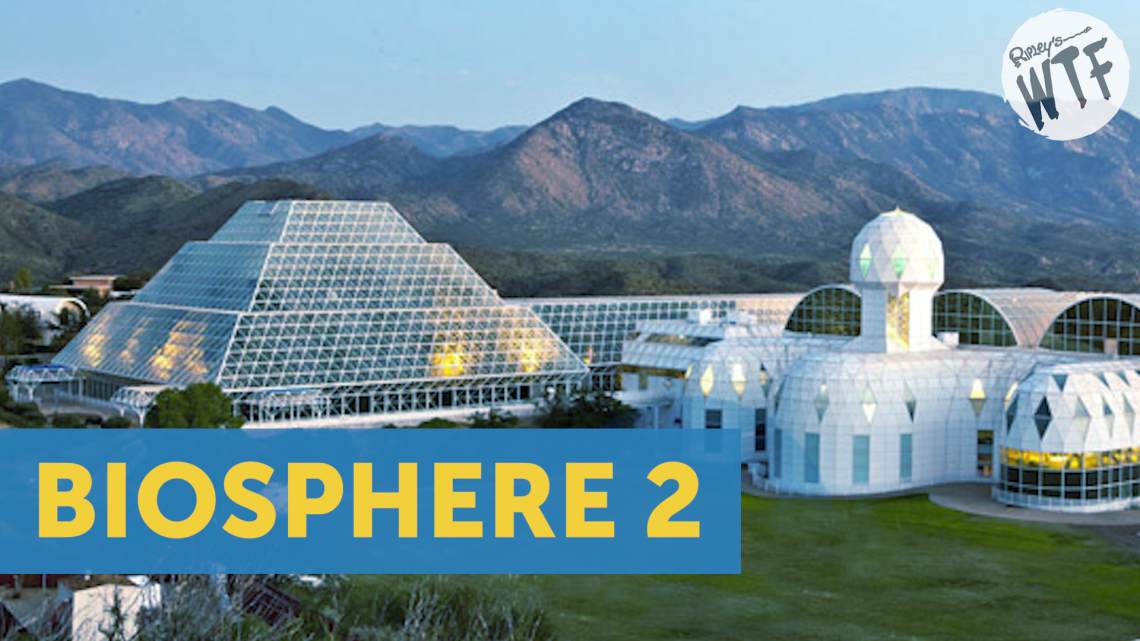 Believing they could create a perfectly sealed vivarium for all the plants, animals, nutrients, and people needed to become self-sustaining, a company called Space Biosphere Ventures built a massive complex, dubbed Biosphere 2. The Earth itself, they asserted, was the first biosphere.

The structure was meant to be representative of the environments on Earth, and the enclosure was divided into zones that included a desert, marsh, thorn scrub, rainforest, Savannah, and even an ocean. Human occupants were assigned living and an agricultural zone. 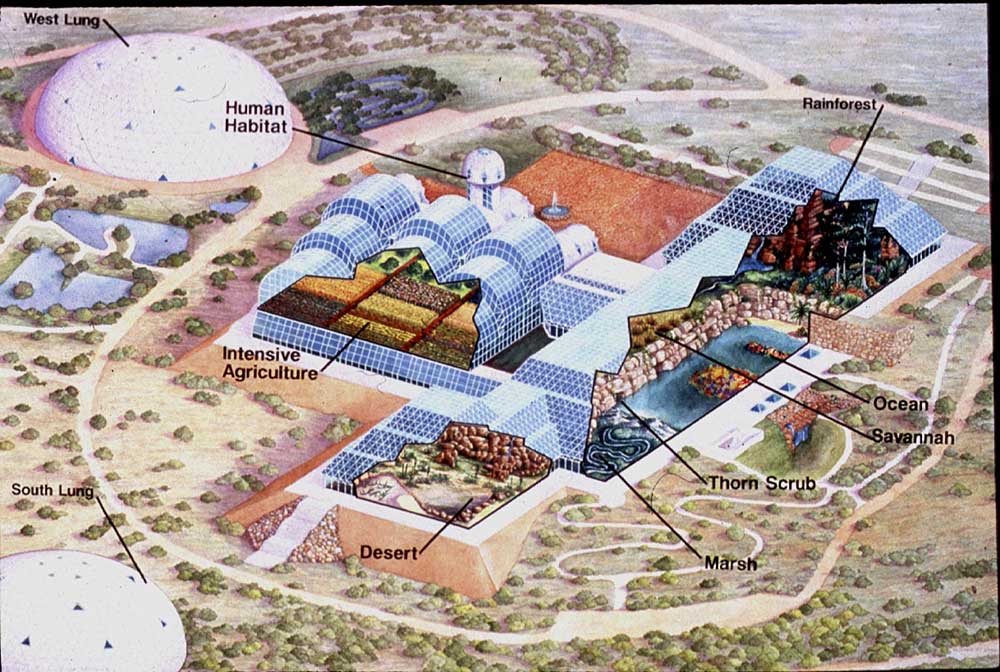 Built from steel and glass, the terrarium was tightly sealed, only leaking about 10% over the course of a year. Because the engineers were afraid that the changing temperatures would cause the air inside to burst the glass, a series of “lungs” made from a non-rigid material were added to depressurize during expansion and contraction.

By the time it was built in 1991, Biosphere 2 was ready for its first crew. A team of eight went inside for two years. The experiment set rigid guidelines. Nothing was allowed to breach their isolation. They had only themselves to rely on for survival.

Along with the humans were a number of animals, including pygmy goats, chickens, pigs, and tilapia. The ocean zone even had a coral population, which eventually led to many breakthroughs in ocean research.

Despite being well prepared with an overstock of life and advanced technology, the biosphere suffered from food and oxygen shortages constantly. Carbon science wasn’t very sophisticated at the time, and they had a hard time controlling air quality.

Group morale took a turn for the worse, too. The group split into factions, with old friends becoming bitter enemies. Despite differing opinions on how the group should proceed, every team member is reported to have developed a keen responsibility for the ecology of the biosphere. 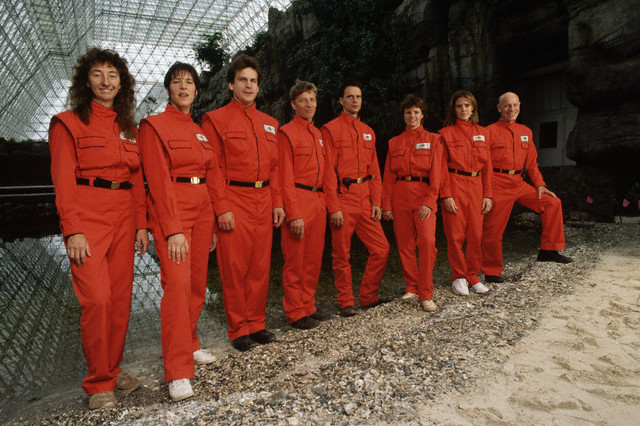 One team member cut her finger preparing food. The doctor on the team attempted to render treatment, but her condition only got worse. For a few short days, she was allowed to leave and receive treatment. Officially, she returned with just a few plastic bags as research supplies, but many guess that she somehow smuggled food in. It was also later revealed that engineers had secretly pumped oxygen into the building, betraying many people’s trust in the experiment.

When the mission ended, a lot of environmental knowledge had been gained, but the mission to prove mankind could survive on other planets in a biosphere had dubious proof at best.

For the second—and final—mission of Biosphere 2, new management was brought in to reign in the costs of the project. Presidential advisor to-be Steve Bannon took over the project. He clashed with many mainstays in the venture. He seemed more intent on studying earth science with the dome, and subjects from the previous mission feared their comrades were in danger. Ex-crewmembers eventually broke into the compound to warn the isolated inhabitants.

After a series of firings and resignations by team members, the company folded and ended the mission prematurely.

Today, Biosphere 2 is owned by the University of Arizona, who conducts earth science research inside. They abandoned the space colony idea, installing systems to pump air into what is now akin to a very large greenhouse.