From effigy burning to plate breaking, furniture throwing, and demon visits, check out how locals in other parts of the world celebrate. 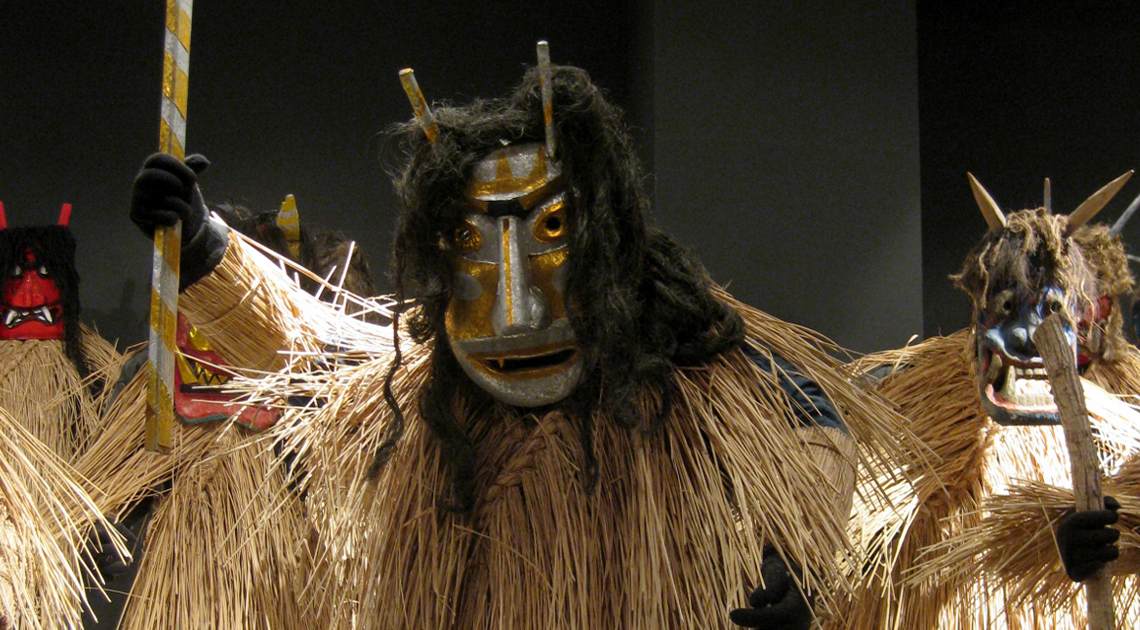 The Oga no Namahage Festival

On New Year’s Eve, groups of men dressed like namahages, terrifying demon-like or ogre-like creatures, descend on the houses of children. They terrorize them into obeying their parents during the next year, warning them against laziness and naughtiness. The characters’ origins remain buried in the pages of ancient history, although some experts argue that the Chinese Emperor introduced them to the island approximately two millennia ago. 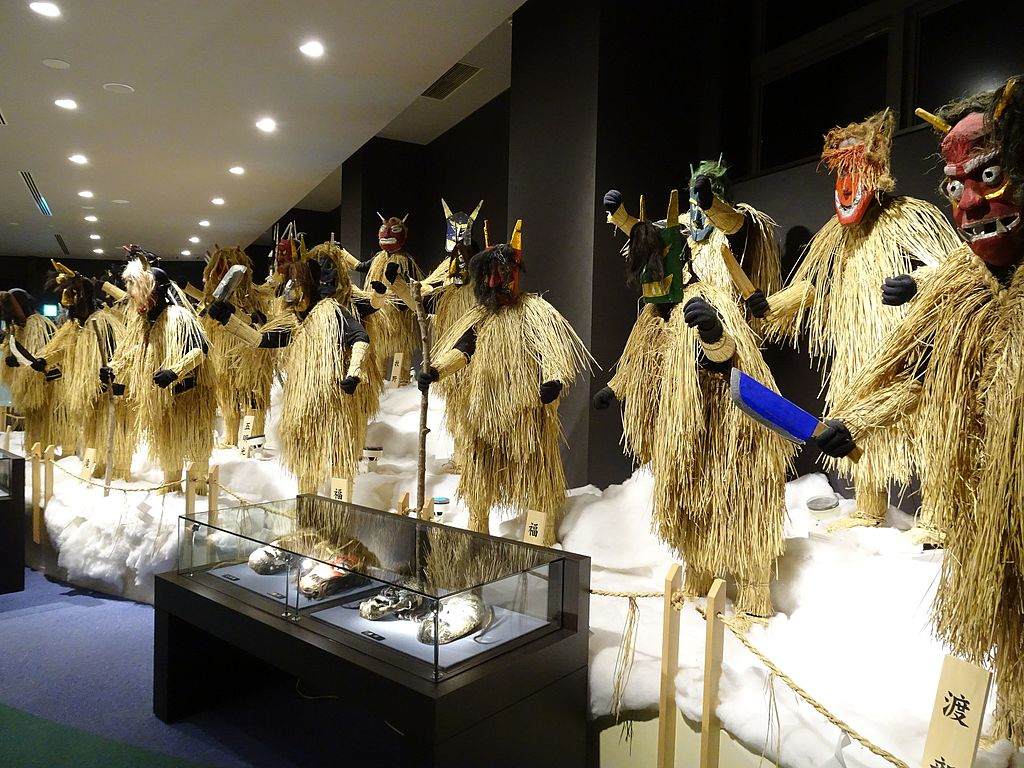 Namahage, the Japanese traditional demonlike being in Akita prefecture. This photo was taken at Namahage-kan (Namahage House) in Oga City, Akita Prefecture.

The most famous of these festivals takes place in northern Honshu. Besides scaring the livers out of children, the namahages also protect against disasters and illnesses. Some people even believe they bring good luck in the form of plentiful food and good harvests. How do parents welcome the namahages? As honored guests who receive mochi and sake.

Dropping a Drag Queen in a Red, High-Heeled Shoe

In Key West, Florida, locals celebrate New Year’s Eve with a one-of-a-kind celebration, the dropping of the drag queen in a giant, red, high-heeled shoe. Celebrity drag queen, Sushi (a.k.a. Gary Marion), has been lowered from the balcony of the Bourbon St. Pub at the stroke of midnight since 1996.

In Key West four things “drop” for NYE, including 2 humans. Have you seen any of these new year traditions? https://t.co/JP0u0nqup1 #FLKeys pic.twitter.com/Td3xHWKirx

When the tradition first started, Sushi rode a makeshift coach crafted from chicken wire and papier-mâché. But when the weather stopped cooperating, Key West needed a new plan. They enlisted the help of a local auto mechanic to design a more permanent shoe. Today, Sushi’s ride gets a fresh coat of glitter before each annual event, and the “drop” draws throngs of locals and tourists.

In Denmark, good luck in the New Year comes with the sound of smashing plates. All year, locals collect unused and unwanted china and crockery to prepare for this annual tradition. On December 31st, they head into the streets carrying stacks of plates, ready to do a little throwing. It’s believed that hurling dishes against their neighbors’ front doors will ensure auspicious outcomes.

The bigger the pile of shattered china on your doorstep, the more you have to look forward to in the coming months. After the plate-breaking comes to an end, Danes indulge in a New Year’s Eve meal. It includes boiled cod with mustard. And for dessert? They savor kransekage, a towering marzipan ring cake with frosting.

Tossing Old Furniture Out the Window

Remember the adage, “Out with the old and in with the new?” In parts of Italy, such as Naples, locals take this to the next level. How? By throwing furniture from their balcony windows. The tradition represents a fresh start in the year ahead. Today, locals make a few concessions to ensure passersby don’t get clobbered with falling debris. Most Italians stick to small, soft objects that won’t cause concussions.

That said, you should still watch for flying objects on New Year’s Eve if you happen to be strolling through the streets of Naples. The same goes for visitors to Johannesburg, South Africa. Although both cities are worlds apart, they practice the same tradition. You’ve been warned.

While people in other parts of the world ring in the New Year with fireworks, locals in Ecuador celebrate Año Viejo by burning scarecrows and the effigies of pop stars, politicians, and other notable figures from the past year. They craft these effigies from old clothes stuffed with sawdust and newspapers. Then, they place masks on the stuffed figures rendering them recognizable.

Why the effigy burning? Ecuadorians see it as a type of symbolic cleansing of what went on in the previous year. They also believe these acts cancel out bad things that happened during the last year. With the craziness that has been 2020, we’re sure Ecuadorians will have plenty of scarecrows to burn this year!

Next post The Seedy Underbelly Of The Naked Mole-Rat World