When sugary goodness was a bit too feminine for confectioners.

Gender reveal videos boom in popularity across all realms of the internet. Cutting into cakes, releasing balloons, and popping confetti as the eager mom-and-dad-to-be anxiously await the result—pink or blue. But, before there were gender-specific colors, there was gender-specific candy. Yes, candy was created specifically for men. We’re taking you back to the 1800s: when sugary goodness was a bit too feminine for confectioners.

As the story has it, a woman named Mary Spencer shipwrecked on the shores of Salem, Massachusetts with her son in the year 1806. In an effort to make a living and provide for her family, Spencer began creating candy from a barrel of donated sugar. After many sugary experiments, she perfected the recipe for what she named, Gibralters. 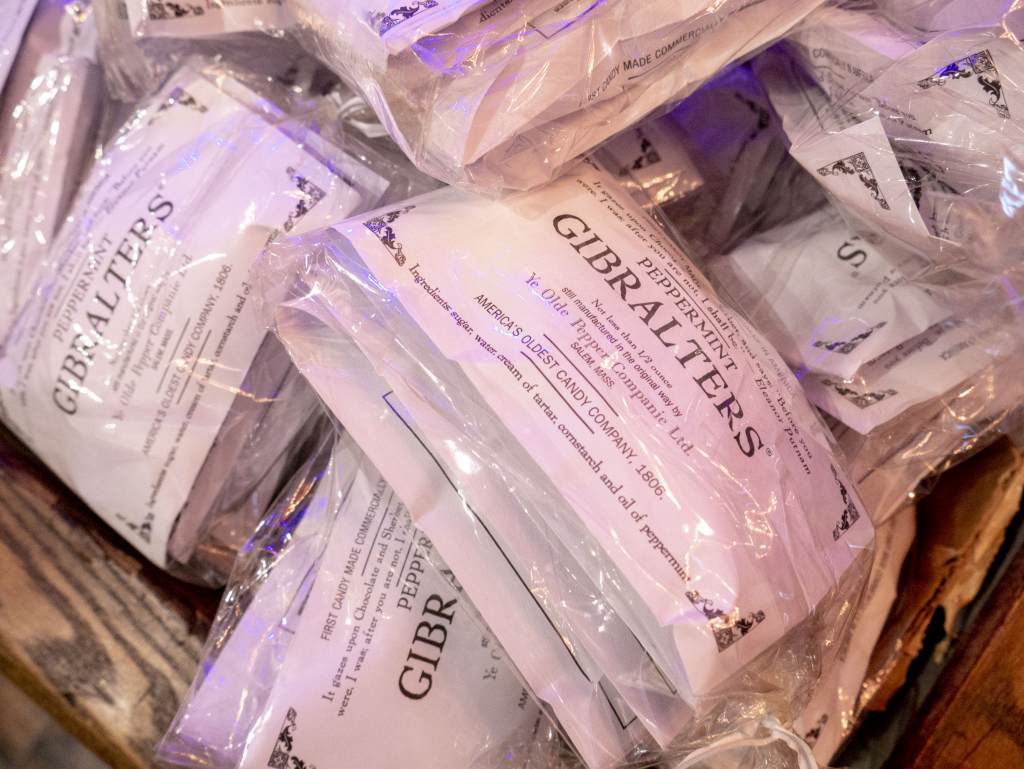 She began selling her confectionery treats from the steps of the Old First Church in Salem over 200 years ago. But, as we can imagine, her candy became quite a hot commodity. Spencer began delivering her candies by wagon in bulk amounts to local businesses, officially making her a wholesaler of the Gibralter. Today, the wagon and firkins she used to deliver the sweets are held at the Peabody Essex Museum in the heart of Salem.

Known for their simple paper wrappers and light, fresh taste, the Salem Gibralters are produced in both a lemon and peppermint flavor. When made fresh, the candies were known to be “almost as hard as their Spanish namesake.”

And, as a result of this rock-hard makeup, they supposedly never go bad! Believe It or Not!, the Pepper Candy Companie displays a glass jar inside the store, filled with nearly 200-year-old Gibralters. This batch of treats was uncovered during the renovations of Salem’s Hawthorne Hotel. For years, the owners of the shop taste-tested the “old” candies and reported that while they lost most of their flavor, they were still sweet and safe to eat. 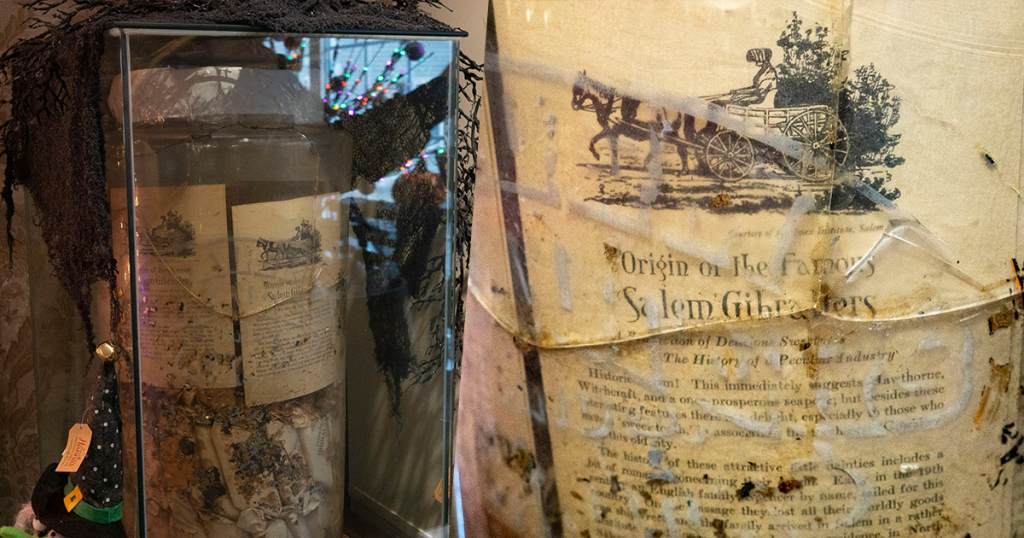 Peppering In Some Masculinity

After the passing of Mrs. Spencer, the business was passed along to her son, Thomas. He kept ownership of the company for a short time, but in 1830 he sold it to a man named John William Pepper—a local Salem confectioner.

Living on the same street in Salem, the Spencer and Pepper families were quite close. It’s said that Thomas and John worked together when it came to developing a new candy for the company to sell. The men thought that the original Gibralter was a bit too feminine with its soft look and flavor. So, they sought to produce a candy with a more masculine taste and feel.

What they created—a candy far opposite the Gibralter—was a black-strap molasses stick candy. They called it the Black Jack. And while it was successful, it didn’t quite live up to the reputation of its Gibralter predecessor. Many adored its flavor, but others described the taste as “too strong a flavor of liquorice,” and “intentionally burnt.” How’s that for a masculine, man’s candy? 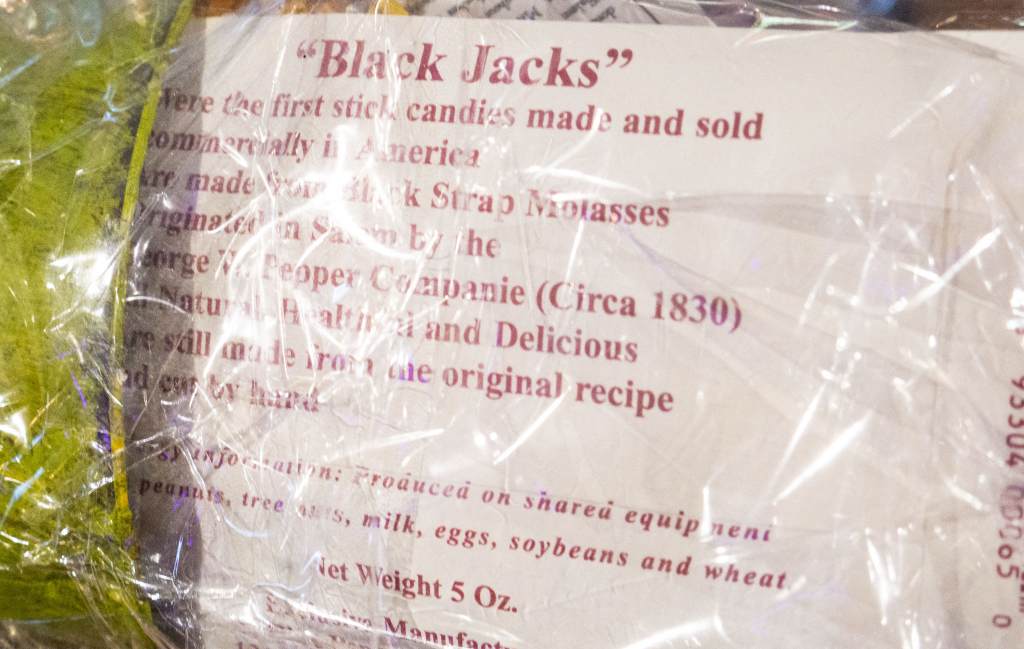 The Pepper family continued to make both Gibralters and Black Jacks for two generations. From John Pepper, the business was passed along to his son George.

From George To George

It was in the late 1800s that a man named George Burkinshaw went to work for the George Pepper Companie. At this point in the story, it’s important to keep our “Georges” straight.

A young Burkinshaw, very eager to learn, entered the businesses as an assistant candy maker. As he grew older, he mastered the craft of candy making under Pepper’s watchful eye. During this time, Burkinshaw met Alice—a candy packer for the Pepper Companie.

And, as you may have guessed, the two fell in love and married around the turn of the 20th century. The newlyweds ended up purchasing the Pepper Candy Companie, along with the Gibralter and Black Jack recipes.

Today, Ye Old Pepper Companie is owned by fourth-generation Burkinshaws. The family continues to make both Gibralters and Black Jacks to be sold to the shop’s visitors and passersby. Both candies are produced using their original recipes and packaging, preserving the history of the company and its founders. 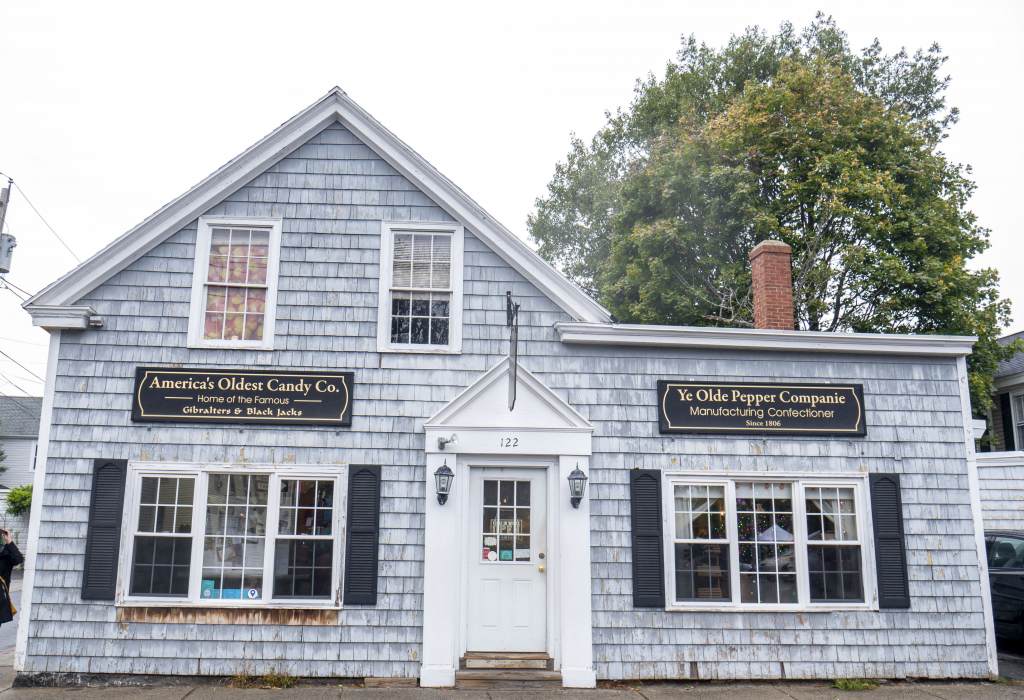 So the next time you’re in Salem, put your masculinity to the test. And you tell us: are you team Gibraltar or team BlackJack?

Next post Your Airplane Carry-On Can Technically Be Another Person