Remains of the Day: How Body Farms Advance Science

At this Texas body farm, dozens of bodies are decomposing in the name of advancing scientific research. 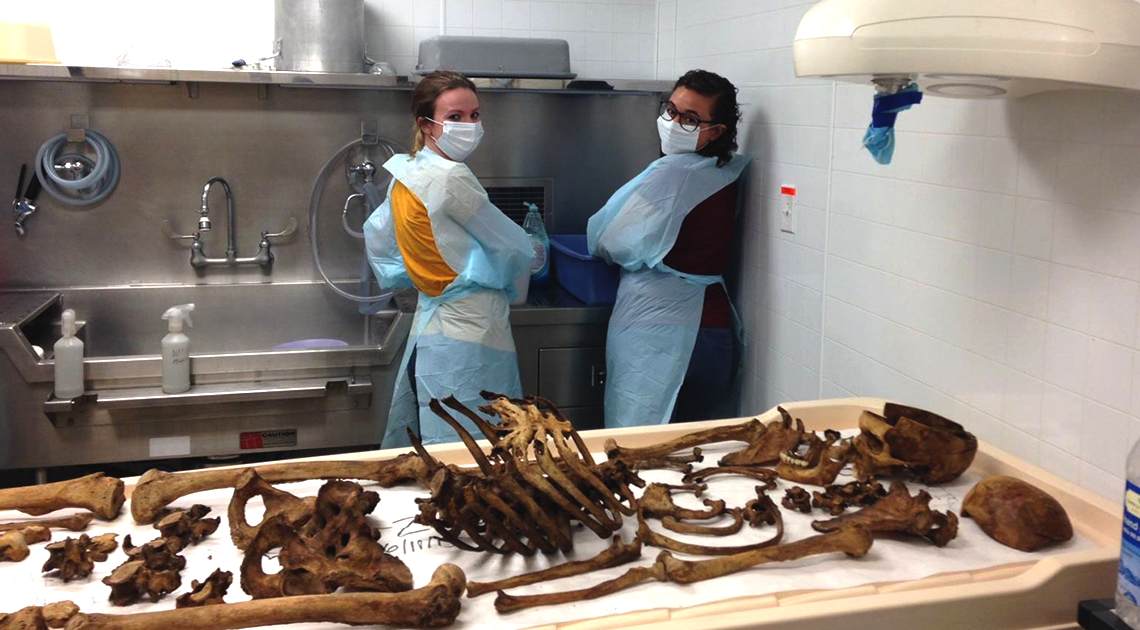 If you were to come across dozens of human corpses in an open landscape, you might think you’ve just stumbled into a horror movie. But, Believe It or Not!, you’d actually be in a classroom.

This is the Forensic Anthropology Research Facility (FARF), also known as the “body farm,” at Texas State University’s Freeman Ranch in San Marcos, about 35 miles from Austin.

At this 26-acre facility, the largest of its kind, students research the decomposition of human bodies left outside, exposed to the elements, and sometimes animals. Their work helps law enforcement, anthropologists, and archaeologists solve the mysteries of how, when, and where people died.

There are currently between 70-80 bodies being studied at FARF, says Danny Wescott, Director of the Forensic Anthropology Center at Texas State (FACTS), via email. People actually donate their bodies for this scientific research and, Westcott says, they never have too many.

As one might imagine, there’s quite a bit of work to do. 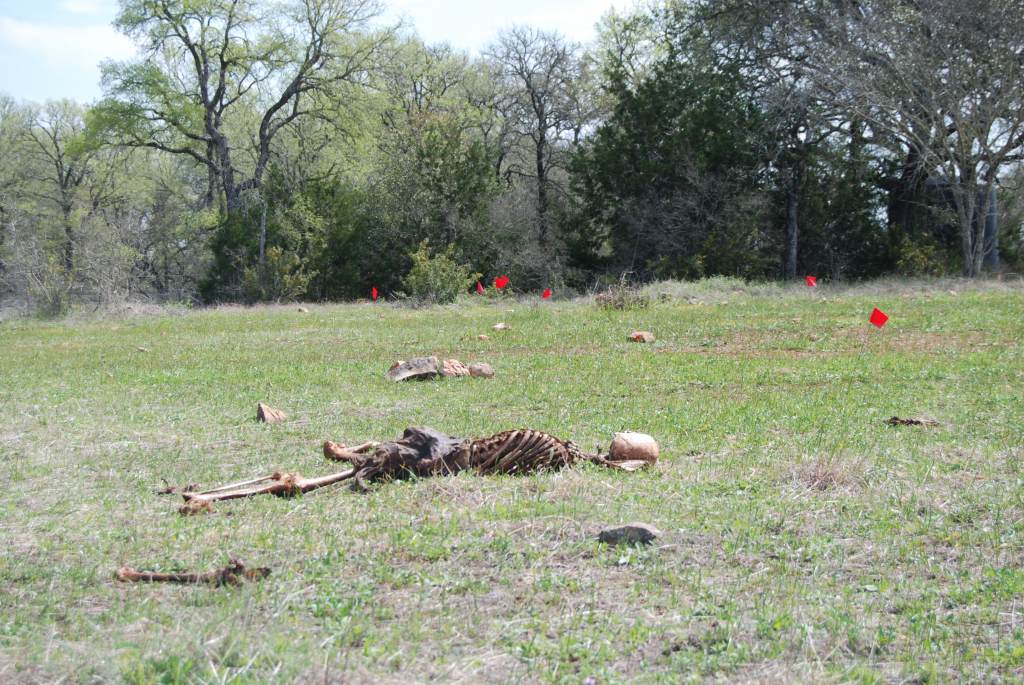 “Bodies are placed in various locations and can be clothed, unclothed, or wrapped, depending on the criteria for the research being done,” says Wescott.

There are currently more than 19 projects being studied at the facility, by FARF and other researchers.

One FARF project is measuring the differences in decomposition rates between bodies that have been frozen versus not frozen. This is a project that will help FARF with the protocols of its own research.

But they have found that once a body is thawed out, it will decompose at the same rate as one that was never frozen. “The freezing doesn’t seem to be enough to cause rupturing of cells or anything,” he observes.

Several projects involve the “thanatomicrobiome,” or the microbes, including worms and bacteria, that colonize us once we’re dead.

“Microbes are responsible for much of the internal organ decomposition and also for attracting flies to the body,” Wescott says. The breaking down of tissue by bacteria gives off that distinctive decaying-corpse scent, which brings the bugs, so these microbes can help determine the postmortem interval, or PMI—the time since death. 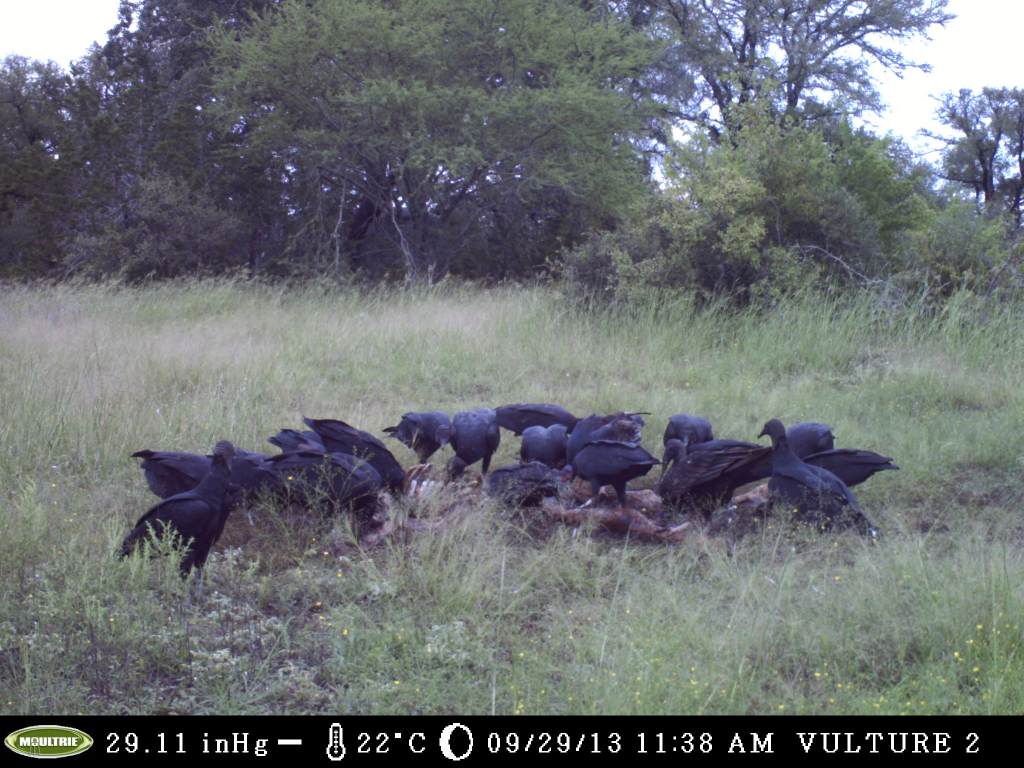 Another project conducted by Aaron Tarone of Texas A&M University is called, “Ants as Indicators of Clandestine Graves.” It sounds terrifically Poe-like to us outsiders, but it’s a helpful resource for law enforcement and other disciplines. Technology, like ground penetrating radar, can reveal where a body has been secretly buried but determining what that body is is another matter. Looking at the stomach contents of ants colonizing near a hidden grave may help reveal whether the remains are human or another animal.

“This is in the early days of research,” Tarone says, via email, and a facility like FARF provides “important dimensions and perspective to these kinds of projects.” Some aspects of this kind of work can be done in a lab, “or in the field with non-human models,” Tarone says, “but when you get to the point of wanting to establish real-world situations, the facilities like San Marcos are indispensable.”

Deer In The Headlines

Sometimes cages are put over the bodies to stop scavengers from interfering with them, but in 2014 scavengers were the point. The facility was researching their impact on cadavers, including the impact vultures have on determining the time of death. This particular study made news when a camera caught an image of a deer gnawing away on a human rib bone. It was already known that deer chew on bones—their teeth leave a tell-tale forked pattern on bones, says Smithsonian Magazine. This was just the first instance of one chomping on, well, one of us.

Believe It or Not!, there are 7 body farms in the U.S. and recently, at the Forensic Investigation Research Station at Colorado Mesa University, feral cats were seen on camera nibbling on the human remains. 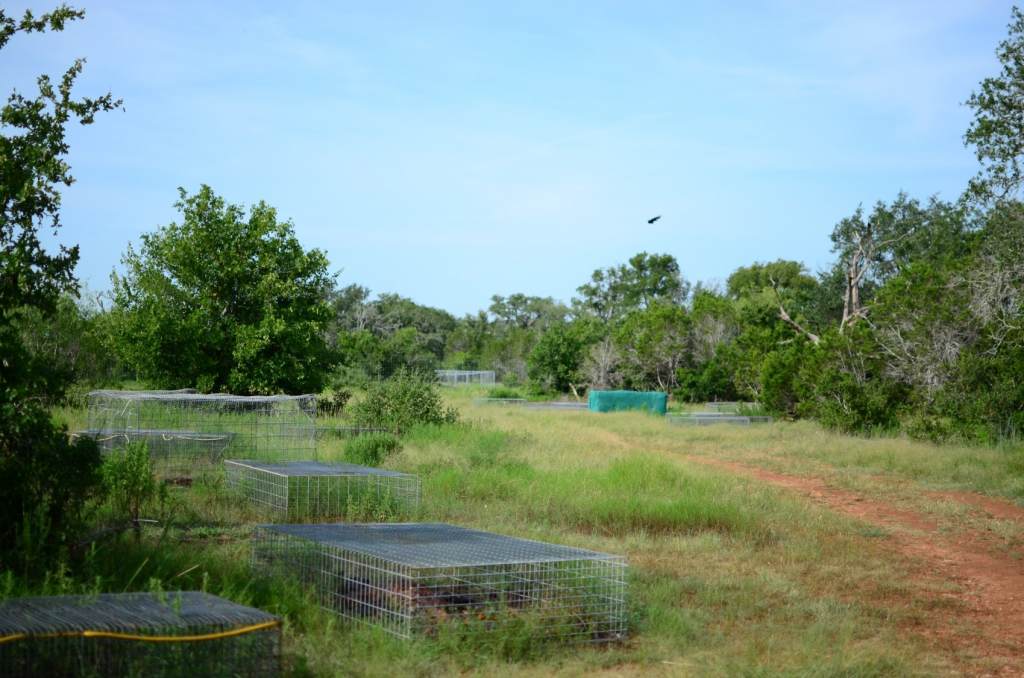 Body farms usually have high fences to keep larger scavengers out, but smaller scavengers are recorded on infrared cameras. Researchers at the Colorado facility reported that cats prefer to hunt, and cases of them scavenging are very rare. Those who opted for the food in front of them at the body farm tended to prefer the soft tissue of the arm and shoulder. Keep that in mind the next time you’re cradling little Mittens.

Because it’s a closed research facility, visitors aren’t allowed at the Freeman Ranch body farm. One day, though, if you choose to donate, you could reside there forever. Or at least until the cats show up.

Previous post The Skinny On Necropants: Trousers Made Of Human Skin