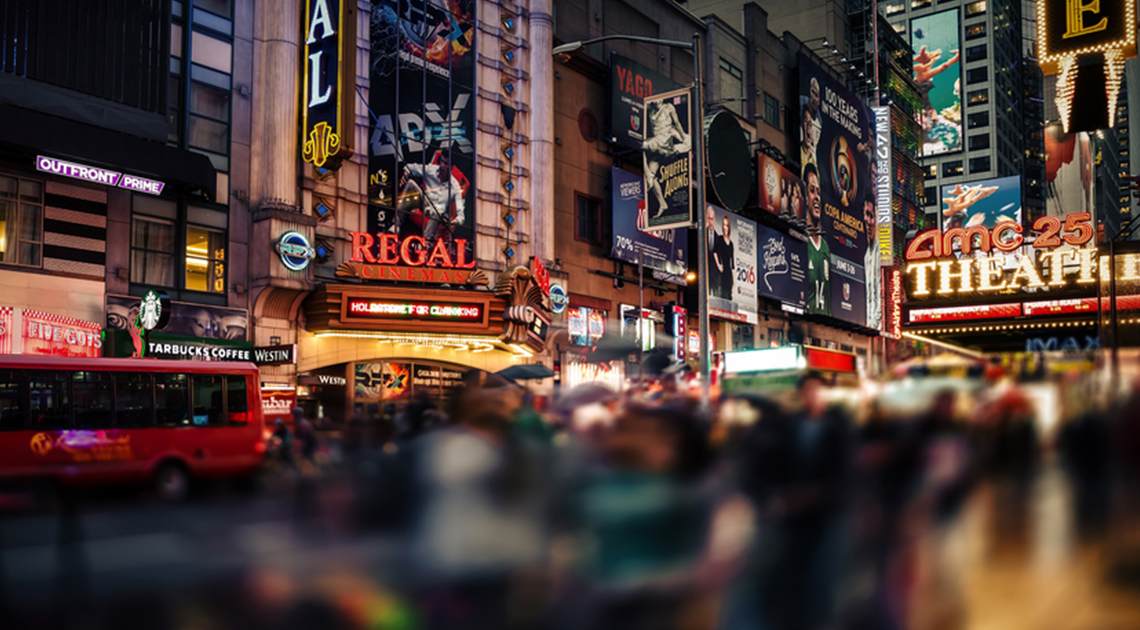 People flock to Broadway during the holidays to enjoy the spirit of the season. But some end up having “spirited” encounters instead. Broadway (formerly “The White Way”) has a long and storied history, and some of its performers appear to linger well after their final curtain call.

From ghost lights to spectral acrobats and musicals inspired by real-life murders, check out these chilling Broadway paranormal stories.

What happens when actors take their final bows, and the curtain drops for the night? The ghost light comes out. This fixture, found in major theatres on Broadway, serves many purposes. Some even claim it protects against the supernatural.

What’s the ghost light? An exposed incandescent bulb or CFL lamp left on at center stage. The ghost light tradition stretches back to the 19th century when gas lighting illuminated theatres. To relieve pressure on each theatre’s gas valves, staff left one dimly lit gaslight on at night. This light also prevented accidents and injuries after the house dimmed. 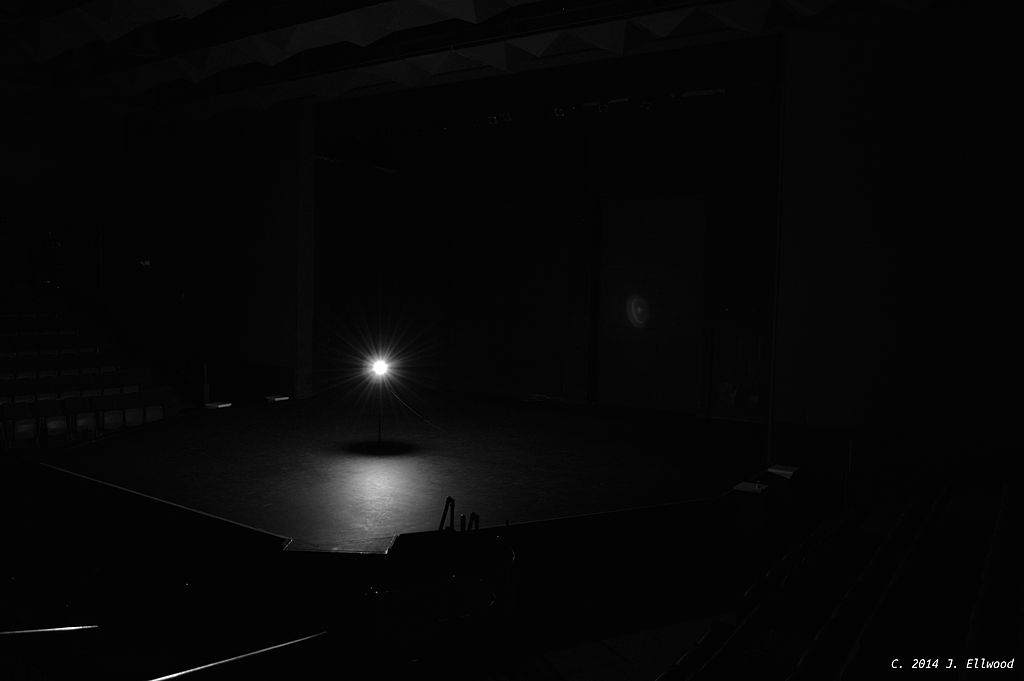 A Ghost Light on an empty stage in a darkened theater, following the tradition of leaving a lamp lit on an empty stage. Taken at the WildWood Arts Center, Little Rock, Arkansas. || CC: Ellwood jon via Wikimedia Commons

But that’s where the practical explanations end. Plenty of superstitions also surround keeping a light on stage at all times. Many theatre enthusiasts claim it’s left on to ward off the supernatural. They believe it prevents phantoms from getting mischievous when no one’s around. Despite ghost lights, some theatres of the White Way still report plenty of paranormal activity.

A Spectral Acrobat and More at NYC’s Most Haunted Theatre

Located at 1556 7th Avenue and W 47th Street, the Palace Theatre dates to 1903 and has seen its fair share of musicals, plays, and spine-tingling encounters with the paranormal. Many of these sightings relate to Louis Bossalina. In 1935, he sustained near-fatal injuries after plunging 18 feet to the Palace’s stage while performing with an acrobatic team. 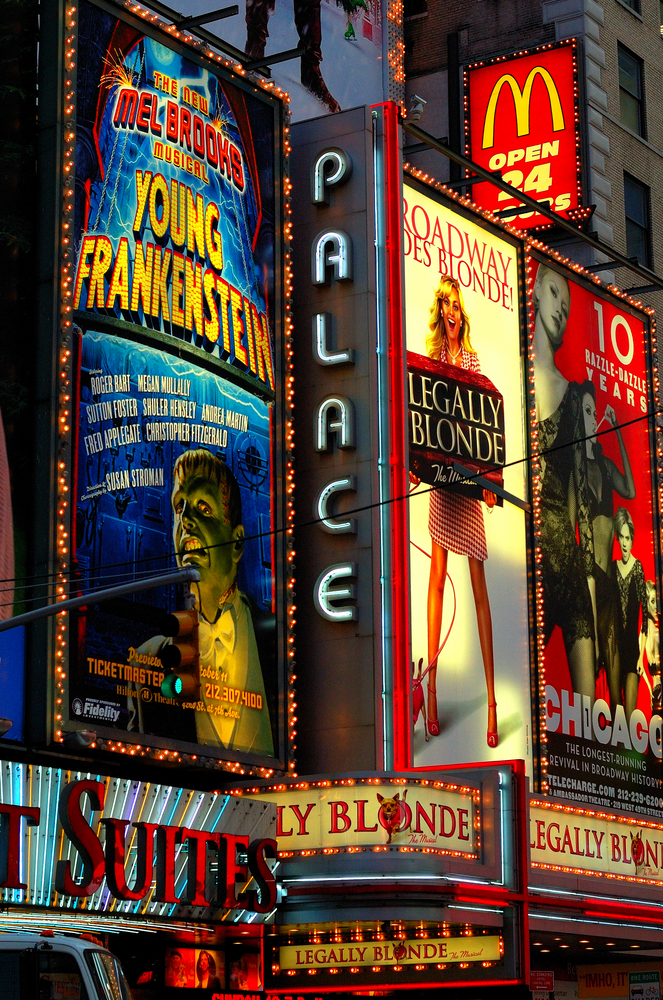 Actors and stagehands still claim to see him swinging from the rafters late at night. They also hear his frantic shriek, and some claim to have seen him fall.

In 1995, a cast member of Beauty and the Beast reported the appearance of a cellist in a white gown who then vanished from the orchestra pit. Cast members called in famed psychic Elizabeth Baron to investigate. Baron identified 103 lingering souls while walking the theatre’s grounds. Her report helped clinch the Palace’s reputation as the most haunted theatre in the world.

Who were these spirits? According to Baron, they included famed singer Bing Crosby who formerly entertained troops there. Many people also claim to see Judy Garland’s specter near the door in the orchestra pit. Garland performed there in the 1950s.

The Theatre Impresario and His Lady in Blue

Constructed four years after the Palace, the Belasco Theatre sits at 111 W 44th Street. Commissioned by theatre impresario David Belasco, it’s the sixth oldest theatre on Broadway. Unlike the Palace, where phantoms congregate in large numbers, most Belasco sightings relate to its namesake David Belasco who died in 1931.

Over the decades since his death, countless sightings of Belasco have occurred. How do actors, theatre employees, and audience members know it’s him? They recognize his signature outfit, a clerical collar, and cassock. During his lifetime, this outfit earned him two nicknames, “the monk” and the “Bishop of Broadway.” 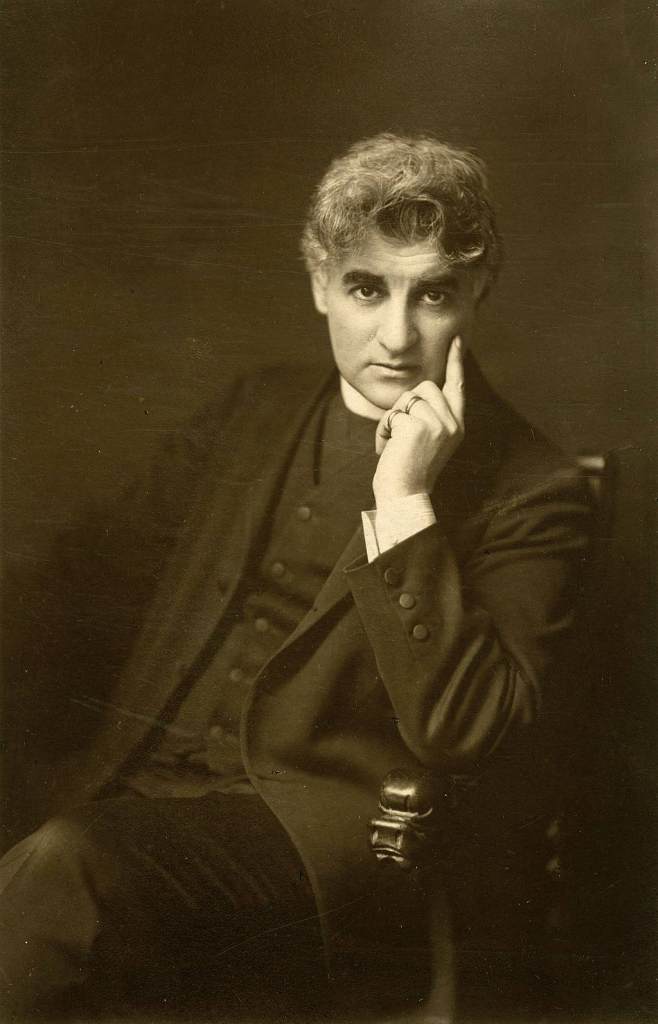 Some actors have also reported seeing a dark shadow figure seated in the balcony who attempts to speak to them after the show. If that’s not spine-tingling enough, people say the theatre’s curtains move on their own, doors open and close for no reason, and disembodied footsteps are often heard. Reports of a lady in blue, perhaps one of Belasco’s former lovers, have also made the rounds.

Shadows in the Balcony

Like the Palace, workers constructed the Lyceum (149 W 45th Street) in 1903. The oldest continually operating legitimate theatre on Broadway, it’s little wonder it boasts a paranormal inhabitant, too. That said, this ghost hasn’t been gone for long.

Who’s haunting the Lyceum? None other than legendary choreographer Bob Fosse who passed away in 1987. Fosse was famed for his innovative and distinctive style of dance. He worked with many performers and actors throughout his career. When a handful of them came together for a production of The Visit in 2015, some say their deceased teacher and friend decided to visit from beyond. 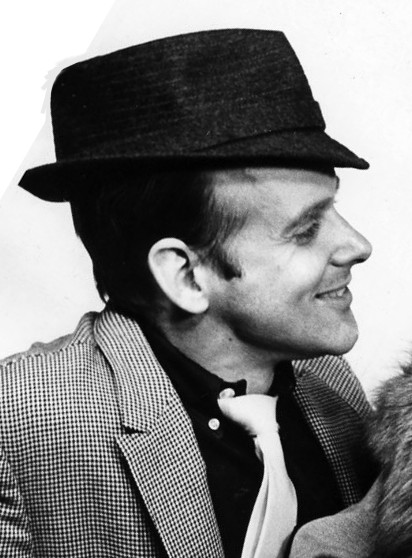 Fosse’s former students and associates included Chita Rivera, Donna McKechnie, and Roger Reese. As they rehearsed and performed, crew members heard unexplained sounds. They also smelled cigarette smoke coming from the balcony, although nobody was there. Rivera and the crew decided it had to be Fosse. After all, he loved watching his students from the balcony while having a cigarette. Find out more about this strange, hair-raising visit.

The Murders That Inspired a Musical

Speaking of Bob Fosse, his masterpiece Chicago continues to captivate audiences. It holds the record for the longest-running American musical in Broadway history. The 2002 film version, starring Richard Gere, Catherine Zeta-Jones and Renée Zellweger, earned an Academy Award for Best Picture, a rare accomplishment for a musical.

But did you know real-life Windy City murders from 1924 inspired the storyline? In March, Belva Gaertner, a stylish cabaret singer, ended up in the clinker after a young car salesman named Walter Law turned up dead in her car alongside a bottle of gin and a handgun.

Then, in April, 23-year-old Beulah Annan joined Gaertner on “Murderesses Row” after confessing to the murder of her lover, Harry Kalstedt. Newspaper journalist Maurine Dallas Watkins covered both stories, eventually spinning them into a play. This play, in turn, became the basis for Fosse’s musical. 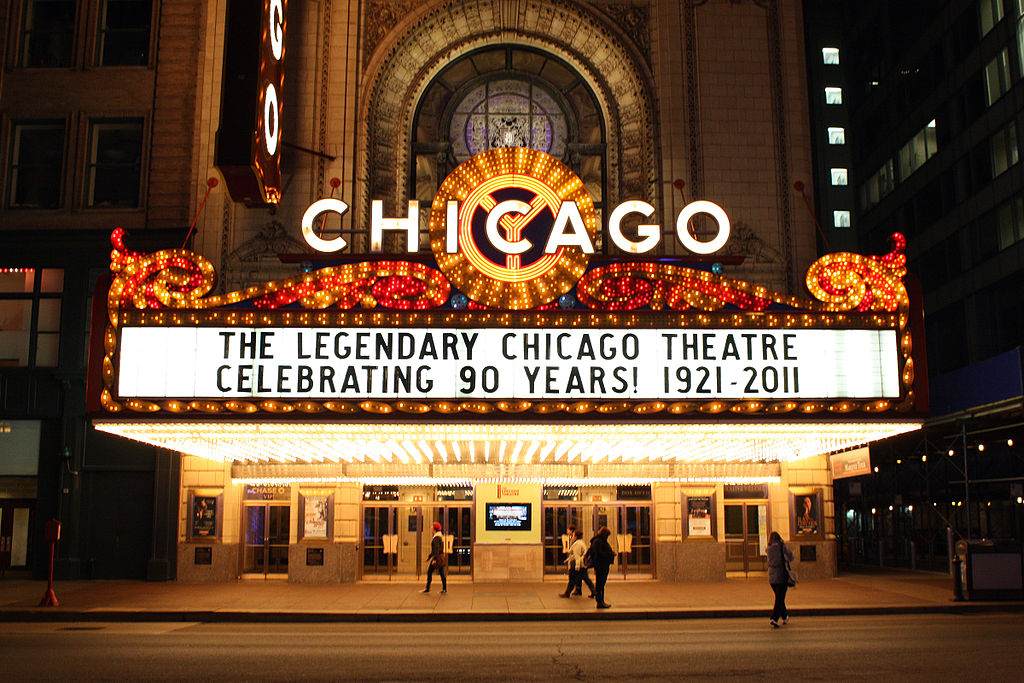 Whether we’re talking musicals inspired by actual murder cases or theatrical hauntings that even ghost lights can’t deter, Broadway boasts many spirited stories. As you enjoy performances this holiday season, keep your eyes peeled for actors, performers, and theatre owners who may be visiting from beyond the grave.

Next post Give Us A Believe It or Not! For The Books!

Previous post Strutting Into The Secret Life Of Coco Chanel