Barack Obama named him a Champion of Change in 2011. 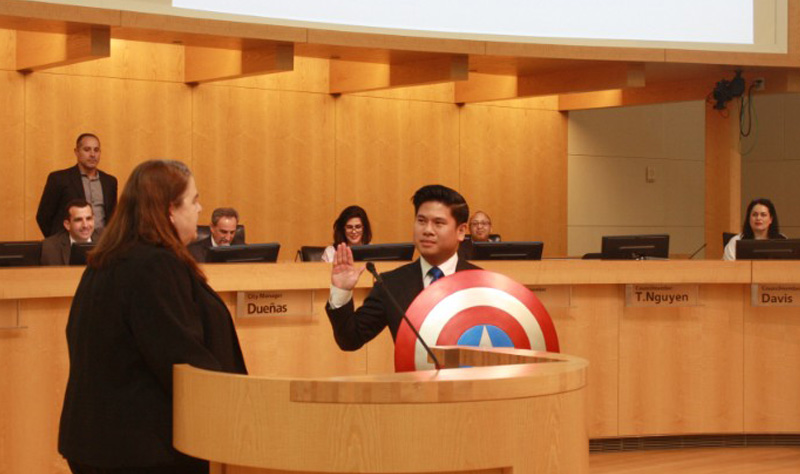 The Republican councilman said he took his job seriously but wasn’t above entertaining people to get them interested in public policy.

Yes, we have video of San Jose councilman @LTDiep taking his oath of office with a Captain America shield. https://t.co/eaQY69OEXY pic.twitter.com/0lWUfjZGAW

Diep was actually named an official Champion of Change in 2011 by President Obama. When asked why he chose Captain America’s shield, he said Captain America was “the embodiment of America’s ideals.”

The son of refugees from Vietnam and a former member of the Equal Justice Works, Diep seems to have all the trappings of a modern superhero origin story. But will he live up to the theme song?