You might think that the story would end there: hanged on May 23, 1701—Kidd's body grotesquely left on display alongside the River Thames... 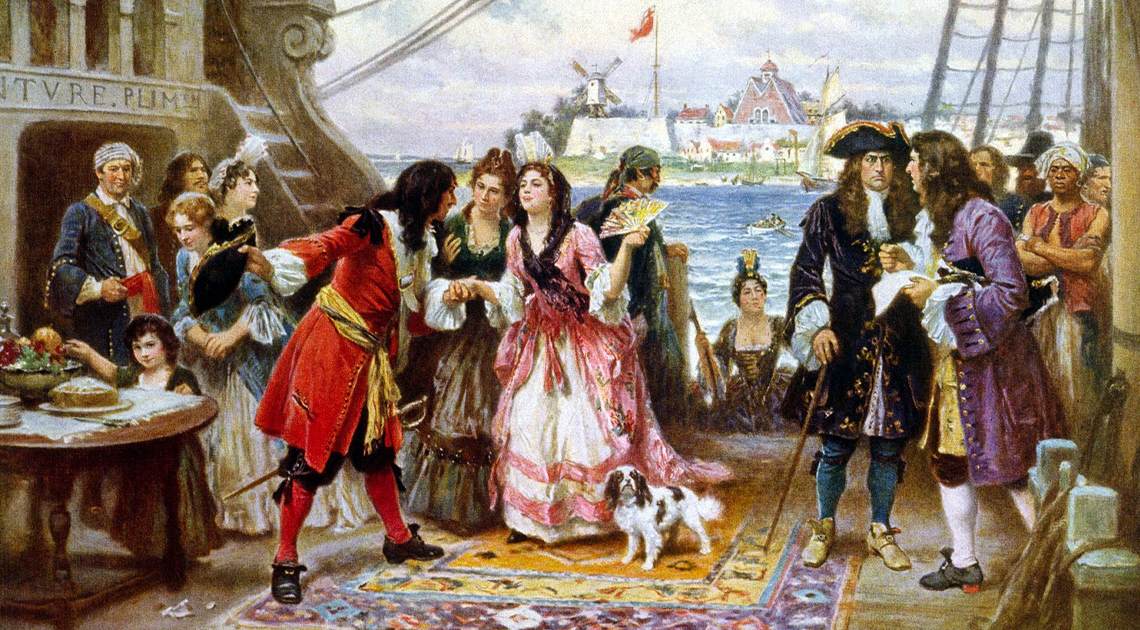 The likes of Peter Pan and Robert Louis Stephenson’s Treasure Island have really warped our view of pirates in popular culture. The exploits of roguish anti-heroes, like Johnny Depp’s Captain Jack Sparrow, are mostly the stuff of legend. But, as we’ve previously covered, merciless captains didn’t actually make hapless prisoners walk the plank…that we know of!

Burying treasure, too, was almost entirely unheard of, impractical, and counter-productive as such a practice would tend to be. Despite reports to the contrary, though, it actually did happen at times! The best-known example of this was the case of Captain William Kidd, who attempted to hide his plunder beneath the soil of Liberty Island.

The Birth Of A Pirate Legend

Kidd was born in Scotland in 1654. His father, John Kidd, was a sailor himself, and it was clear that the young boy would grow up to follow in his footsteps. By his mid-thirties, William Kidd was the Captain of the Antigua and had moved to New York to begin a new life. He could never have imagined what a colorful life it would turn out to be, or how the city of New York would tie into the impossible legends that still surround him.

Kidd enjoyed a lucrative life during the war between France and England in the following decade, now commanding the Blessed William. In his position as a privateer, it was Kidd’s job to defend the country’s own valuable ships and pursue wealth, dominance, and control of the seas. He was essentially a pirate authorized by the government to cause mayhem and protect their investments.

As a privateer, Kidd could reap the bounty from the loot confiscated by enemy ships. And, in exchange for this service, the country also expected a generous share of the loot he collected. Remarkable loot it would turn out to be, too, but a swift upswing in the law would soon mean that Kidd had no time to enjoy it!

Howard Pyle’s painting of William “Captain” Kidd and his ship, the Adventure Galley, in a New York City harbor.

Early in 1698, came one of Kidd’s most notable attacks. While voyaging near India, Kidd and his crew were pleasantly surprised by the arrival of the Quedah Merchant. This 500-ton Armenian ship was loaded with valuable cargo including sugar, opium, and silk, claimed it for its own. Of course, a ship of this magnitude and value was owned by a powerful minister who had his fair share of connections when it came to scouting out privateers like Kidd.

In the time since Kidd had set sail, the authorities had come to fear and loathe privateers and pirates alike. He fought for a pardon for his actions, on the grounds that his men had forced him to commit acts of piracy, but was arrested in Boston by New England’s governor, Lord Richard Bellomont. He was sent back to England to face trial—a kangaroo court that would reach a foregone conclusion, as tended to be the case with such trials at the time.

Kidd’s Death Is Only The Beginning

So, you might think that Kidd’s story would end there: hanged on May 23, 1701—his body grotesquely left on display alongside the River Thames as a warning to any others who may be considering piracy as a ‘career path.’ The crux of his legend only begins here, though, as tales of ghostly sightings and mysterious buried treasure continue to be told to this day! 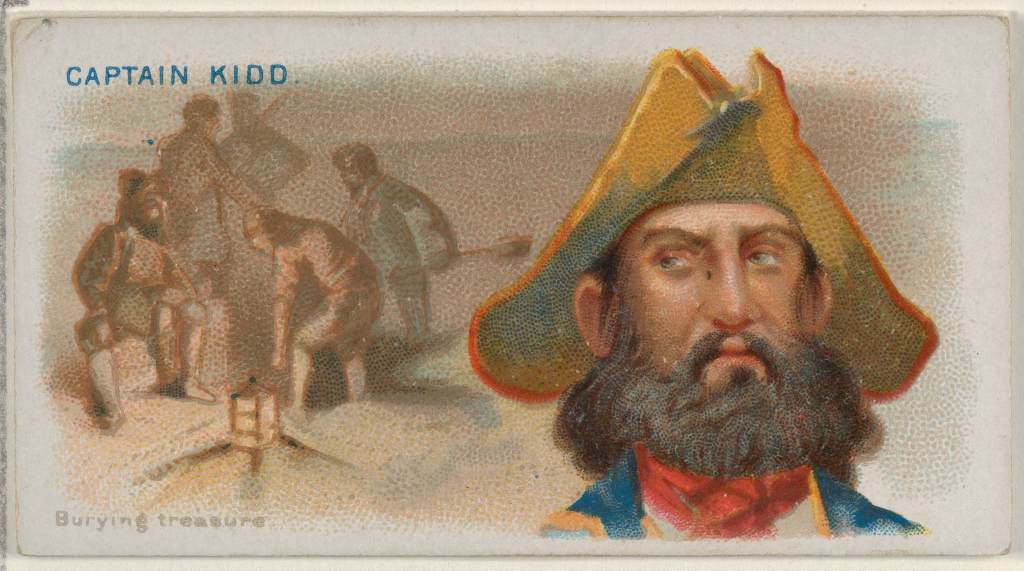 On his way to Boston, surely knowing he was being hunted, Kidd stopped in various places to secrete some of his valuable bounty for safekeeping. One of these locations was Gardiner’s Island in East Hampton, New York. There, in June 1699, he hid $30,000 in treasure in an out-of-the-way place, having obtained the permission of the Gardiner family to do so. Among this bounty were all the pirate treasure clichés in the book: coins, precious stones, gold dust, and scarce commodities, like sugar. It’s claimed that Kidd threatened to slaughter the Gardiner family should these valuables go missing before he returned.

Incredibly, this is no tall tale. The governor ordered that these items were retrieved by the Gardiners and presented at Kidd’s trial. The story goes that Kidd dispensed much of his accumulated wealth in this fashion—with friends and associates taking away portions of it for him to hide it from the authorities. While we know this happened during the days he spent on Gardiner Island, he is also said to have done the same on Block Island, where he’s known to have spent some time as he sailed towards his fateful encounter with Boston’s governor.

Could There Be More Treasure?

In 1955, a search of Block Island was conducted using sophisticated equipment that could detect treasure beneath the ground. It didn’t turn up anything of value. If Kidd did hide a secret treasure horde on Block Island, he certainly hid it well!

Perhaps most interestingly of all, though, some of his booty is said to have been buried on one of the world’s most famous islands: Liberty Island. With Kidd owning a magnificent home in the area, it’s certainly not beyond the realm of possibility that he may have done so. The prime location continues to keep this tale alive in the minds of treasure hunters to this day, as do the stories of Kidd’s ghost haunting the site to defend his supposed treasure.

Today, Kidd is sometimes said to guard the Statue of Liberty. His intentions may not be so honorable, though. In one famous tale, two soldiers, Sgt. Gibbs and Private Carpenter, discovered Kidd’s stash of treasure at the nearby Fort Wood in 1825. As they attempted to open it, however, the vengeful pirate’s ghost arose and terrified both men.

On awakening, both men claimed to have seen a horrifying figure emerge from the ground, surrounded by fire, ashes, smoke—the works. In summation, Kidd is definitely known to have buried at least some of his treasure—one of very few pirates recorded to have done so. There could even be more still out there. As for whether Kidd’s demonic spirit continues to jealously guard it, flames and all? That’s just a little harder to believe!

Previous post Your Memory Is No Match For Griffin, The Ivy-League Parrot