Children in Atule’er village Climb 2,600 Feet to get to School

15 school aged children in Atule’er village have to climb a 2,600 foot tall cliff in order to get to and from school.

You Thought Your Commute was Bad

If you have grandparents, you’ve heard the stories of their five-mile trek to school, uphill both ways, in the snow, and without shoes. The adage is meant to make you feel good about your own lot in life and remind you that no matter how bad you think you have it, someone has it worse.

No one understands that last part as well as the schoolchildren of Atule’er village in China’s Sichuan Province.

The 200-year-old village is located on top of a cliff 799 meters (2,624 feet) high. Being on the cliff isn’t a problem since the ground is fertile and many residents make a living growing fruits and vegetables. The problem is that the only school in the area is at the bottom of the mountain.

The 15 school children, the youngest being six-years-old, in the village have to climb down the cliff face if they want an education.

The trek takes them about two hours and is so grueling and dangerous that they remain at school for two weeks after they arrive before heading back.

The climb is made with the aid of 17 vine ladders, making it all look like the world’s scariest tree house.

Parents take turns accompanying the children on their journey, but that doesn’t eliminate the risk. Tragically, eight residents have fallen to their deaths during the trip in the last two years.

The Future of Atule’er Village

This school journey isn’t the first of its kind. In 2012, news broke of children in Indonesia who had to cross a collapsed bridge over a flowing river to get to school.

Like those children, the students in Atule’er village can expect to have their commute made safer eventually, but there’s no saying how long that might take. The country doesn’t have the money to build a road to the school now, but Beijing has said they are dedicated to tackling the poverty issue faced by some of its more desperate areas.

In the meantime, we can only hope that these kids remain safe and applaud their dedication to education. 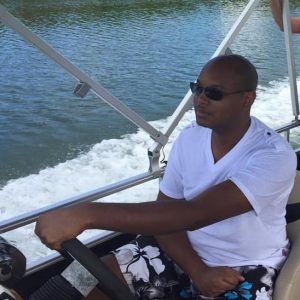 About the Author Adrian