A nude horse is a rude horse. 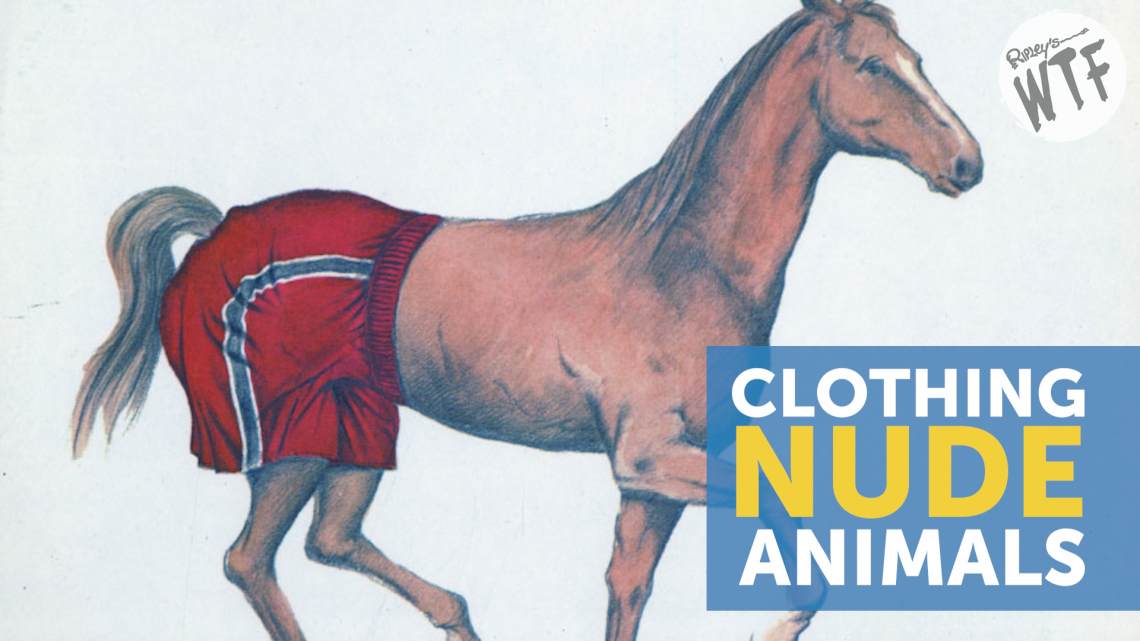 America in the 1950s was rapt with concern for morality and decency. As the greatest generation returned home to a baby boom, the family became inextricably tied to social identity—an identity that would become challenged in the 60s as boomers grew up. It was during this time—when the family we had fought for was under apparent attack—that one organization stepped forward to fight for common decency.

The Society for Indecency to Naked Animals vowed to clothe animals everywhere. 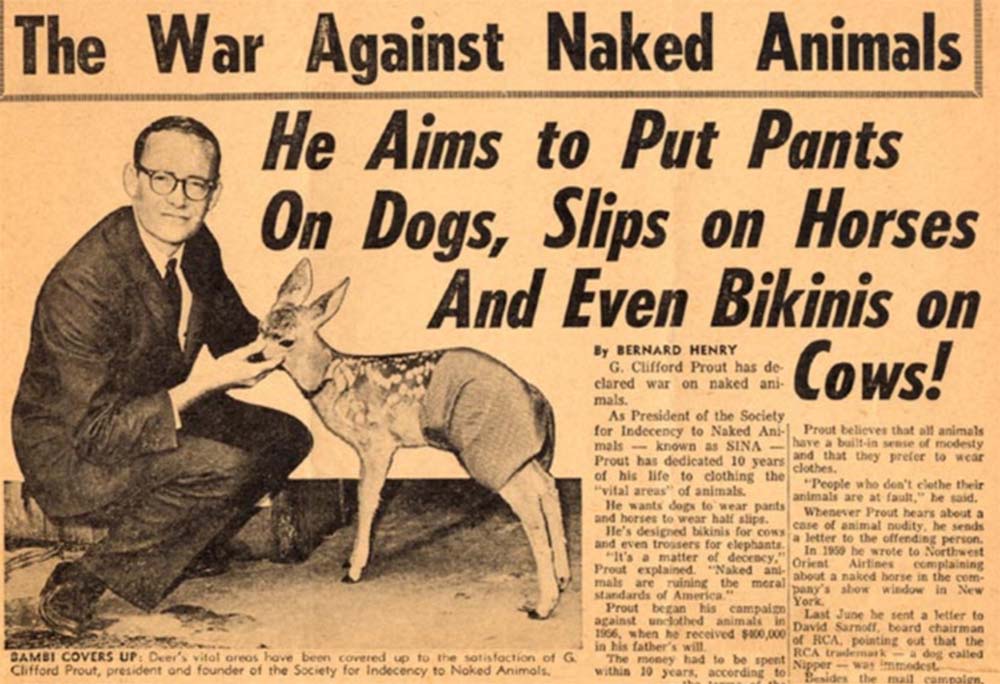 S.I.N.A.’s goal was to clothe any animal over four inches tall or six inches long. They argued that children were at stake. How could children understand why mom and dad wore pants, but not the dog?

They declared the Jersey Turnpike a moral disaster, claiming that a truck had collided with a tree after seeing two cows mating by the road. As they gained national attention, zoos were called peepshows for kids, and their motto, “Indecency today means morality tomorrow,” took over the news cycle.

They claimed to have over 50,000 members and were bringing in 400 more each week. People were putting together floats stocked with clothed animals to show what a proper barnyard look like in parades. A plane even air-dropped clothes onto cow pastures for farmers to dress their animals. 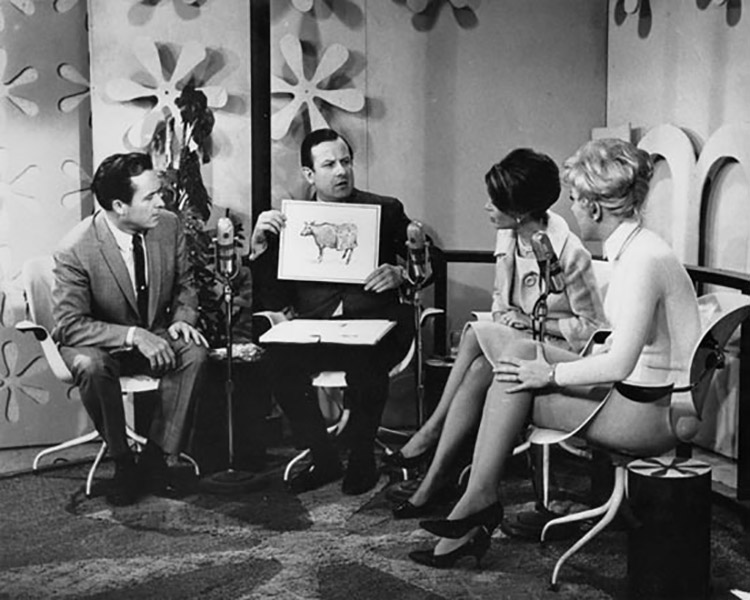 The organization’s president was G. Clifford Prout Jr., a man who claimed horse-dressing ancestry. He appeared on numerous tv shows, including NBC’s Today Show, excoriating animal nudity. He brought animal clothing on the air to demonstrate a solution to this dire threat, modeling Bermuda shorts for horses, slips for cows, and pants for kangaroos.

“A nude horse is a rude horse.”—G. Clifford Prout Jr.

Members were asked to play active roles in their communities and issue “SINA Summonses” to neighbors seen trotting their pets about in shameful nudity. Members even picketed outside the White House, urging Jackie Kennedy to clothe her horses. 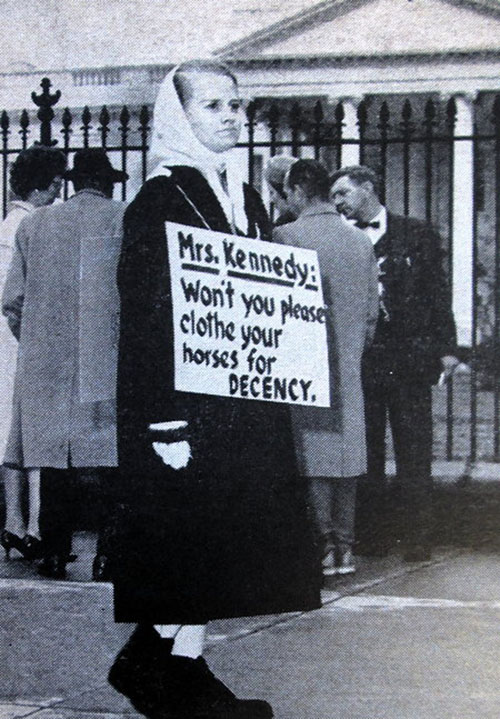 By the time Prout appeared on CBS news being interviewed by Walter Cronkite, SINA had been in the spotlight for six years, but their reputation would soon turn to infamy.

Workers at CBS soon realized that Prout’s name was a fake, he looked suspiciously like comedian Buck Henry, who was working for CBS at the time. Henry soon stepped forward and revealed the whole thing was a hoax. Started by renowned hoaxer Alan Abel, Henry had agreed to act as the organization’s president and was in on the scheme from the beginning.

Abel had actually gotten the idea from seeing two cow’s mating off the highway, but the people who had joined up were real. Henry nor Abel cared about animal nudity, but they showed that lots of other people apparently did. Abel even had to turn down a $40,000 donation organization, stating that he never wanted to cheat anybody.

Next post Is Shuffle Random? Why You Wouldn't Want It To Be