It’s Great to be Alive in Colma

The city of Colma, CA boasts having more dead bodies buried there than living people roaming the streets.

The Necropolis of Colma, CA

There’s a superstition that you should hold your breath when moving past a cemetery. If you’re a superstitious person, I’d suggest you ignore that particular habit when you pass through the city of Colma.

The entire city is little more than one big cemetery.

Don’t assume that living so close to a constant reminder of their own mortality depresses the 1,700 living residents of Colma. On the contrary, the people who call the necropolis their home look fondly on the cemeteries, referring to them as their memorial parks.

It may be hard to believe that people can be happy about living in a place surrounded by the dead, but people can feel high levels of civic pride living anywhere.

How did it come to pass that one small city in California came to house 1.5 million dead bodies?

The Deadly History of San Francisco

During the California Gold Rush, the west coast was a prime territory. People flocked there seeking fortune. Throughout history a pattern has been established: When human beings settle in droves, disease and death usually follow.

The people migrating from east to west brought a lot of germs and inadvertently killed off a lot of native Californians. In turn, the settlers were exposed to disease they had never experienced before, and a lot of them died too.

The result of all this dying was that San Francisco’s cemeteries had to put up No Vacancy signs. In an attempt to make sure their city didn’t become a ghost town, San Francisco decreed that no one else would be laid to rest there, making it a relatively cemetery-free zone.

Situated a mere ten miles away, Colma was founded to handle the overflow.

Taking it all one step further, the city decided to dig up a lot of its dead and have them shipped off to Colma. 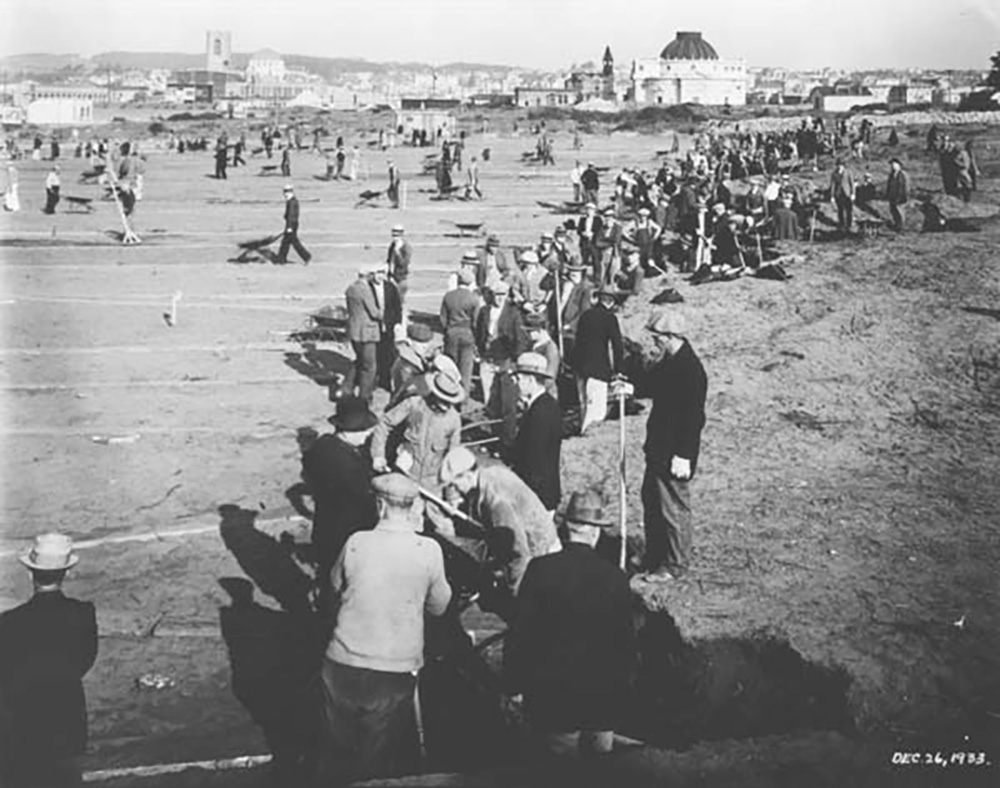 With 1.5 million people buried there, it’s inevitable that some of them would be famous. Here’s a small sampling of the tombstones you can visit on a trip to Colma. 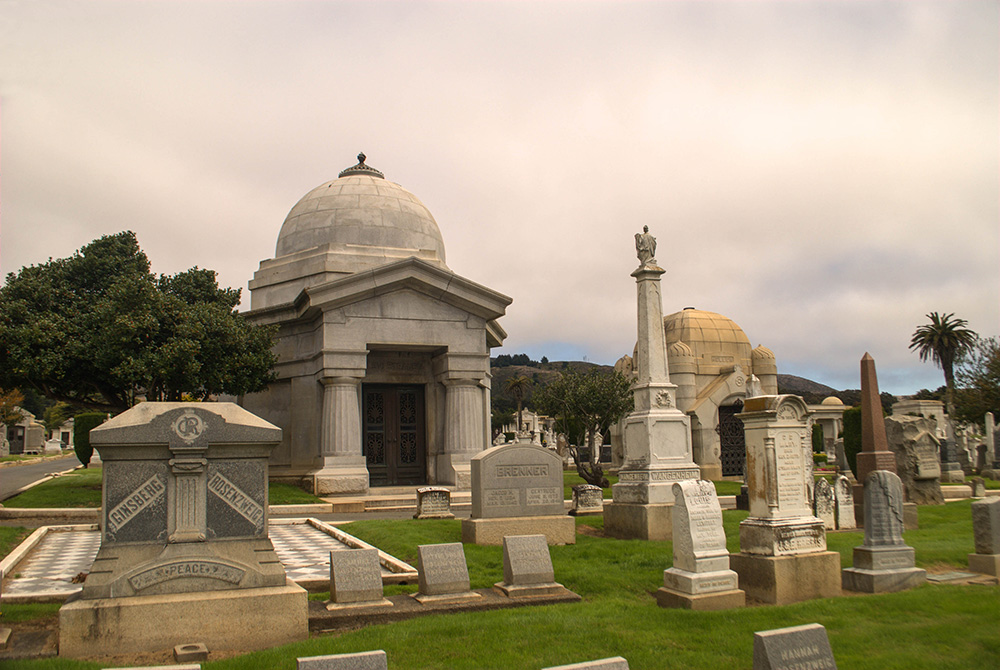 Levi Strauss has that big mausoleum in the back

Next post Artist Gets a Tattoo Designed by a Monkey