The Crocodile Claw War Club Was A Fearsome Weapon

You wouldn't want to find yourself on the wrong end of this club.

The Maori people of New Zealand migrated into the region from Polynesia in the 13th and 14th centuries. Canoes brought travelers and their customs to a new land. One tradition involved the taniwha, mythical sea creatures that followed in the forms of sharks and fish behind their boats. Each tribe was said to be held accountable by a taniwha. In some cases, the creatures acted as guardians, but in others, they could be malevolent deities.

As the Maori migration brought them closer to the continent of Australia, the mythology surrounding taniwha morphed. Maori people became familiar with caves and freshwater ponds. They also became familiar with the saltwater crocodile. While their neighbors to the west in Papua New Guinea had built an entire founding mythology on the crocodile, the Maori adapted them into their existing traditions.

As the legends changed, the taniwha began living in dark caves and assuming more lizard-like forms. Though it was rare for a Maori tribe member to encounter a saltwater crocodile, their appearance was inseparable from tales of the taniwha. 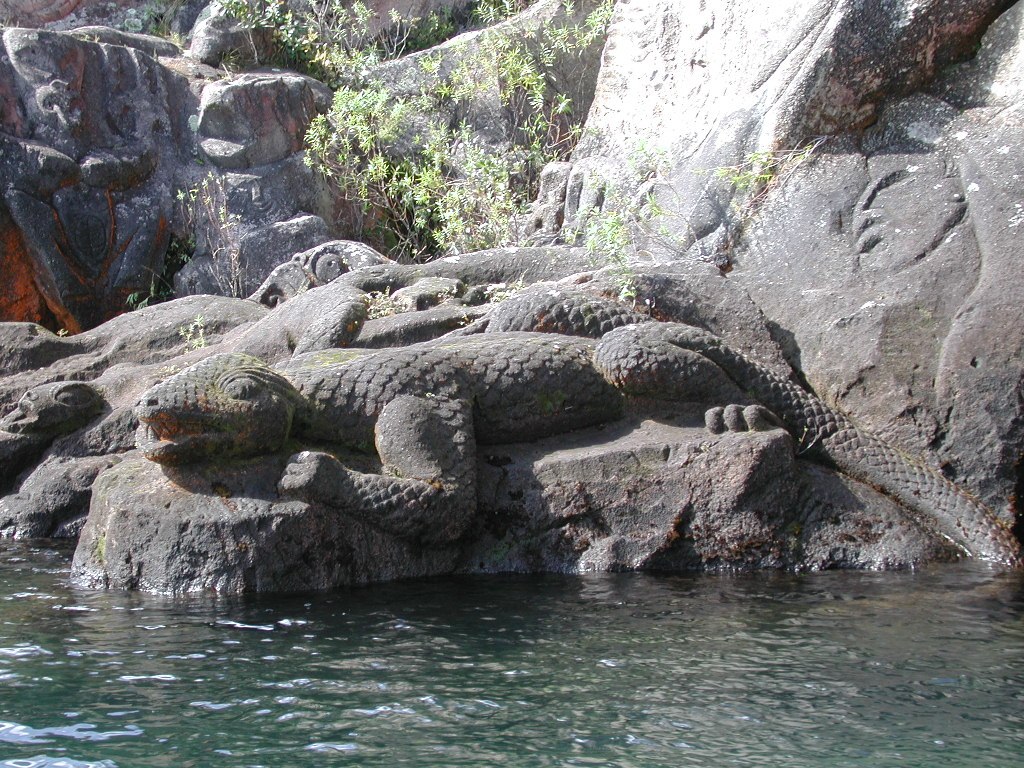 As flotillas of Maori settled New Zealand, occasional conflicts broke out between tribes. Though the Maori used spears for fishing, they used clubs for warfare. With no access to steel, these clubs were usually made of wood or whalebone, affording plenty of lethality in the hands of a well-trained warrior.

Though clubs were sometimes decorated with shark teeth, the pinnacle of warclub technology was called greenstone. These clubs were made from jade and belonged to only the most skilled and powerful warriors. 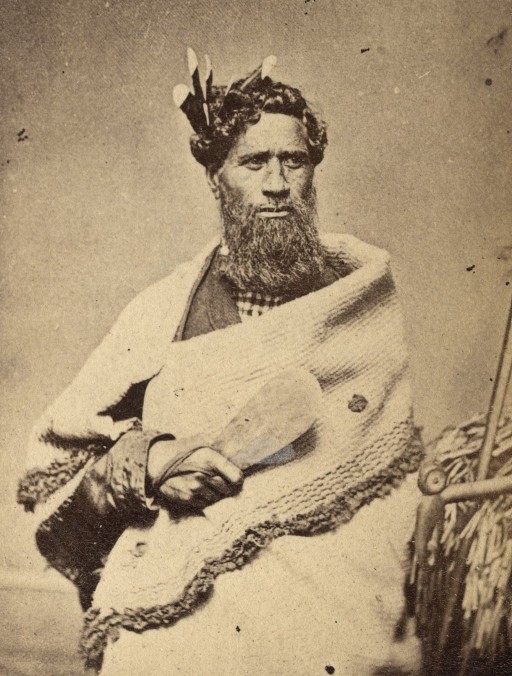 A Maori chief with a greenstone club.

The tribal powers established in ensuing conflicts produced a warrior culture that again caused the taniwha lore to change. Stories about wars with the taniwha became numerous and man always managed to outwit these ferocious beasts. In one story, a tribe managed to kill a taniwha together, and when they split open its stomach, they found villagers swallowed hole, along with greenstone clubs wielded by mighty warriors the beast had defeated.

The crocodile war club in the Ripley’s collection is the culmination of Maori traditions relating to crocodiles, the taniwha, and war clubs. Records indicate it was traded to the Maori from aboriginal Australians in the early 1800s before being made into a club. Perhaps a symbolic representation of wielding ultimate power, the club would likely have made a dangerous weapon, but was probably used in ceremonies and dances as a rattle instead.

Next post The King Of Lizards Was Actually A Whale

Previous post Journeys To Every Country In The World: Part 2 – Graham Hughes