Move over, Frankenstein! Scientists use puffs of air to turn dead spiders into creepy claw machines. 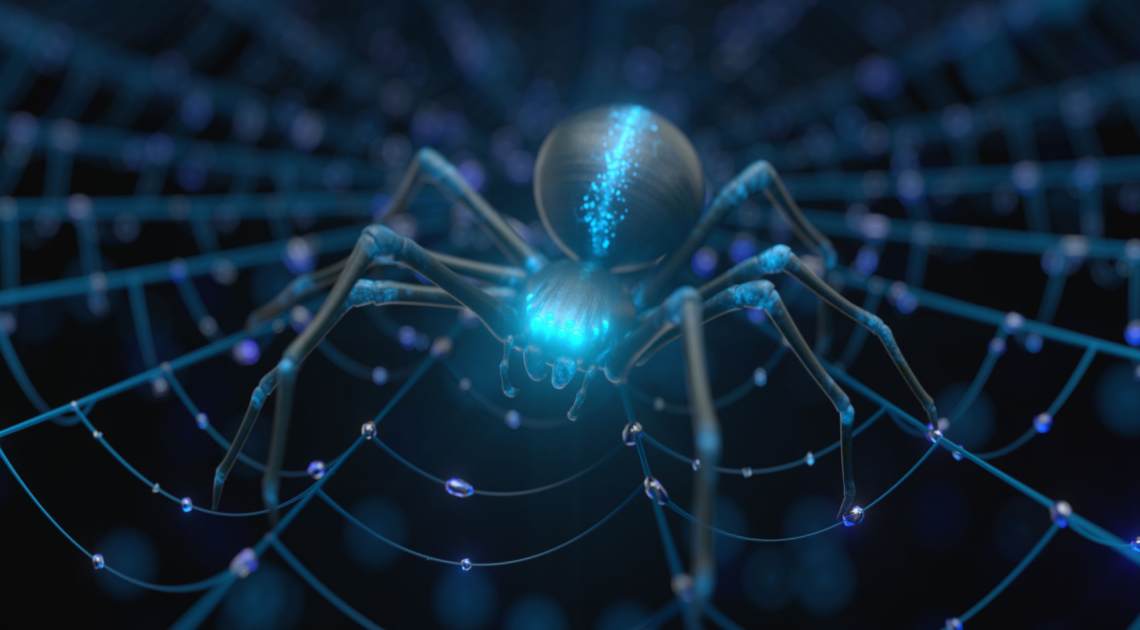 Few moments beat the cinematic brilliance of Gene Wilder channeling Dr. Frederick Frankenstein in 1974’s Young Frankenstein. As he waits for the monster he’s pieced together to stir, he screams heavenward, “Life! Life, do you hear me? Give my creation… LIIIIIIFE!!!” Of course, anybody familiar with this cautionary tale knows things go downhill for Frankenstein after the reanimation of his monster. Nevertheless, various researchers around the world continue to work on ways to circumvent death.

One of the latest endeavors is downright horrifying — it involves the reanimation of deceased spiders, namely wolf spiders, to create what can only be described as miniature versions of the claw machines seen at carnivals. Except these claws machines come with a gruesome biological twist. As if seeing one zombie-like spider isn’t enough, scientists have even used the Frankenstein-like arachnids to pick up other dead wolf spiders.

Researchers have turned dead spiders into necrobotic grippers capable of lifting items that weigh more than 100 times their own body weight. pic.twitter.com/GHYaJSXF5H

Starting to feel your skin crawl? Keep reading for the inside scoop on eight-legged necrobots.

A Dead Spider Curled Up in a Ball

Although the concept of necrobot spiders sounds a lot like a subplot of Mary Shelley’s famous horror tale, the discovery had nothing to do with the novel Frankenstein. Instead, it started with a group of researchers at Rice University. After discovering a dead spider curled up in a ball in their engineering laboratory, they were inspired to find out why spider legs ball up tightly against the abdomen after death, per Smithsonian Magazine. What they uncovered yielded the concept behind necrobots.

As researchers delved more deeply into the anatomy of spiders, they realized that arachnid legs are similar to hydraulic pressure systems. When a critter expires, the hydraulic system breaks down, hence the final contraction of the legs. Having stumbled upon this so-called hydraulic system, the team decided to reverse engineer it. Once they cracked the code, they could body-snatch dead arachnids, transforming them into veritable machines.

All Smoke, Mirrors, and Puffs of Air

If you assume the reanimation of spider corpses is some kind of magic or illusion, you’re far from alone. But we can assure you, there are no smoke and mirrors when it comes to hijacking spider cadavers. Rather, it’s all about perfectly placed puffs of air. Using these spurts of air at strategic locations along each wolf spider’s corpse brought success in straightening all the legs simultaneously before allowing them to curl up again.

But researchers didn’t want to stop there. Like Dr. Frankenstein, the allure of triumphing over death proved too attractive a concept to ignore. And, fortunately, the necrobots’ creators didn’t need lightning or human cadavers to bring their strange creations to life. Further experimentation even allowed them to move the legs in a claw-like motion facilitating the pick-up of various diminutive objects.

You may be wondering why the researchers settled on wolf spiders for their experimentation. After all, couldn’t any old spider bodies do? Yes and no. You see, wolf spiders were a natural choice because of their ability to lift much heavier objects than themselves. Moreover, they have microscopic hairs on their legs, which translate into plenty of extra gripping power.

These biological advantages make wolf spiders the ideal creatures to pick up everything from irregularly shaped meshes to fragile electrical components and even those previously mentioned dead wolf spider bodies. Daniel Preston, senior author of the study, notes, “Our work here presents the first step in this new avenue of research, which we expect will extend to locomotion of necrobots by independently actuating each leg of the spider” (via The Register). Not everybody’s sold on the utility of spider corpses. But one thing’s for sure — the experiment has the potential to give even the biggest arachnid lover the heebie-jeebies!

Previous post How World War II, The Slinky, And A Bolivian Cult Are All Connected