The restaurant's previous life as a chicken farm may have helped preserve the 100-million-year-old tracks. 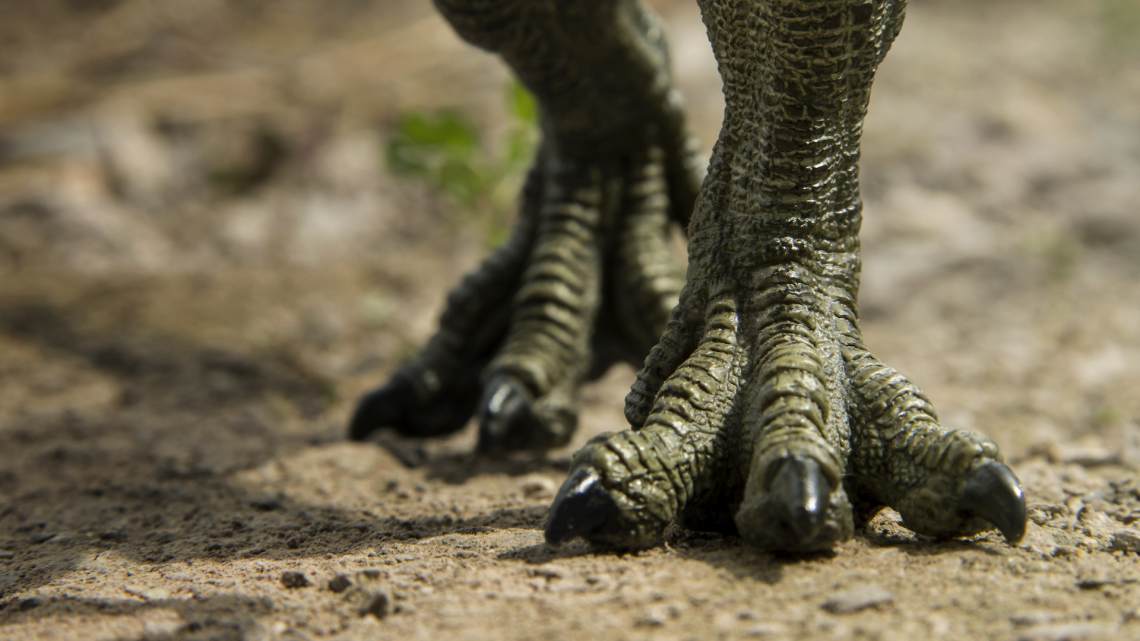 Usually at a restaurant, we’re too wrapped up in our drool-worthy meal to think about anything else. Well, one diner at a restaurant in southwest China proved that there may be more to your favorite lunch spot than just the good eats.

In the restaurant’s courtyard, a patron noticed something unusual imprinted in the stone floor nearby their table — a set of footprints. These weren’t just any ordinary footprints though. These were dinosaur footprints aging more than 100 million years back.

Expert paleontologists visited the restaurant to analyze the scene and ended up finding another set of fossil footprints close to the original set. Paleontologist and professor at the China University of Geosciences Lida Xing and his team used a 3D scanner to confirm which types of dinosaurs were responsible for these ancient prints.

Both prints were made by sauropods, one of the largest animals to once roam planet Earth. They were plant-eating dinosaurs known for their extremely long necks and tails, growing up to 70 feet in length — Believe It or Not!

A diner at an outdoor restaurant in China spots something on the ground that looks like a dinosaur footprint. Paleontologists confirmed it is. Here’s my article for The Washington Post: https://t.co/1fcHfd78nS #dinosaurs #paleontology #china #sauropod pic.twitter.com/siAM9PeU70

These prints were found in a city inside the province of Sichuan, which is not typical as fossils in the city are far and few between. According to Xing, his team prioritizes any new findings and tries to arrive at the scene within 48 hours of the initial discovery. Construction is so frequent in China that the fossils may become covered up if they wait too long.

So, how were these footprints were in such pristine condition upon discovery? The answer lies in the fact that the restaurant was once a chicken farm with layers of dirt and sand for the hens to lay eggs on. This extra padding helped to preserve the footprints while the chickens inhabited the area.

The owner of the restaurant loved the look of the natural stone underneath once removing the dirt and sand and decided to leave it untouched. The prints are now roped off in the courtyard so that restaurant-goers don’t harm them.

The Dinosaurs Left Their Mark

Paleontologists are quite fond of any print finds, as they help tell a lot about the behavioral patterns of certain species. There have been some other recent dinosaur discoveries in recent years all around the world.

Just this past August, 113-million-year-old prints resurfaced in Dinosaur Valley State Park in Texas. The marks were originally seen in 2000 but are typically covered by the Paluxy River. Recent drought conditions unveiled the tracks again after the river dried out.

Marie Woods, an archaeologist, was on the hunt for clams on a Yorkshire, England, beach. There, she stumbled upon a 165-million-year-old print, which was later discovered to be from a theropod.

A dinosaur footprint belonging to a “real Jurassic giant” has been discovered on the Yorkshire coast.

The print, said to be the largest unearthed in the county, was found by archaeologist Marie Woods. https://t.co/3CuxLMgbIt pic.twitter.com/NShuycsLQD

There was yet another recent discovery, this time at the University of Massachusetts Amherst, by a husband and wife who were digging for stones at a construction site nearby. One of their stones turned out to be a neotheropod fossil, believed to be between 145 to 200 million-years-old.

So as we can see, dinosaurs were just like us — they craved a tasty meal and sought to educate themselves by hitting the books on campus! Keep an eye out, because you never know where the next fossil will be found, and it might just be you channeling your inner scientist next.