Stitched to suit the 40-foot replica's burly neck and stubby arms, the massive sweater took more than 100 hours to complete! 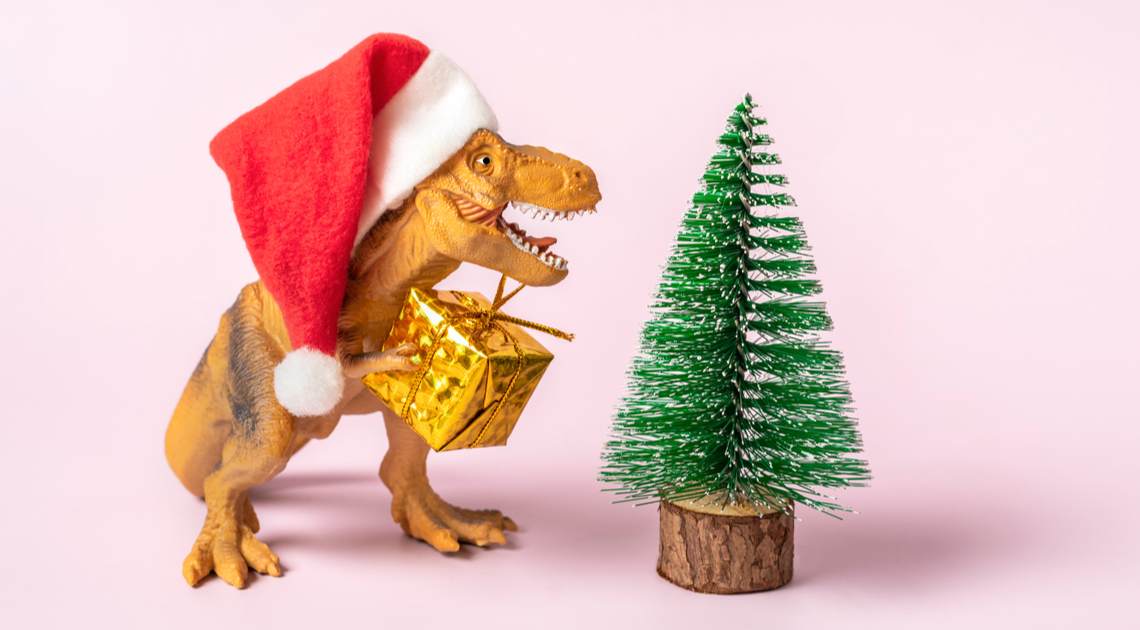 London’s Natural History Museum has gone full Clark Griswold with their holiday décor this year, even decking their animatronic Tyrannosaurus rex in an ugly sweater that would make Santa sing “fa-la-la-la-roar!”

While humans and their pets have been getting in on the ugly sweater action for years now, the T. rex‘s tiny arms (and extinction) usually excludes them from the festivities, but not this year! London’s Natural History Museum has given their animatronic dino a Christmas miracle with a sweater fit for a theropod!

As not to offend the joyful giant, who is all too familiar with the repercussions of climate change, the museum collaborated with clothing company British Christmas Jumpers to dress their largest resident with a custom sweater made from 100% recycled materials.

The end design is pretty roar-some, with a blue, red, and green knit and traditional motifs like Christmas trees and snowflakes, as well as a Triceratops print honoring dinos past. Stitched to suit the 40-foot replica’s burly neck and stubby arms, the massive sweater took over 100 hours to complete and had to be zipped up the back to accommodate the robot’s giant head.

Our animatronic T. rex is getting into the Christmas spirit. It’s been kitted out in its very own theropod-size seasonal sweater, made from 100% recycled materials, thanks to @britishxmas.
Get your claws on your own version: https://t.co/p02sVFP2nI#NHMtrexmas pic.twitter.com/ZRhyA0Ubi9

Though there have been reports of a few younger visitors crying upon hearing the motion-activated robot’s roar, most have been delighted by its hilarious get-up, which significantly softens the ferocious creature since it’s dressed more for caroling than a carnivorous feast.

“There is nothing more funny than a jumper fitted for a dinosaur that has the tiniest arms in the world,” said Carla Treasure, the museum’s buyer and product developer. “I think it makes it slightly less scary.”

Treasure was working with Patel to create an eco-friendly sweater for the museum gift shop when Patel was struck with the idea of bringing some cheer to the public after a rough couple of years. It didn’t take much to get the museum’s board of trustees on board, and the rest is prehistoric history.

The sweater will remain on the T. rex until Christmas Eve, after which it will be shredded and repurposed into another product that can be donated to charity.

The theme of this holiday season seems to be the bigger, the better, and you know we couldn’t miss out on the fun! We’ll be ringing in the new year with our very own piece of giant holiday décor, a 225.13-pound ball of human hair named Hoss! 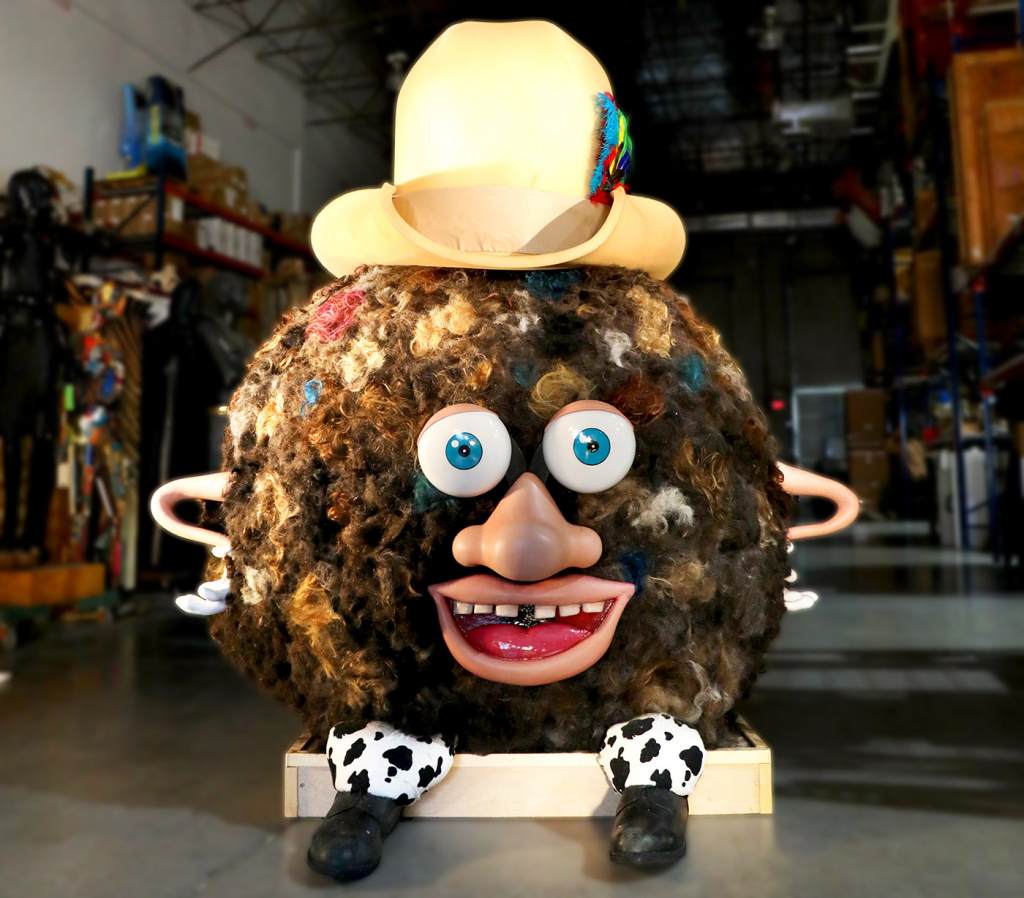 Standing at 4 feet tall with a circumference of 14 feet, our latest bundle of joy, Hoss the Human Hairball, has officially achieved the Guinness World Records™ title for the World’s Largest Ball of Human Hair, breaking the previous record by 55 pounds!

Hoss’s fame began in Ohio when stylist Steve Warden began compiling clients’ fallen hair until it reached a 100-pound mass in 2019. Since then, more than 3,000 people have added their own locks to the ball, with over 1,600 donations this year alone!

Most of this furry lump of holiday cheer was contributed during Ripley’s Shave the Beard and Make it Weird campaign, which not only added to Hoss’ hairy endeavor but also raised funds for Give Kids The World Village, a whimsical nonprofit in Central Florida that provides critically ill children and their families with magical weeklong wish vacations..

Get weird with Hoss this New Year’s Eve on Ripley’s Facebook Live, Friday, December 31, right before the clock strikes midnight as he counts us down to 2022!

Next post This Hairball is Officially the Guinness World Records™ Title Holder for Largest Ball of Human Hair!