The device vibrated 5,000 times a minute.

Dr. Gerald Macaura patented a device he dubbed a “blood circulator” in 1869. The device utilized a hand-crank to pulsate, creating a vibration to be used for massage. Devices like these were rarely advertised for their explicit purpose. Just as modern consumers prefer discrete packaging for these sorts of things, a Victorian woman could maintain a plausible deniability for her “massage tool” or “blood circulator” in more modest company. 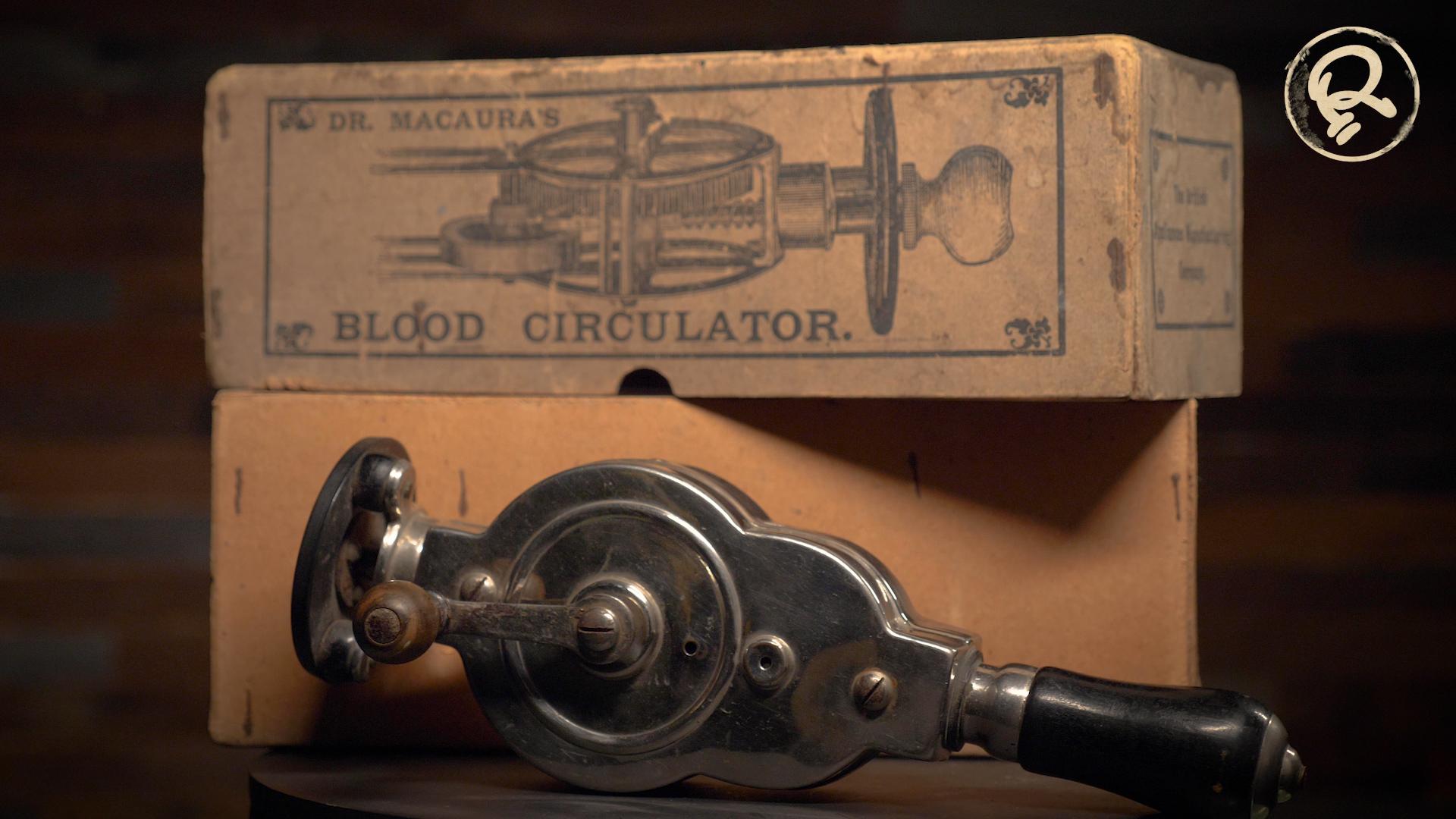 Women all across the western world were affected by the Victorian Era’s avoidance of sexuality in the social sphere. Massagers like Dr. Macaura’s were made in response to doctors becoming the go to source for what was dubbed “hysteria.”

Hysteria became a catch-all term in the public lexicon. Coming from the Greek word for uterus—hysterika—it reasoned that any number of health or mental problems suffered by women came from the womb. Some “academics” even went so far to say this was a reaction to not having children. 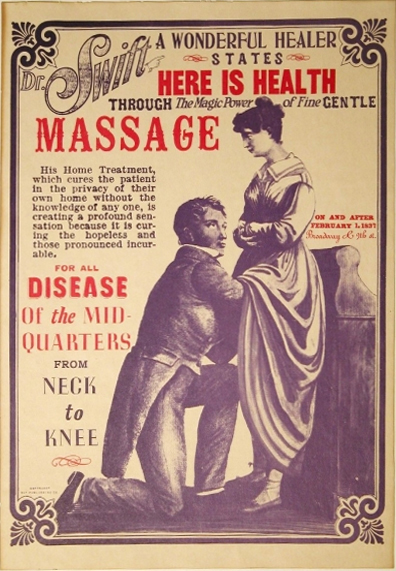 Massagers were originally made to be used by doctors, but as the need for treatments became more widespread and chronic, do-it-yourself solutions became widespread. The Sears catalog offered an assortment of personal devices for massage. Some were electrified, others hand operated. Dr. Macaura’s device was eventually marketed as the Pulsocon, claiming to vibrate up to 5,000 times per minute depending on how vigorously one cranked the handle. In addition, it could be fitted with a number of extra attachments, like polished knobs of wood or rubber suction cups. 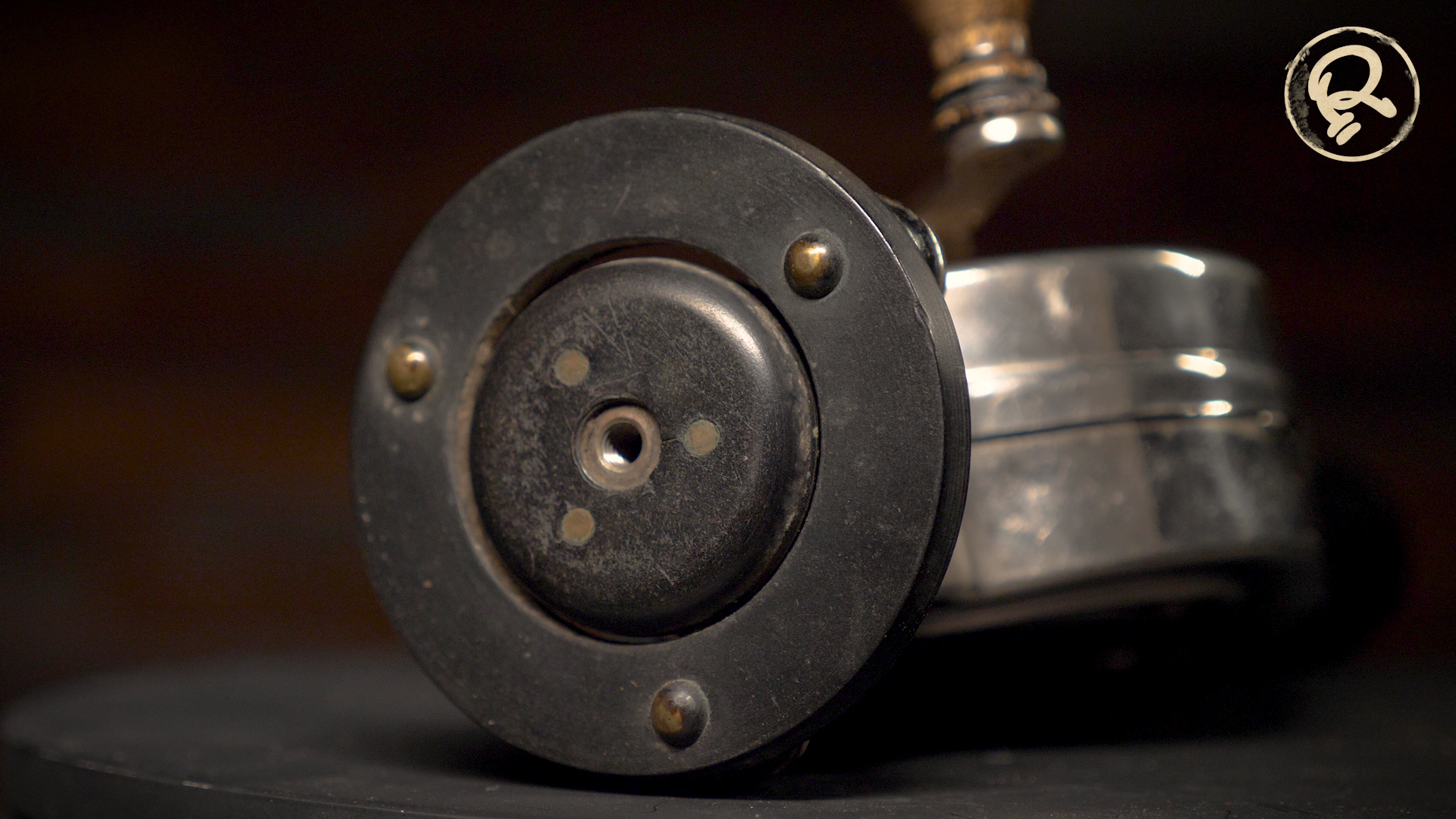 While much of this activity was going on with polite winks and nods, many who saw through the device’s intended purpose sought to disrupt the practice of self-care.

Since hysteria had been used as such a catch-all term for female distress, Macaura’s Pulsocon was advertised to treat an impossible number of conditions as well. Macaura was eventually busted on false advertising, spending a year in jail. Believe it or not, his customers didn’t seem to care, and he made $75,000 in sales just while he was imprisoned.