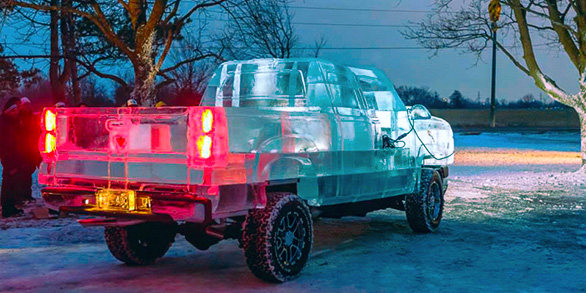 Casting a Love Spell, Strange Wedding Chapels & a Truck Made of Ice

With Valentine’s Day approaching, this episode of Ripley Radio, the official radio show of Ripley’s Believe It or Not! could prove to be a life saver for the lovelorn. Ripley’s resident witch, Judika Illes has shared with us step by step instructions on how to cast a love spell on that person you have had your eyes on.  You don’t want to miss this!

Also, Chad Lewis shares his research on some of the items that people have married – including dolls and an amusement ride. Really!  He also describes several unusual and strange wedding chapels.

The Imagine Dragons provide our musical egress this week with Demons.