Erin Blaire And The Art Of Hair Hanging

Only a handful of aerialists, including Erin Blaire of New York City, have cautiously and creatively trained to resurrect this classic circus act known as the hair hang.

A rare and difficult circus act, to say the least, hair hanging has been around since the early twentieth century. Only a handful of aerialists, including Erin Blaire of New York City, have cautiously and creatively trained to resurrect this classic circus act known as the hair hang — and yes, it’s as painful as it sounds.

An Act for the Ages

The hair-raising act originated in China, where men and women alike performed it. An early circus poster even depicts a group of Chinese men swinging by their tresses, cross-legged, while drinking tea.

Performers of this act are suspended or swung through the air, held by the anchor point atop their heads. Their hair is tightly wound and secured in a strategic “knot” surrounding a metal loop.

The trade secrets necessary to successfully perform the hair hang remain closely guarded. That said, hairstyle means everything. Each performer braids his or her tresses differently, never giving away the secret formula to success. Rumor has it, some performers spend upward of two hours getting their locks perfectly arrayed before each show. 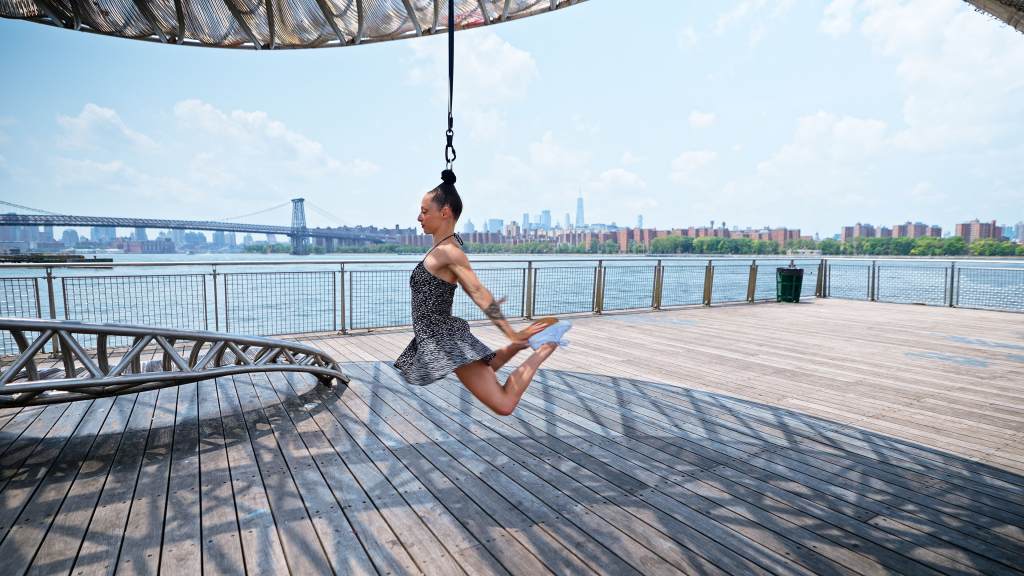 Though Erin has yet to sip beverages mid-air, her scalp-tingling stunts continue to captivate! Keep up with Erin’s daring feats by following along with her on Instagram, @erin.blaire.

While hair-hanging might not be your cup of tea, there are limitless possibilities for what you can accomplish next. Step Out of the Box with more inspiring, striking, and motivating stories inside the pages of Ripley’s newest annual, Out of the Box!

Next post Is A Dog's Mouth Actually Cleaner Than A Human's?