Living In The Futuro

For many, the thought of boarding an alien vessel might be one of blood-chilling proportions, a thrill best avoided by the fortunate.

But, during the late 1960s and early ‘70s, a number of prefabricated homes around the world were designed and built with exactly that experience in mind. And, a rare few of these alien structures are admired to this day.

It Came From Finland

Finnish designer Matti Suuronen designed these Futuro homes, as they’re officially known, to intentionally resemble flying saucers. That’s right, the same interstellar circular vessels as seen on stage and screen, with a dazzling series of round or oval windows spanning their perimeter to provide a panoramic view of the galaxy, as it would theoretically dart from one planetary system to the next.

But, despite—or perhaps, in spite of—Futuro’s unique appearance, less than a hundred of these marvels were produced.

Why the Futuro Touched Down

In the 1960s and ‘70s, mankind’s aspirations to conquer our next frontier were fixated in the psyche of nearly everyone. From Barbarella to Space Odyssey, from Star Wars to Star Trek; we were eager for a close encounter, one way or another. And for many, that was most readily achieved with the Futuro.

Fantasies aside, the Futuro was actually designed with practicality in mind; Suuronen wanted to envision a structure that would be easy to assemble (in only two days!), and one that would be efficient to heat. They were built of an undeniably earthly polyester plastic and reinforced with fiberglass, alongside a host of other man-made synthetic materials. They were also intended for use in just about any worldly landscape, from woodland reprieves to sandy shores. 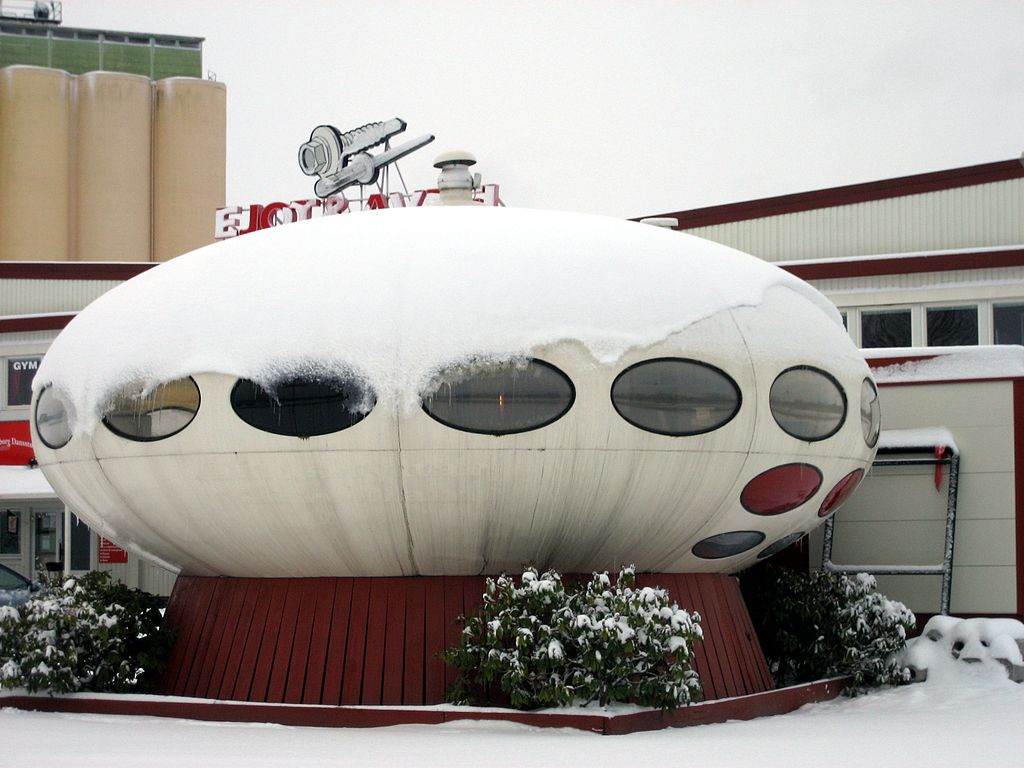 The very first Futuro unit, erected in Suuronen’s homeland of Finland, received its fair share of complaints from perplexed neighbors. Zoning officials the world over would soon join that chorus, and it disappeared from the marketplace in the mid-’70s; Futuro’s fate as one of the Space Age’s most notable artistic contributions was then set in stone.

The Futuro wasn’t Suuronen’s last space-age attempt at a unique design for the earth-bound, however; in 1971 he designed the Venturo, which enjoyed a more traditional (by comparison, but also thoroughly Modern) structure, intended for use as a weekend bungalow or getaway. It would seem, however, that even fewer Venturos made it into production… er, that is… the Futuro.

Next post How One Man Survived 20 Venomous Snake Bites