Gas Bubbles are Forming in the Ground in the Siberian Tundra

Grass on the Siberian tundra is exhibiting some weird attributes: gas bubbles have formed under the surface making it bounce.

If you were walking along the Siberian tundra and stepped on a patch of normal looking grass but the grass bounced, how would you react? Some science types would be interested in getting to the bottom of the problem. Others would see the phenomenon and run in the other direction; the ground isn’t supposed to do that.

But this might be par for the course in Siberia. The area is already home to weird craters and a chasm that could inspire nightmares. Now we can add inflated grass to the list and move on.

The area is typically covered in a layer of permafrost. But as the climate continues to warm, conditions are changing. 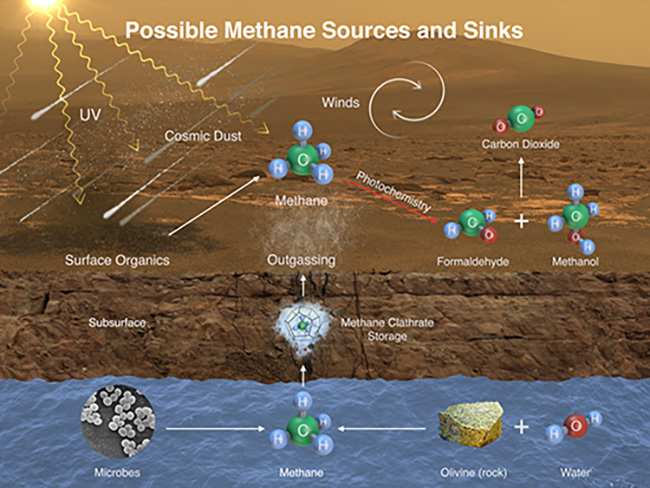 Researchers Alexander Sokolov and Dorothee Ehrich were taking a walk looking at some of these changes when they noticed the gas bubbles. That’s bubbles plural because they found 15 of them in total.

The bubbles were discovered on Siberia’s remote Belyy Island. After stepping on the odd patches, the researchers did what any sensible person would and popped the bubbles. They found high levels of methane and carbon dioxide trapped in the ground.

It’s still unclear just how the gas was released, but the common theory is that an unusual heat wave caused permafrost to thaw quickly. This might have allowed trapped gasses to escape only to be caught under the grass surface.

The problem here is that methane is a strong greenhouse gas. Siberian scientists believe that the levels of methane and carbon in the air are to blame for the permafrost melting quickly. But the result of the fast defrost is that it released more methane and carbon into the air. So you can see how Siberia might find itself trapped in a vicious cycle.

It wouldn’t be the first time methane was the cause of Siberia’s problems. Geologists have claimed that massive sinkholes and craters were formed when previously frozen tundras began to rapidly melt.

Now the only question is what new troubles and anomalies might spring up in Siberia due to climate change?

Next post Four Sports We'd Recommend for the Ripley's Olympics