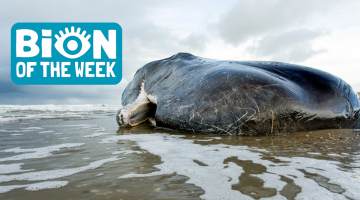 It remained a bit of a celebrity when it was featured in the opening scenes of Madonna’s music video of the song, “Papa Don’t Preach.” 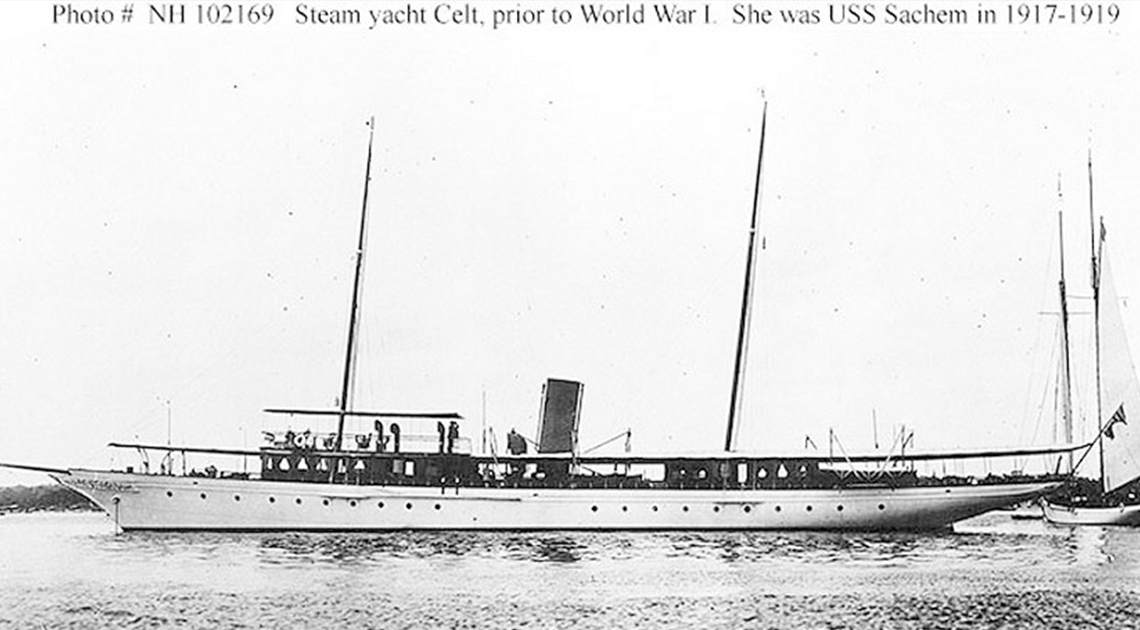 PETERSBURG, Ky. — No one would believe this story if it weren’t true.

It’s completely true that a 175-foot, former New York cruise ship—one that served in two world wars and once doubled as a floating laboratory for Thomas Edison, as well as a set piece for a Madonna music video—is moored in a tiny tributary just off of the Ohio River, nearly camouflaged by the woods and mud of a small Kentucky town.

It’s the Ghost Ship of northern Kentucky. And it’s all true. Promise.

Petersburg, Kentucky, is a small community of about 700 people, located 25 miles downriver from Cincinnati, Ohio. Around these parts, you hear stories of the boat. It’s the kind of place kids go out to find, and if they do, they may try to board (though it’s illegal to do so) or they may just heave a rock into the water or take a selfie. Others have brought cans of spray paint and left a mark, but I wouldn’t say that’s a good idea, either. 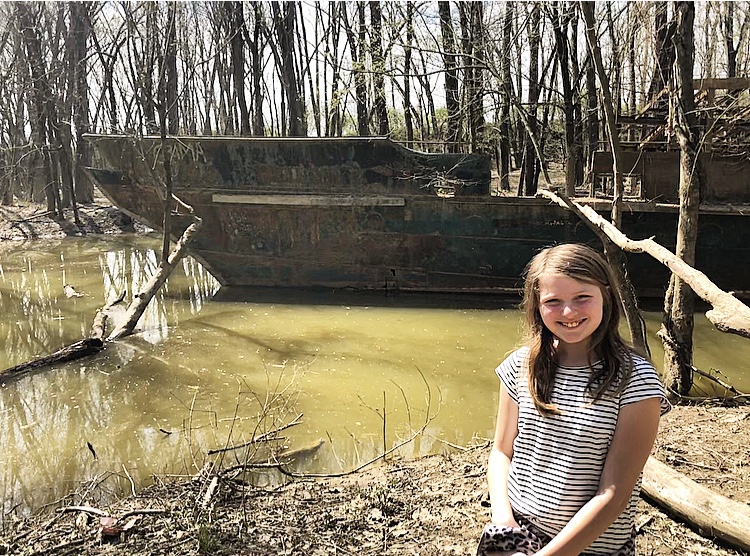 See, the Ghost Ship sits on private property, and it’s a good hike to find, away from any sort of paved road, stuck in what looks to be the kind of green-brown murky waters that contain all bits of infestation and nastiness.

But it’s here. And it’s been here since 1988, where it’s stayed, rotting, an ill-fitting end to a glamorous life.

The Toast of the Coast

The luxury New York steam yacht was christened the Celt in 1902.

According to The Sachem Project website, a place on the Internet devoted to the story of the Ghost Ship, businessman John Rogers Maxwell owned the vessel, which was known as “the toast of the whole New York coastline for nearly a decade.”

The Celt was sold to another owner and renamed the Sachem, but when the U.S. joined World War I, the ship was commandeered by the Navy, and then re-named the USS Sachem SP 192. One of her tasks was to serve as a floating laboratory for Thomas Edison, who was asked to help create various things to support the war effort. The website notes he created upwards of 50 inventions during the time.

After the war, the Sachem was sold, then used as a party fishing boat until World War II, when she was commandeered again and renamed the USS Phenakite. The Phenakite patrolled the water of the Florida Keys until she was decommissioned and sold in 1946 to Circle Line Sightseeing Cruises of New York.

She was called the Circle Line Sightseer and was used in this role until 1971.

William Bailey, a 71-year-old New York resident, is a former deckhand-turned-assistant engineer who spent three summers on the ship when it was the Circle Line Sightseer, and he says he has nothing but fond memories of the time.

“It was a very well-built ship, although she had quite a bit of repair work done on her—she was 67 years old when I first came aboard,” he says. “I was 18 at the time, and we all knew the history of the ship. It had been in World War II and Thomas Edison had worked on her. After my three summers I went on to become chief engineer on my boat, but I really liked the Sightseer.”

By the 1980s the ship was essentially left for dead in the New York harbor. But it still became a bit of a celebrity when it was featured in the opening scenes of Madonna’s music video of the song, “Papa Don’t Preach.”

Then, in 1985, Cincinnati boat enthusiast Robert “Butch” Miller purchased it, renamed it the Sachem again, and two years later sailed the boat from New York, through the Erie Canal, through the Great Lakes, down the Mississippi River to the Ohio, where he then turned north and made his way home to Kentucky. It took him a very Biblical 40 days, (and presumably, 40 nights) to make the 2,600-mile trip.

After trying to restore the Sachem, Miller did not have the finances needed to complete the job. He died in 2016, according to the website, and the ship was passed down to Miller’s son.

But it continues to sit here in Petersburg, becoming a part of the folklore of the area. After being renamed at least six previous times, the Sachem is now simply known as The Ghost Ship, even though there is nothing especially ghostly about it. 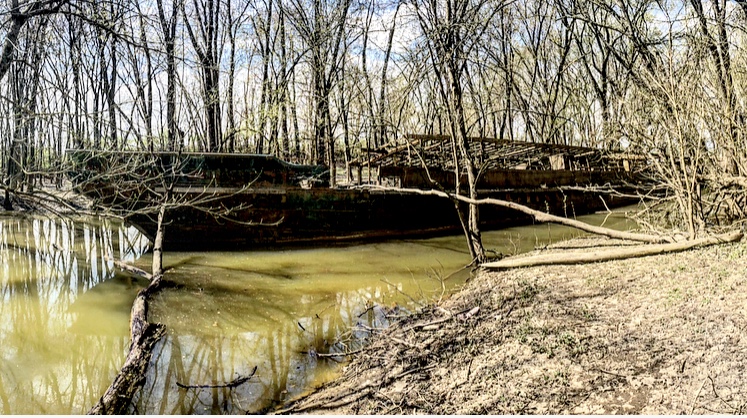 Those who live around the area know of it, though some have never seen it. Most know nothing of its history, war service, or celebrity status.

In 2015, historians and those who sailed or worked on the ship teamed up to create The Sachem Project website to help preserve its memory and accomplishments. They hoped they could possibly renovate it and create a kind-of floating museum. Alas, these goals haven’t been reached yet.

“It does make me sad,” William Bailey said. “It makes an impression on you when you know her history and what she did. I’d like to come down there sometime and see her if I can. I really liked that boat.”

Next post Mysteries of “The Eye”: Could Argentina’s Unusual Island Have Occurred Naturally?