Ham the Space Chimp: The World’s First Ape in Space 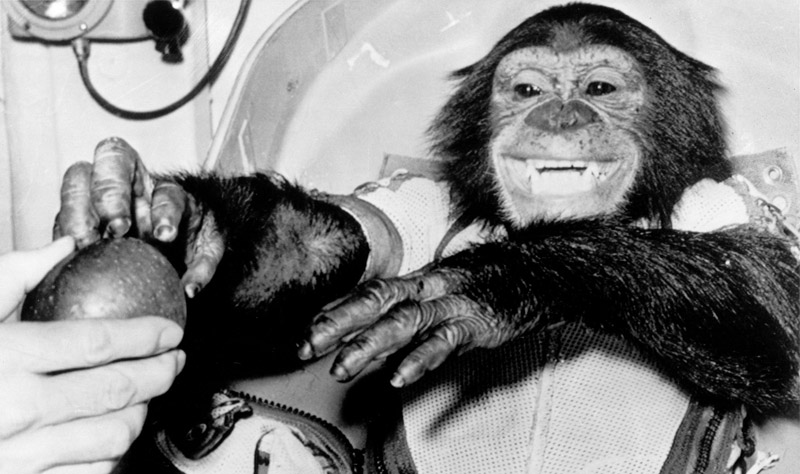 Three months before Alan Shepard became the first American human in space, the U.S. launched a chimpanzee astronaut. His name was Ham, and he was set into space by NASA 60 years ago, today!

For two years, number 65, as he was known (officials were worried that bad publicity might result from the death of a named chimp), was given intensive training at Holloman Air Force Base, New Mexico. He was taught  to push a lever within  five seconds of seeing a  flashing blue light. 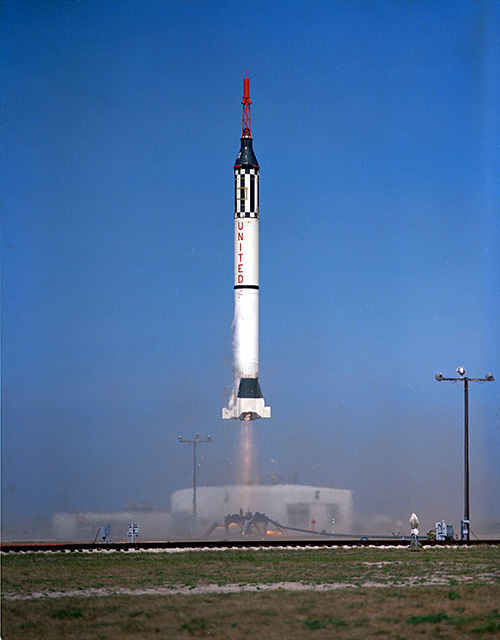 On January 31, 1961, the chimp, dressed in a mini spacesuit, was launched aboard a Mercury-Redstone rocket from Cape Canaveral, Florida. During his sub-orbital flight, computers on the ground measured normal vital signs, letting mission control know their brave chimp was alive. During the mission, the Mercury capsule lost pressure, but Ham was saved by his spacesuit. 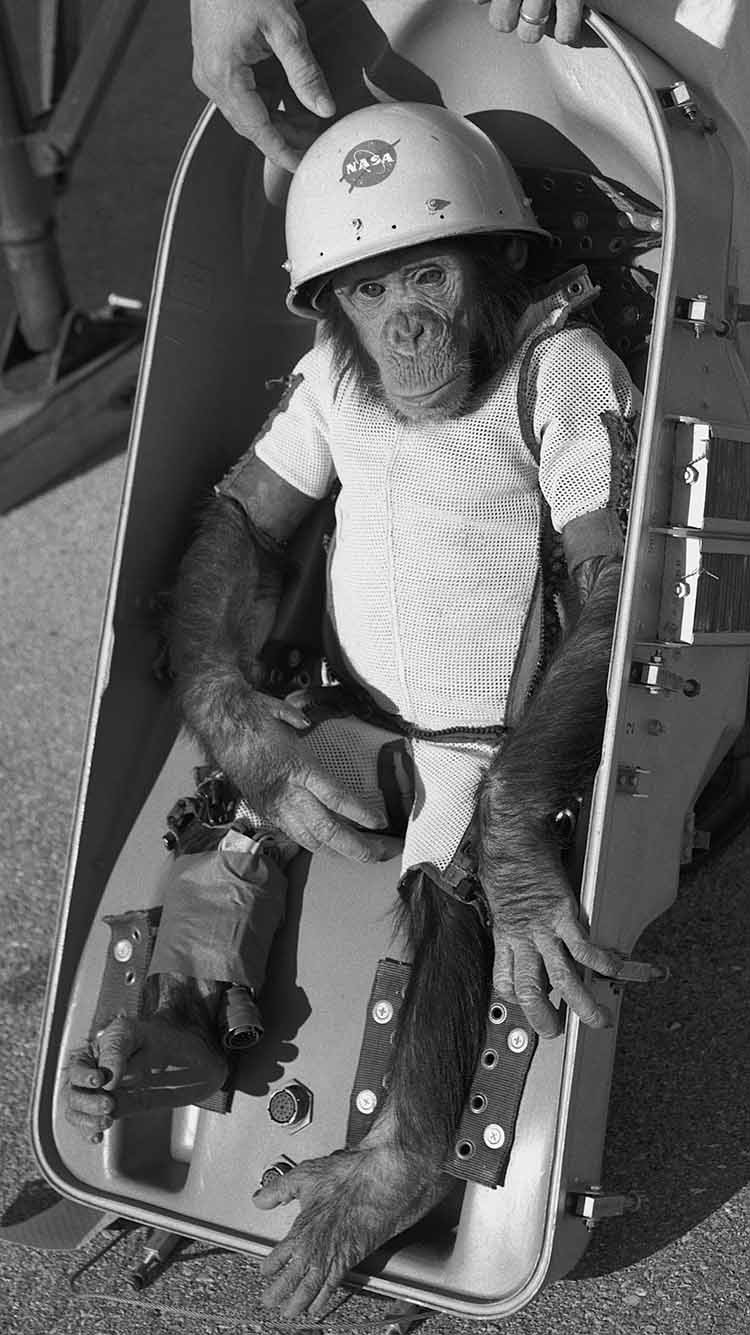 He performed his tasks admirably and his capsule touched down safely in the Atlantic at the end of the 16-minute flight. Though he pulled his lever just slightly slower in space than he did on Earth, this feat proved that human motor control was possible in space. Only when he had safely returned to Earth with nothing worse than a bruised nose was he renamed Ham. 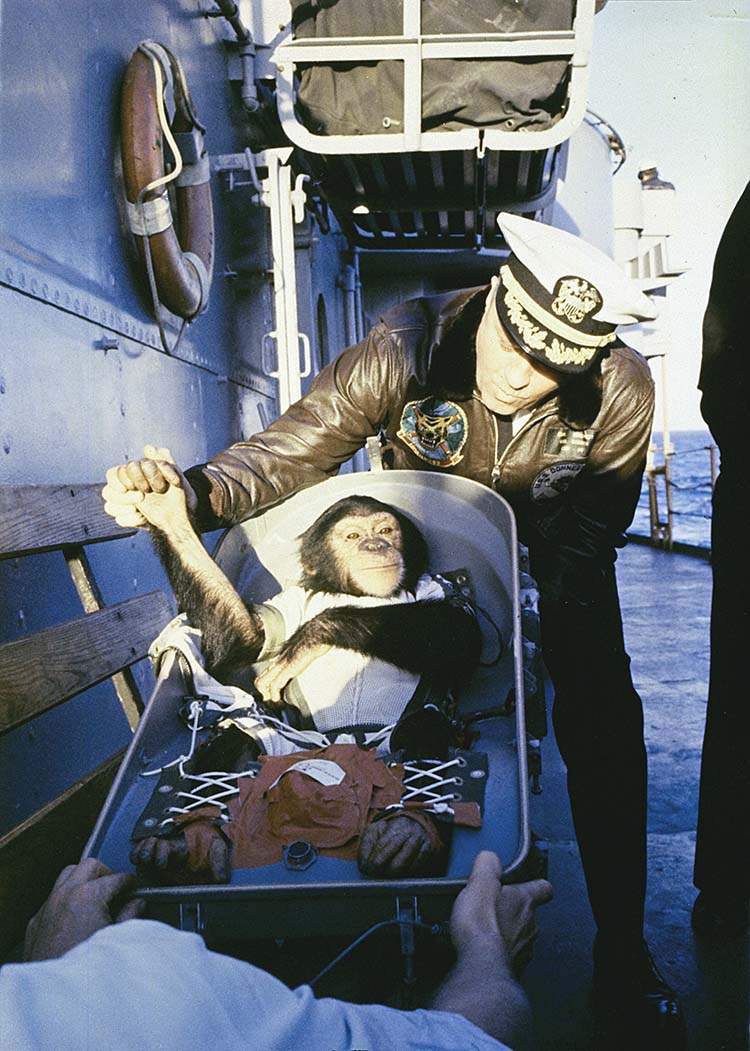 Ham safely aboard the retrieval vessel.

Ham joined the ranks of fruit flies and dogs in the pantheon of space test animals. The space chimp’s mission paved the way for Alan Shepard’s pioneering flight above the Earth’s atmosphere in 1961 and Ham went on to live a comfortable existence in U.S. zoos until his death in 1983—even finding time to appear on film with another national hero, Evel Knievel.

Next post From Pigskin Past To Record-Setting Cheers: Boning Up For Super Bowl LV

Previous post Why Does A Groundhog Control The Weather?