From a flea to a pickle to a taxidermied opossum, we’ve rounded up some of the most outlandish New Year’s Eve drops to date and added our own Ripley's stamp on what's to come with Hoss the Human Hairball! 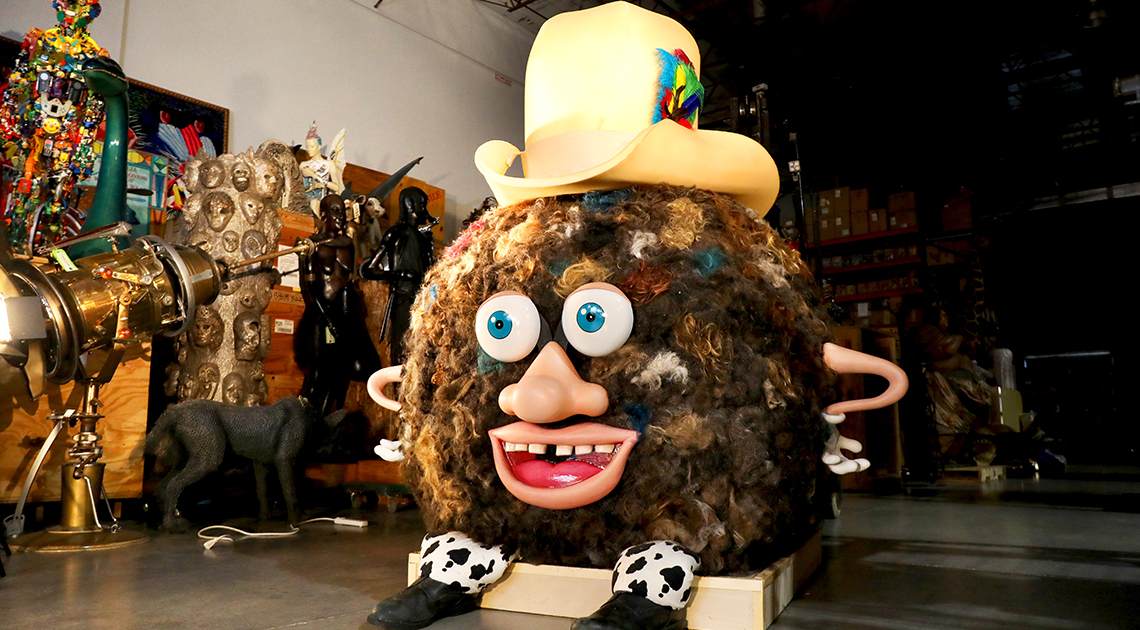 How do you ring in the New Year? The momentous evening typically looks a little like this: a champagne toast, a midnight kiss, and Dick Clark’s New Year’s Rockin’ Eve special in the background, muffled by loud music and cheers. And each year, we find ourselves tuning in for those final five seconds where the 12-foot-diameter glass ball drops in the middle of Times Square, signifying the start of a clean slate, resolutions, and a brand-new year.

But some folks aren’t watching a dazzling, gigantic, glass ball slowly descend from the tops of the NYC skyline – some take the quirky countdown tradition and make it their own. From a flea to a pickle to a taxidermied opossum, we’ve rounded up some of the most outlandish New Year’s Eve drops to date and added our own Ripley’s stamp on what’s to come! 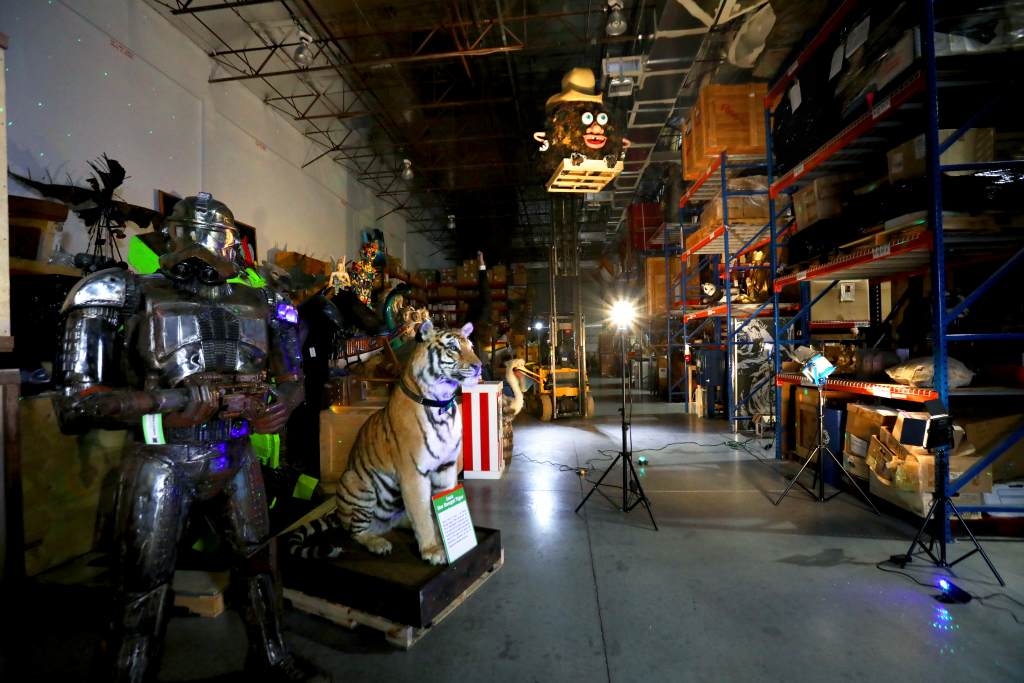 Before we kick off this strange list of countdowns across the country, turn on your reminders for our Hoss the Human Hairball Drop this New Year’s Eve, December 31, on Facebook Live at 11:55 p.m. EST.

In a town once dubbed “Possum Snout,” Tallapoosa locals celebrate the New Year with a special stuffed opossum named Spencer. He was found on the side of the road by a taxidermist from the area named Bud Jones who decided to take the opossum back home to preserve his being.

Back in the early 2000s, a group gathered for the first annual Spencer “drop.” He was placed in a wireframe ball, decked out in white Christmas lights, atop one of the tallest buildings in town. At first, Spencer’s drop occurred every other year,  but as he continued to take the town by storm, the spectacle grew into an annual NYE tradition. And of course, in true New Year’s Eve event fashion, they also provide drinks, food, and music to go along with the experience. Attendees even name a Possum King and Queen – run, don’t walk, to get your name on the ballot and see Spencer in action. It’s a world of opossum-bilities in Tallapoosa on December 31.

A Wedge of Cheese: Plymouth, WI

America’s Dairyland does New Year’s Eve in the most delicious fashion. In Plymouth, Wisconsin, “the cheese capital of the world” and home of Sartori cheese, community members celebrate with the annual Sartori Big Cheese Drop. This year’s drop will be the 15th year that the town has lowered a massive wedge of Sartori’s world award-winning BellaVitano® Gold cheese, lined in festive lights. This spectacle typically draws in thousands of Wisconsinites as they eat, drink, and be merry while watching giant cheese fall from the sky.

We’re buggin’ out over this drop. Eastover, North Carolina, is (unfortunately) known for its previous flea infestation. Though it was eradicated years ago, the town has since been referred to as Flea Hill. Fortunately, though, they’ve learned to have a little fun with this nickname, thanks to their flea friend, Jasper. Jasper is no ordinary flea – he’s a 3-foot-tall, 30-pound flea constructed from a mix of fabric, foam, wire, and wood protected in a ceramic shell. He’s been dropped at midnight on New Year’s Eve since 2010, and it doesn’t seem like the town has plans of stopping anytime soon.

A Drag Queen in a High Heel: Key West, FL

If you’re in the market for an extravagant New Year’s Eve celebration, head to the Bourbon St. Pub/New Orleans House in Key West, Florida. Every year, famous drag queen Sushi is lowered from the upper balcony of the venue sporting a glitzy festive ‘fit and sitting in a massive red high-heel shoe. Sushi designs every New Year’s Eve costume from scratch, and the adoring crowd gathers to cheer her on and listen to local performers and guest stars. The venue offers VIP tickets to view from the balcony for those who prefer a front-row seat!

If you’ve never seen a car-sized potato made of foam, there’s one place you’ll find such a thing – the potato state itself, Idaho. This family-friendly New Year’s Eve celebration welcomes Idaho natives of all ages to join in their spud-tacular drop. The carefully constructed potato is lowered from a crane precisely at midnight. A tradition that began in 2013 continues to go strong. In 2017, the potato even had a “glow up” – literally. Illumination was added to the giant foodie favorite, which the folks in Boise quickly termed the “GlowTato.” Honestly, how perfect is that?

You know what they say: what happens in Vegas, stays in Vegas. To welcome 2021 in the most thrilling way possible, The STRAT Hotel, Casino & SkyPod in Las Vegas, Nevada, held a sweepstakes where the lucky winner literally became the Las Vegas “human ball drop.” Yes, you heard that right. One daring individual took the plunge nearly 855 feet in the air above the Las Vegas strip to close out 365 days of 2020. The STRAT Hotel is home to adrenaline-pumping thrill rides and the infamous SkyJump attraction, which is where the history-making human ball drop took place (safely and using bungees).

Pickle lovers know that any event related to their favorite jarred, juicy snack is a must-go, which makes the New Year’s Eve pickle drop in Mount Olive, North Carolina, a crowd favorite. A group of fellow pickle fanatics gathers to listen to live music and watch the giant Mt. Olive pickle lower swiftly to the ground. The live drop is followed by fireworks and of course, some more jams. It’s kind of a big dill!

Who’s ready for one of the sweetest drops yet? Home of the ultimate sugary treat, PEEPS®, the city of Bethlehem, Pennsylvania, gathers on December 31 to countdown the New Year. During this event, they lower a 400-pound, 5-foot yellow marshmallow PEEPS chick at the iconic SteelStacks location. If you’re a candy aficionado, this is the New Year’s Eve drop to add to your bucket list!

Ripley’s Believe It or Not! Hoss the Human Hairball: Orlando, FL

Hoss the Human Hairball has officially broken the Guinness World Records™ title for the Largest Ball of Human Hair by a whopping 55 pounds! 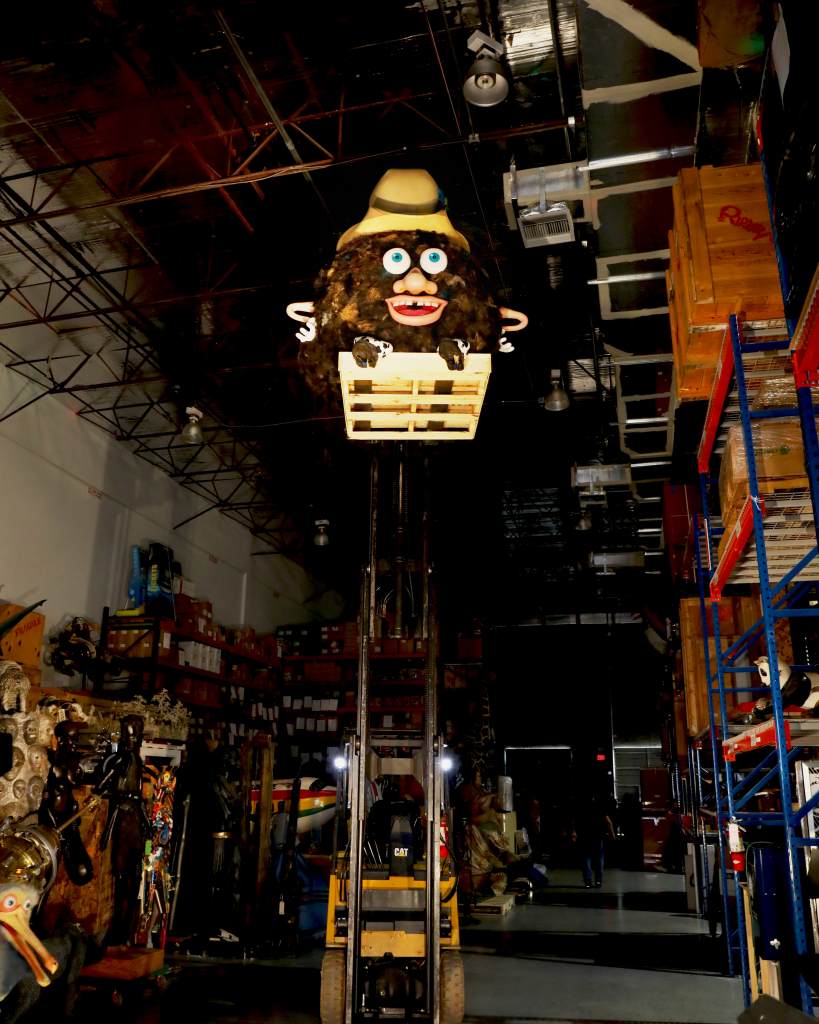 Ripley’s Shave the Beard and Make it Weird challenge was launched at the 2021 International Association of Amusement Parks and Attractions Expo in Orlando, Florida. It not only helped increase Hoss’ size but also raised funds for Give Kids The World Village, an 89-acre, whimsical nonprofit in Central Florida that helps critically ill children and their families with magical weeklong wish vacations at no cost.

To commemorate the New Year and celebrate Hoss’ astounding size and record-breaking title, we will be dropping Hoss from the heights of the Ripley’s Warehouse! Don’t miss the first-ever Hoss the Hairball drop via Facebook Live on Friday, December 31, starting just before the clock strikes midnight at 11:55 p.m. EST!

Next post Ripley’s Believe It or Not! Officially Opens In Cancun, Mexico