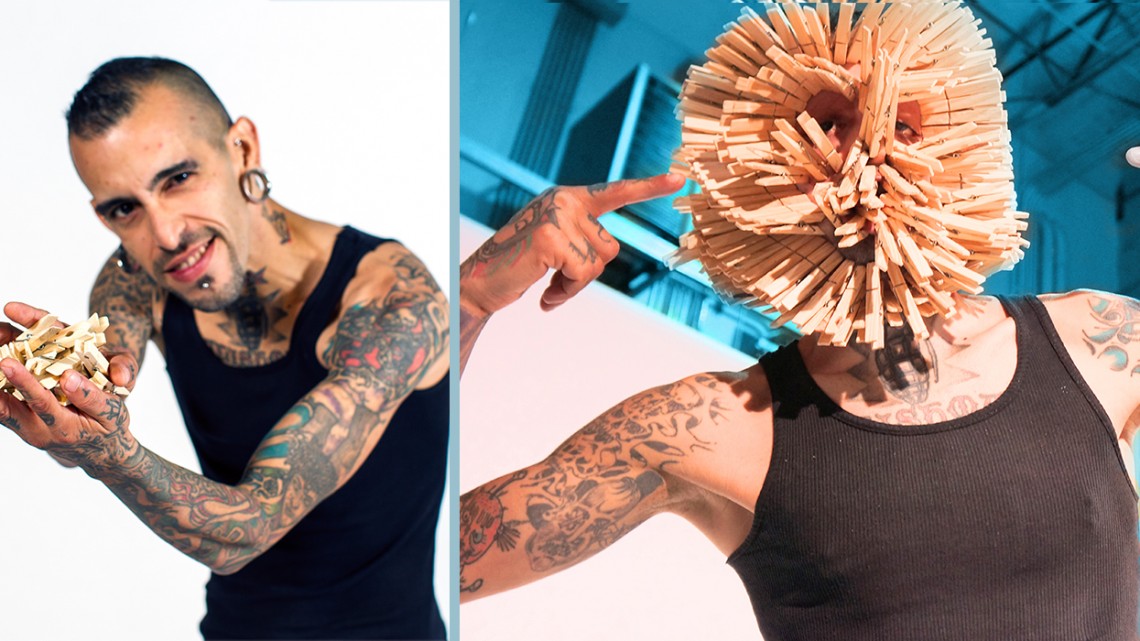 His name is Kelvin Mercado is one of our featured record holders at Ripley’s Believe it or Not! for pinning the most clothespins to his face!

We’re such big fans that he is THE COVER of our newest book fresh off the press: Completely Awesome!

We like Kelvin so much we flew him to Orlando, Florida to Ripley’s headquarters to have a full day photo shoot with him. And now we have some fantastic photos and time lapses of Kelvin’s process of clipping the pins on his face! It was here where he set his previous record of 161 pins.

He broke the record again soon after, pushing the number to 163 pins at an exclusive Ripley’s Books event!

Kelvin’s skin is slightly more elastic than average which makes it easier for him to stick so many pegs on it at one. The pins cover his face so completely that he uses the same pattern because he can’t see once the pins start to cover most of his face!

It hurts, but Kelvin now seeks not only be known for the most amount of pegs pinned to his face but to be the first to pin THOUSANDS of these clothes pegs on his entire body!

And you can see the video itself using our Oddscan APP when if you have our latest book Dare To Look!

See the whole process and the behind the scenes as he puts three different types of clothes pins on his face in his successful attempt to break the record! 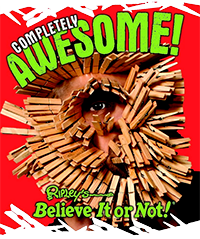 Ripley researchers across the globe are busy each day digging deep into the world of the odd and bizarre to compile enough fresh an exciting material to fill the Believe It or Not! series of books published each year.
Dare To Look!

Next post Rare Butterfly with Male and Female Wings