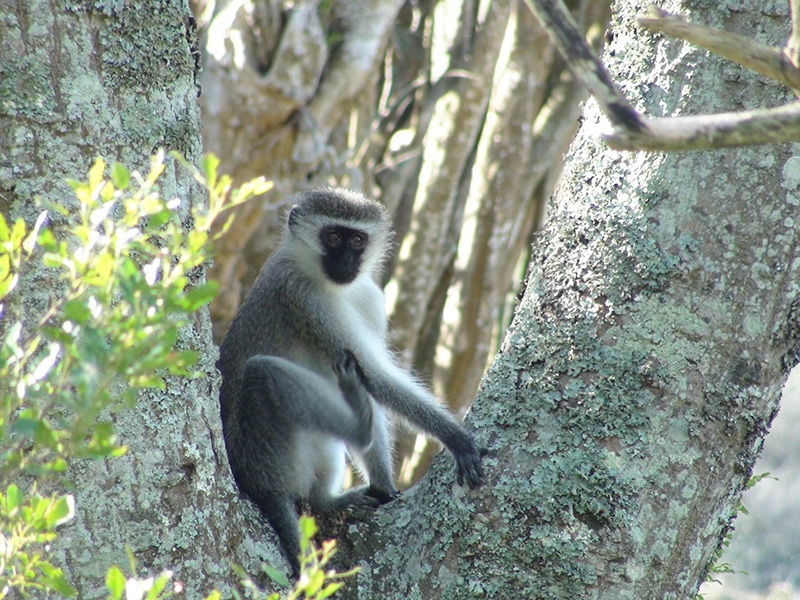 We’ve all been in power outages. In the States, they’re often caused by storms and provide a minor inconvenience. But in Kenya, a blackout is more likely to be caused by “marauding wild animals.”

A vervet monkey caused a nationwide blackout in Kenya when it fell from the roof and landed on a transformer.

The KenGen (Kenya Electric Generating Company) Gitaru Power Station is the largest in the company and supplies about 10 percent of the country’s electricity. They have an electric fence around the property to keep the animals out, but this monkey would not be deterred.

While he was monkeying around on the roof, the vervet fell and landed on a transformer. That transformer shut off and led to a dominoes effect of one transformer after another shutting down.

The result was a loss of more than 180 megawatts of electricity and Kenya being without power for four hours.

KenGen took to their Facebook page to explain what happened and to assure everyone that the monkey was alive and well.

This isn’t the first story this year of an animal causing chaos. In April, a weasel knocked out the Larger Hadron Collider.

The little guy got somewhere he wasn’t supposed to and shut down the world’s largest, most powerful, particle accelerator for a few days.

We can’t be sure if this is the latest in what will be a long line of animal’s revolting against the status quo, but if a chipmunk brings down the stock market, don’t say we didn’t warn you.

Next post The Winner of the Toilet Paper Wedding Dress Contest