The most desirable women would possess a 3-inch foot.

Unlocking our Cabinet of Curiosities, “Ripley’s Rarities” takes you up close and personal with some of the most interesting exhibits collected by Ripley’s Believe it or Not! since the days of Robert Ripley himself.

According to lore, Emperor Li Yu built a gilded stage in the shape of a lotus flower for his favorite concubine to dance upon. Dancing on her toes, her feet were bound in a hoof-like shape and adorned with precious stones and ribbons. As this young woman was the emperor’s favorite, women attempted to imitate her to gain his favor, making the practice fashionable.

From the royal court, foot binding spread throughout China, beginning in the South of the country and soon reaching the North.

In the 12th century, the practice had become much more widespread, and by the mid-17th century, every girl who wished to marry—marry wealthy—had her feet bound. The most desirable of brides would possess a 3-inch foot. 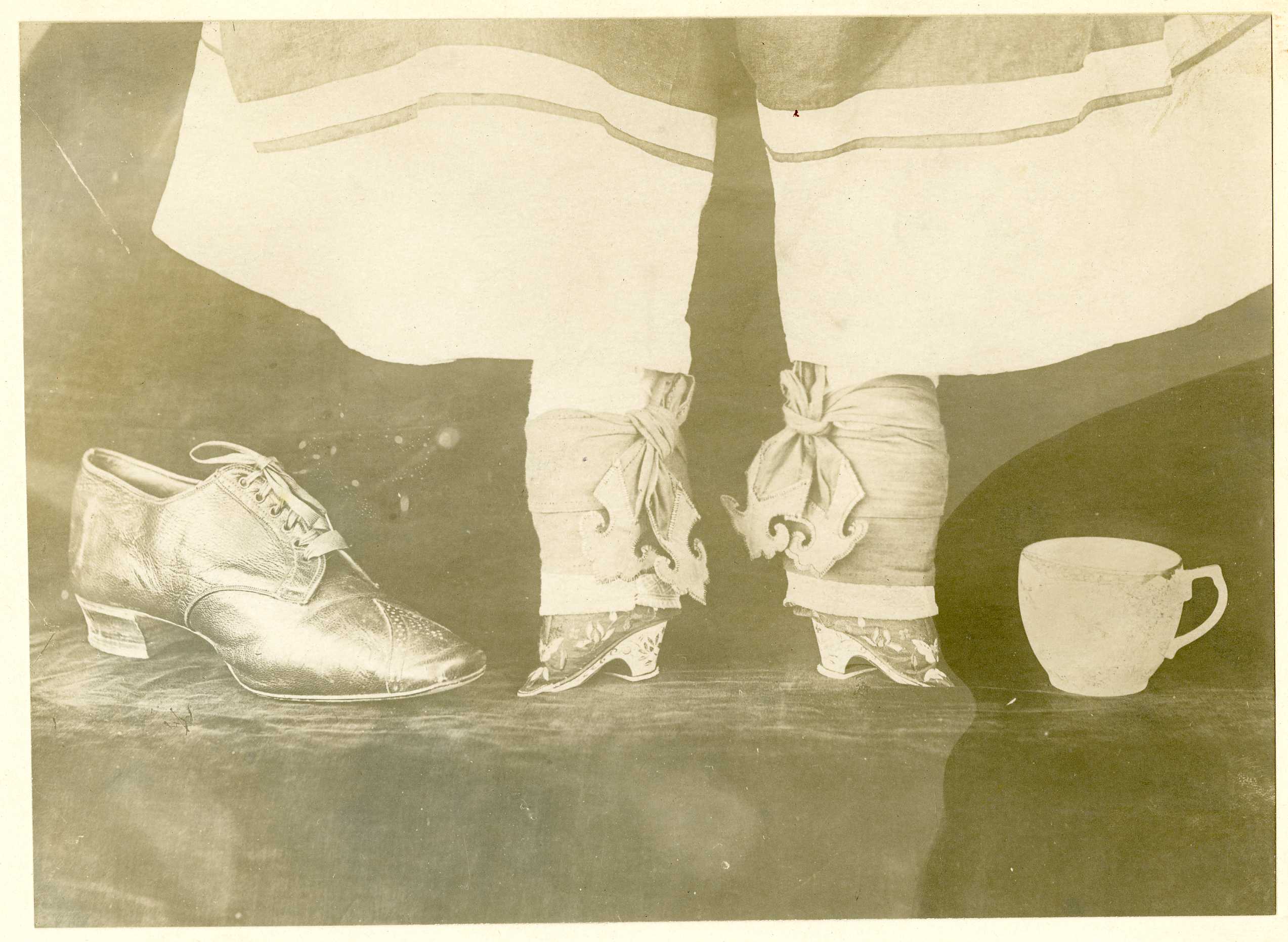 The foot binding process began as early as age three and was typically carried out by an elder female—not the girl’s mother, as she would be too sympathetic to her child’s pain.

First, the feet would be plunged into either hot water or a mixture of animal blood and herbs, followed by clipping the toenails very short.

The toes would then be broken, pressed down flat against the sole, and secured with silk wrappings. With the weight of walking, the bones would break and the arch of the foot would rise, allowing the heel to almost touch the metatarsals, folding nearly in half like a crescent moon.

Over time, the wrappings became tighter and the shoes smaller, as the heel and sole were slowly crushed together. Throughout this process, which took two years to complete, girls were encouraged to walk long distances to hasten the breaking of their arches. 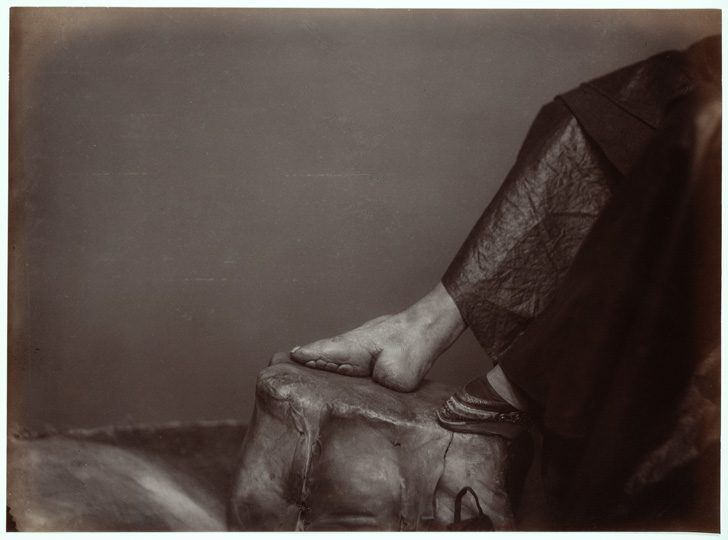 Whether it was their tottering gait or the notion that these women never had to lift a finger, bound feet became so alluring and attractive that they were nearly required in order to find a suitable husband. Due to this, successive generations of Chinese women endured the painful practice for nearly ten centuries.

Pressured to stop in 1874 for obvious reasons, the practice of foot binding was not outlawed until 1901. It wasn’t until Mao’s revolution in 1949 that this torturous tradition came to a complete end. 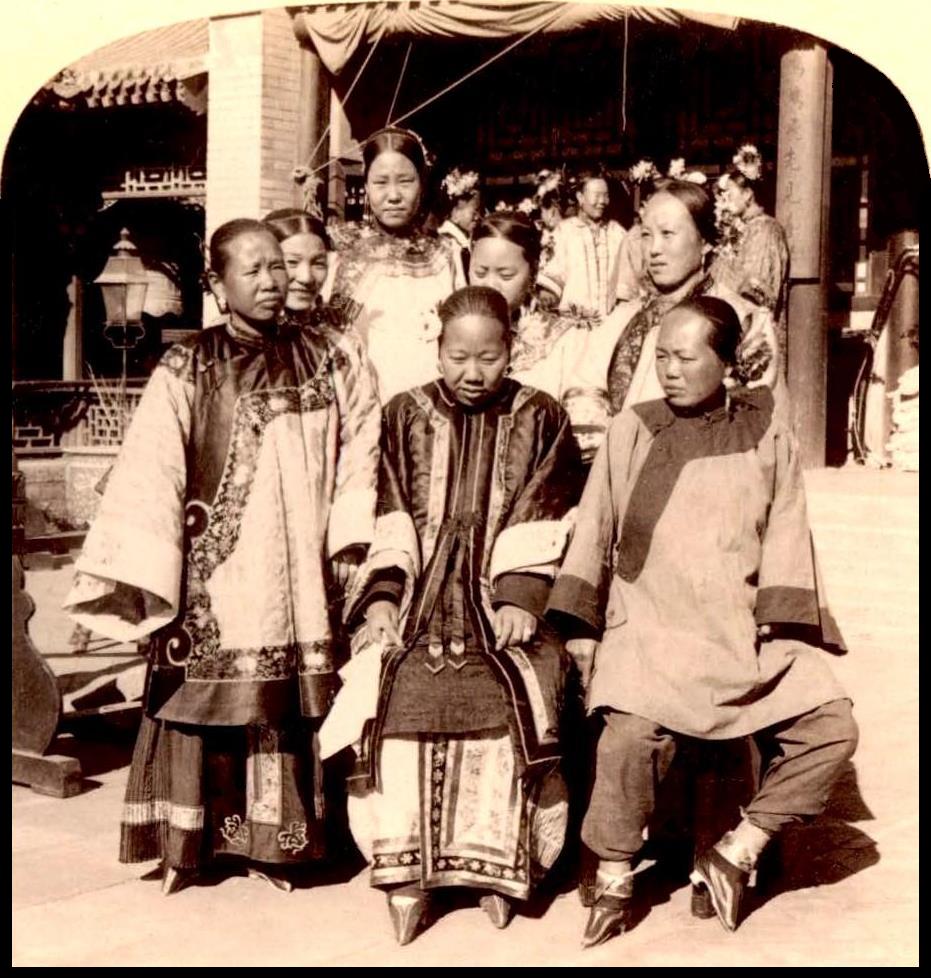 Next post Photographing the Dead and Grieving with Spirit Photography

Previous post Why Do the Numbers on a Roulette Wheel Add Up To 666?