Mama Lou, A Strongwoman In A Strongman’s World 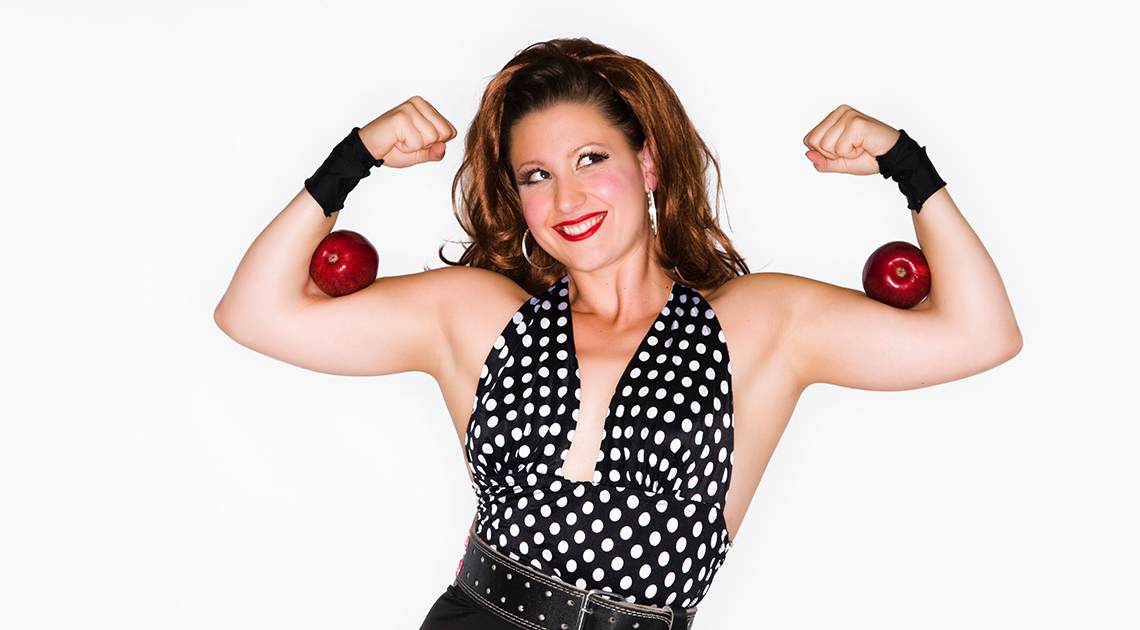 The strongman may have been the cornerstone of human power during the era of circuses, but Mama Lou redefines what it means to be a strong woman. She can tear phone books in half, crush apples with her biceps, roll frying pans into tubes, pound nails into wood with her bare hands, and even snap pencils with her butt. 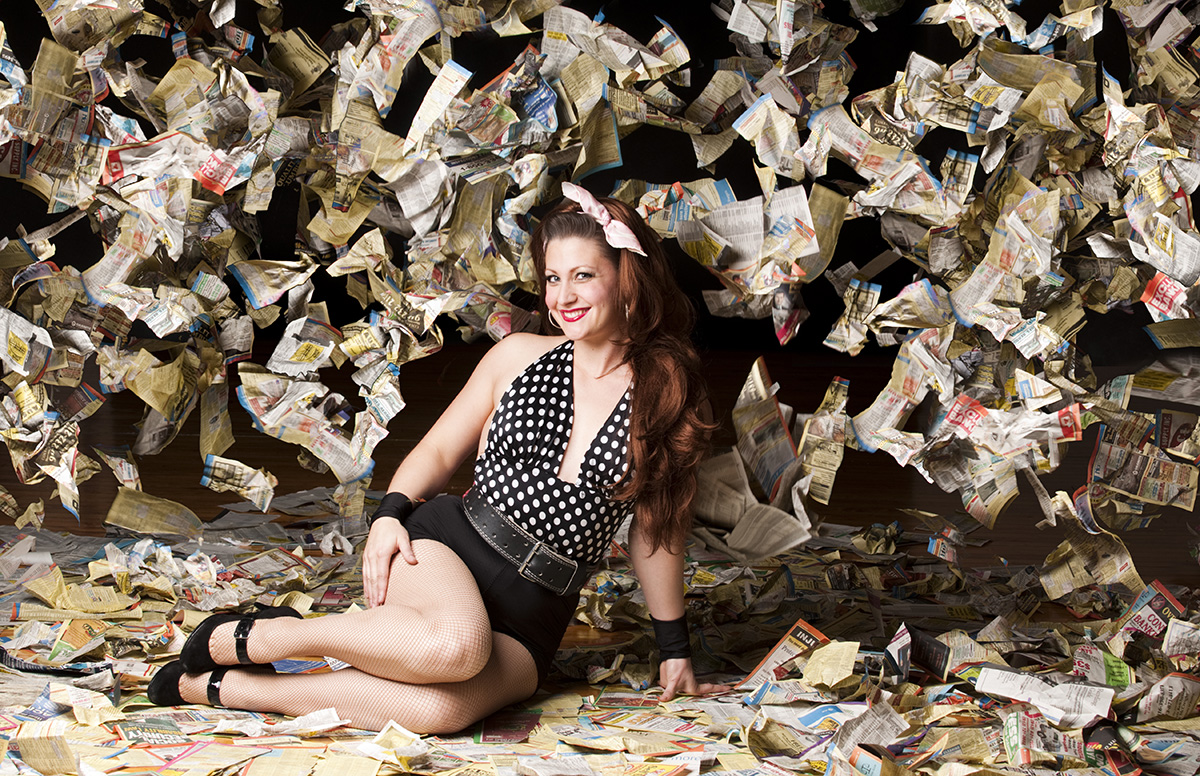 Linsey Lindberg ran away with the circus in New York City. After polishing her comedy chops in a clown troupe, she started to make the transition to an aerialist. As she practiced hanging from ropes, lifting her body with her arms, and training physically, however, she noticed her body may not have had the flexibility needed to be an aerialist, but was incredibly tough and strong.

As she began performing on the streets, moonlighting her circus skills, she realized that bringing an aerial rig outside wasn’t realistic. So, she used her newfound strength to woo crowds by lifting and smashing things.

“It quickly became so much more than just a little side hustle. I really loved it, performing stunts for people, and I loved breaking things. It was the path that brought me to the exact perfect thing for me.”

Mama Lou quickly became a star, traveling across the world to perform for crowds all over the world—even for the president of Fiji. 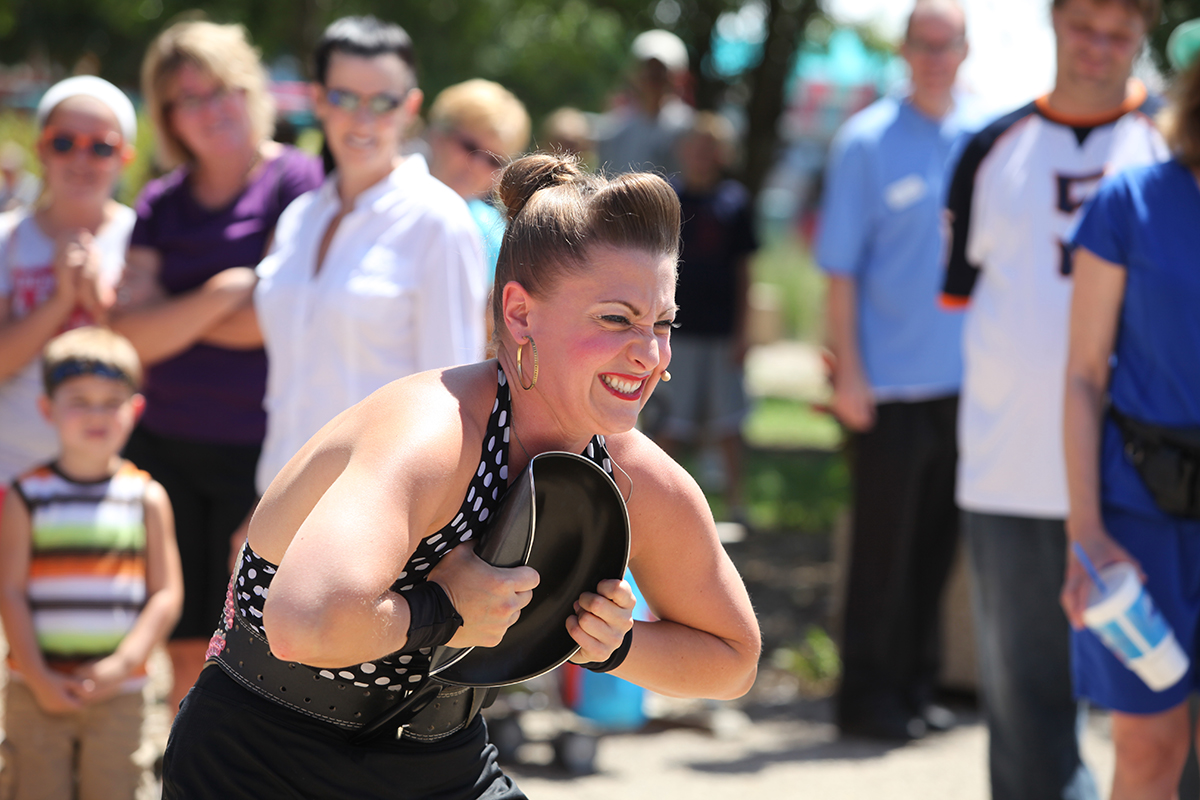 While Mama Lou’s aerialist training led her to the life of a strongwoman, it’s more than practice that allows her to accomplish her feats of strength. Many times after performing her strongwoman show, she’s had men and women ask her to teach them how to rip phone books or bend pans. Some of them, she says, should be more than strong enough to rip a phone book in half, but she’s had men break down weeping trying to match her feats of strength. Likewise, she’s tried to train other women to break apples with their biceps, and found that they have a much harder time than she did, even when she was just starting out. She doesn’t train with weights or machines herself, but instead simply practices what she wants to do. “the best way to smash an apple with your bicep,” she says, “is to put an apple in there and do it.”

“I get strong by breaking things.”

While her body seems to have a special touch when it comes to strength, that doesn’t mean it isn’t a lot of hard work. She got where she is by never giving up, and hopes to stand as a model for young women. Mama Lou is more than just a powerhouse in strength. She’s easily just as funny as she is strong, and has found creative ways to take some of the stress off her arms and hands.

“The human arm is not meant to be a nutcracker.”

As she toured and performed daily, crushing pans and apples at will, she had to find some other stunts to entertain audiences. Looking to her other muscles, she trained her tongue to lift weights and her lungs to burst hot water bottles. Some of her stunts have even been inspired by audience members. After one show in Montreal, a little boy asked if she could break pencils with her butt.

“I looked at him with all my strongwoman-ness and I said, ‘Probably. Yeah.’ I went home that night to my room, and I got an entire box of pencils, and I shut the door. And I didn’t come out until I could bust things with my butt muscles.”

Just being strong sometimes isn’t enough to satisfy crowds. Despite tearing phone books with brute strength and rolling metal pans right in front of people, she finds she still has to bring a man up on stage and best him at a feat of strength to be truly believed. 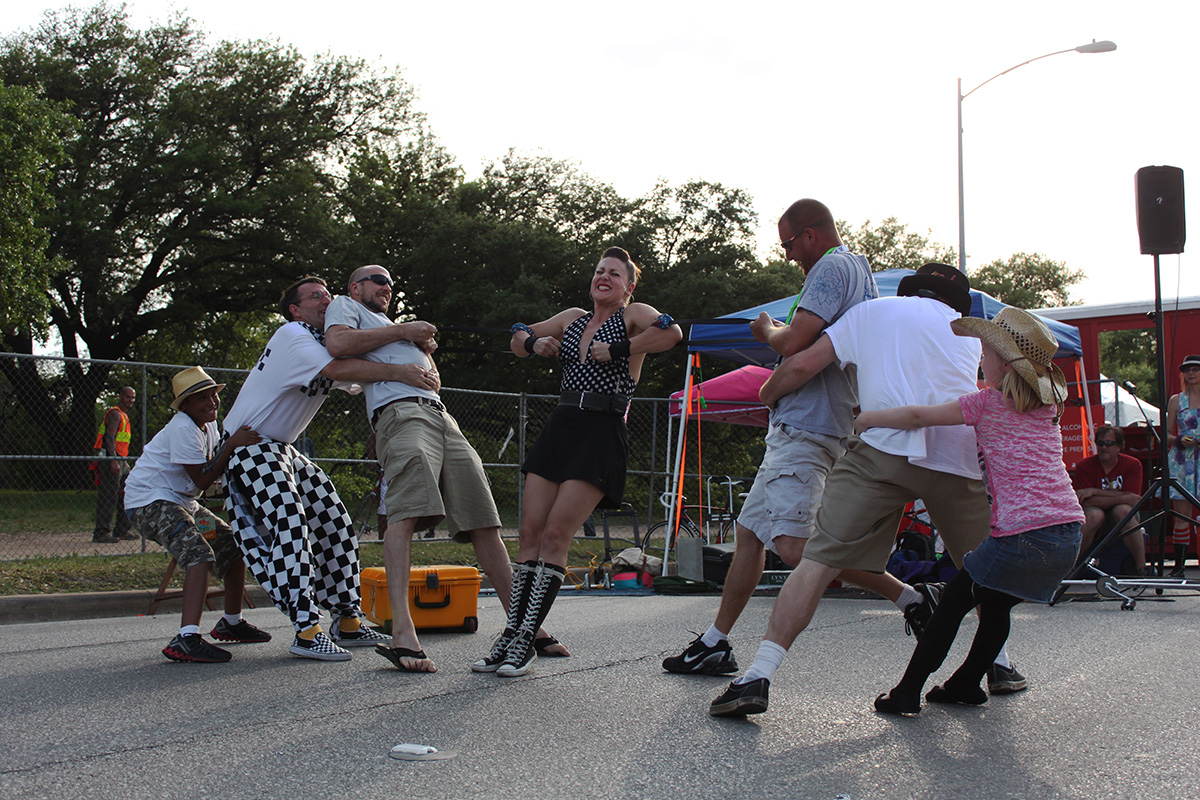 While Mama Lou still has to challenge male audience members to contests of strength—which she always wins—the old-time strongman community welcomed her with open arms. They wanted to see what she can do, and teach her the old-time strongman ways. While strongwomen were a feature in the heyday of circuses and sideshows, Mama Lou notes that many either had to employ tricks or were marketed as brutish or ugly. She, however, doesn’t rely on tricks and doesn’t think that being strong means you have to give up your femininity. Women can be strong and beautiful, as long as they’re true to who they really are. There’s no shortage of little girls who approach her after shows in awe.

“The strongest thing we can do for ourselves is find out the most awesome version of who we are, and present that to the world.”

Previous post Funeral Homes Were The First To Provide Ambulances