Mask Up, Hollywood! Our Dino Is Rockin’ A New Accessory

Where else can you find a dinosaur, an octopus, and a donut wearing a massive face covering? 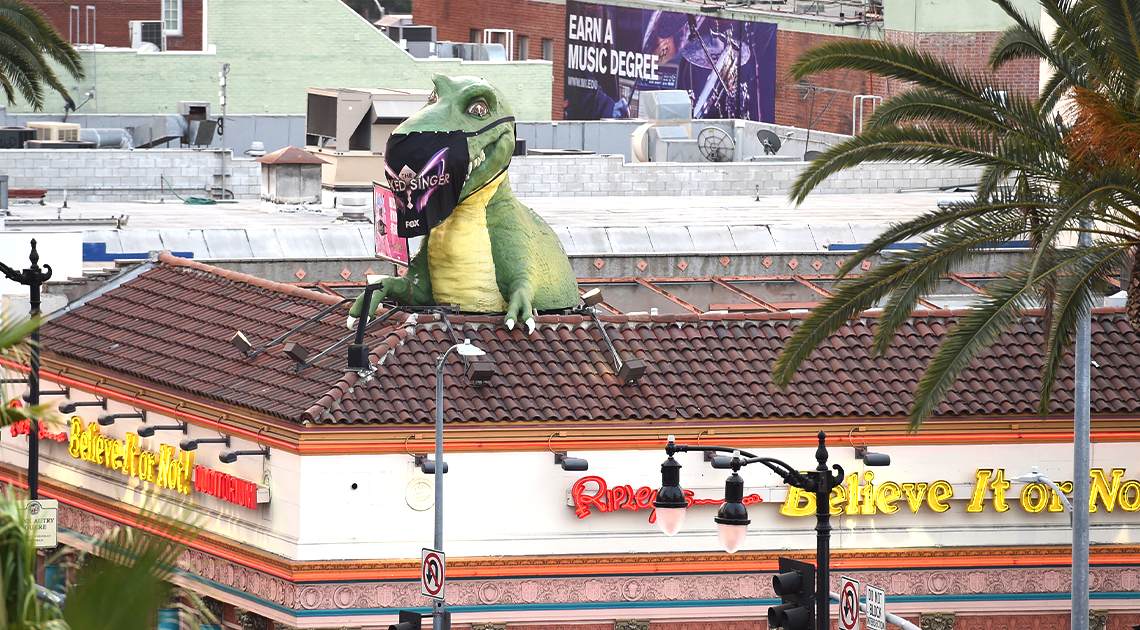 Taken a drive down Hollywood Boulevard recently? You may have noticed our dinosaur rocking his massive PPE and boasting a punny “Rawrsh your hands!” sign. As much as he loved his plain-and-simple safety gear, Miss Monster felt our T-rex needed an upgrade. FOX’s The Masked Singer icon has been appearing all over Los Angeles, and she brought gifts. 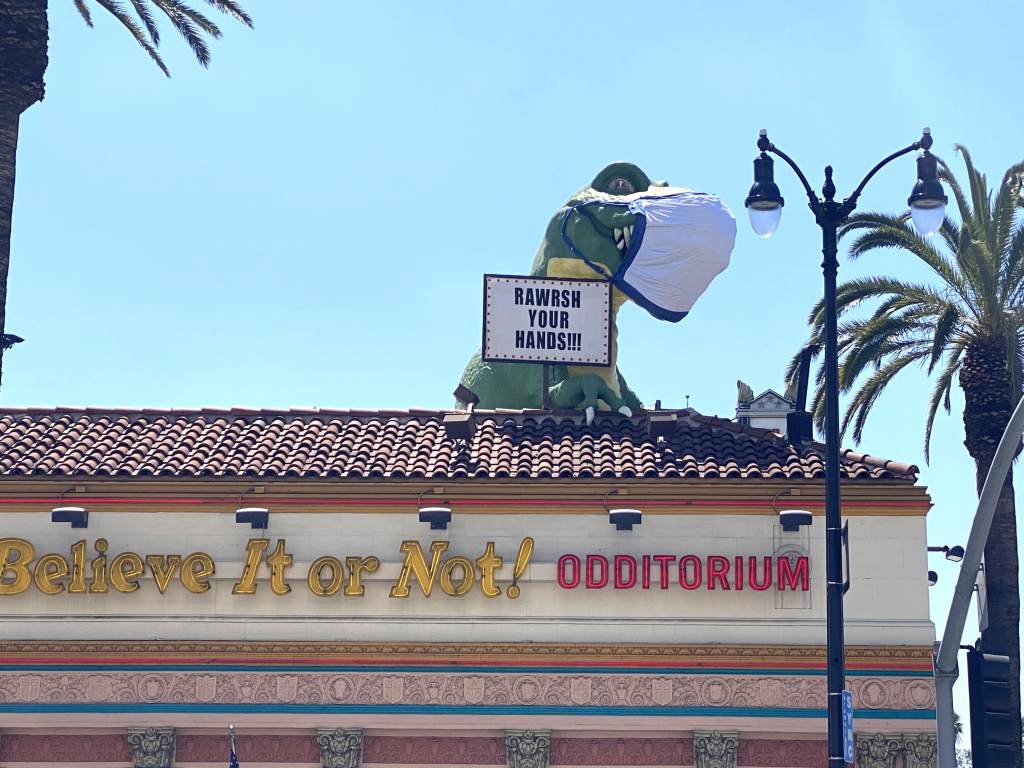 The Masked Singer, a reality singing competition television series, is nominated for an Emmy this year in the Outstanding Competition Program category. The show became a fast hit and a cornerstone of FOX’s television schedule in just three seasons. Miss Monster, in fact, was a character on Season 3 of The Masked Singer—later revealed to be worn by music icon, Chaka Khan.

As of August 20th, you can catch our T-rex in his Masked Singer garb, social distancing appropriately atop the Ripley’s Believe It or Not! Hollywood Odditorium. Two other iconic Hollywood stops have also joined in on the fun—Randy’s Donuts and The Santa Monica Pier. If you haven’t done a drive-by to these Instagram-worthy photo stops, be sure to make your rounds before these icons unmask on August 31st. 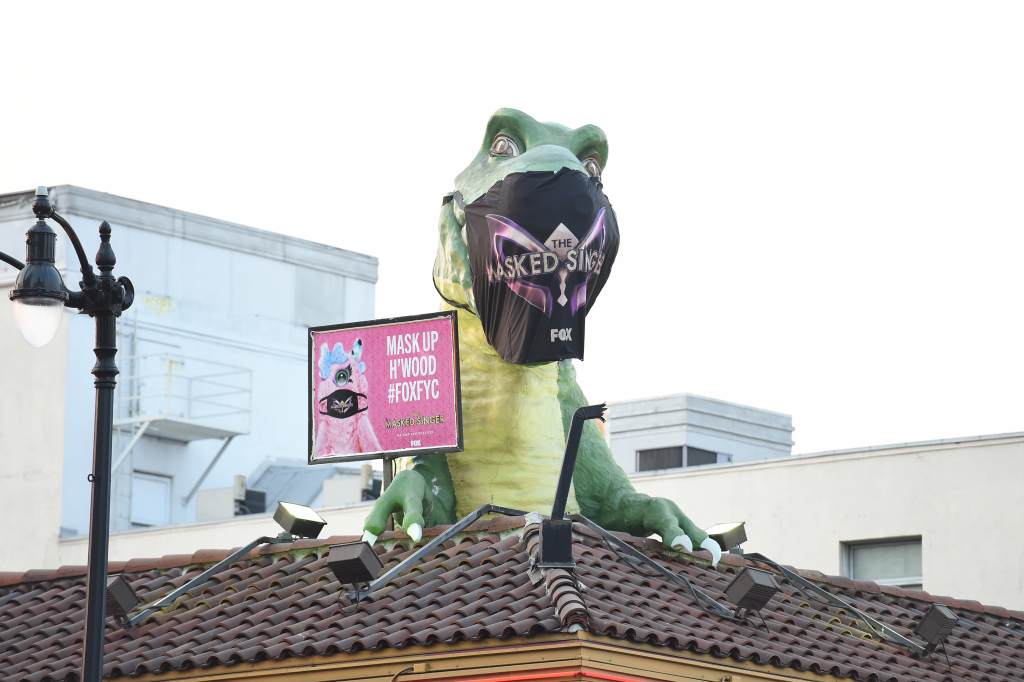 This is one larger-than-life, pandemic-proof opportunity you don’t want to miss (because where else can you find a dinosaur, an octopus, and a donut wearing a massive face covering?) Mask up, H’Wood!