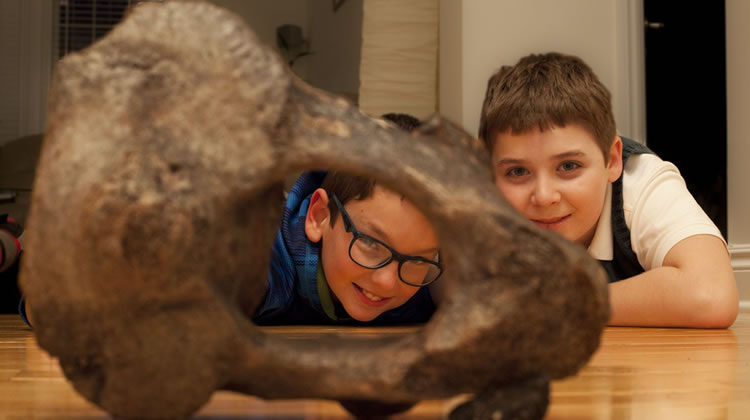 “I thought it was a rock at first, but a couple minutes later I looked more at it, and I didn’t think it was a dinosaur bone, but I wasn’t sure,” said Eric.When Andrew Gainariu and Eric Stamatin from Michigan went crayfishing in the Clinton River in June they caught a lot more than crayfish. Instead they found a 13,000 year old mastodon bone!

The 11-year-old cousins were fishing in the stream behind Eric’s house.

They soon got bored and decided to build a dam.  It was then that they came across what they thought was a giant rock.

It’s Definetely Not a Cow Bone

When the boys brought home their incredible find, Eric’s mother’s first thought was “oh my goodness, what did they bring home?”

She thought it was just a cow bone, so the ancient fossil sat on the dining room shelf for a few months until she reached out to a paleontologist in November. 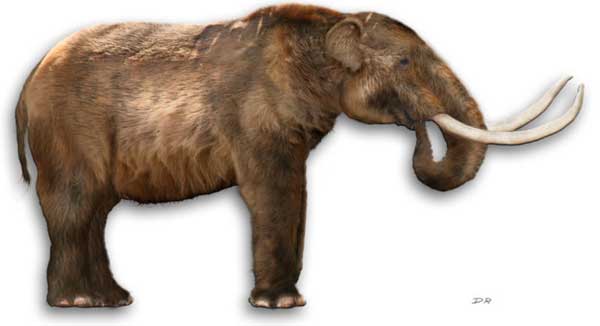 The mastodon has been extinct for over 10,000 years, but it used to roam that part of the US.  In fact, Michigan’s state fossil is the mastodon!

John Zawiskie, a geologist and paleontologist at the Cranbrook Institute of Science confirmed that the “cow bone” was actually a specialized second vertebrae found behind the skull in the spinal column of an American mastodon.

First things first, the Eric is bringing the bone in for show-and-tell to his 6th grade class.  After that, who knows?

“Andrew said maybe we can sell it, and that we could be famous… but I guess we are famous already,” Stamatin said.

“We are still in the thinking process of putting it on eBay or giving it to the museum,” Gainariu clarified.

“I have been thinking of selling it and making money off it,” Gainariu continued, “but who is going to pay 2,000 bucks for a bone?” 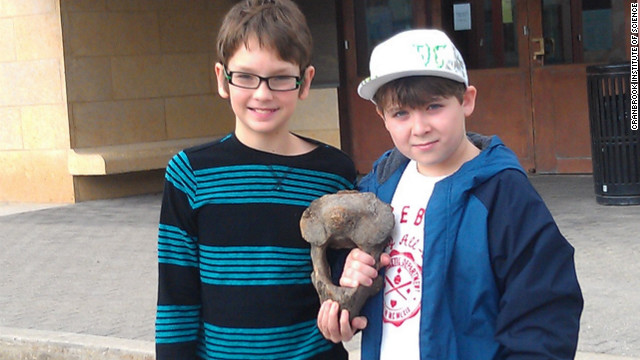 Previous post Spend the Night in a Giant Anus