The next U.S. vs Japan championship is here, a battle of real life giant robots. 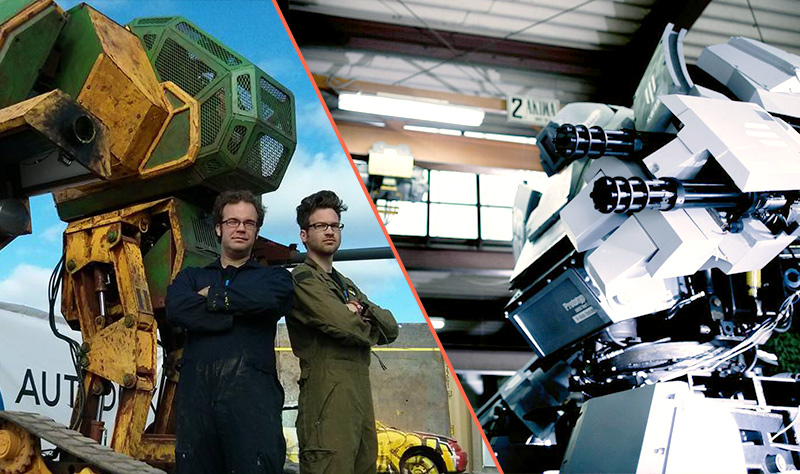 The mech is piloted from the inside by two pilots and is capable of firing cannonball sized paintballs at speeds exceeding 120 mph.

The bot’s metal is tested by pitting it against a missile turret that is capable of blasting off pieces of the Mark II’s armor.

Megabot’s goal is to create a battle suit to participate in arena style combat with other giant robots.

“We challenge you to a duel.”

“Just building something huge and sticking guns on it is… super American.”

The Kuratas Weighs in at 10,000 lbs and stands two feet shorter than its American rival.

It holds only one pilot who makes use of a heads-up display, and a targeting system that is programmed to decimate all targets when the pilot smiles.

What it lacks in size, it makes up for in speed, being able to sustain speeds over 6 mph.

The KURATAS sports a 6,000-rounds-per-minute Gatling gun, a fireworks launcher, and an offensive furnace known as “Kuratas Rainbow”. If you want one of your own, you can order one on amazon, though they are currently out of stock.