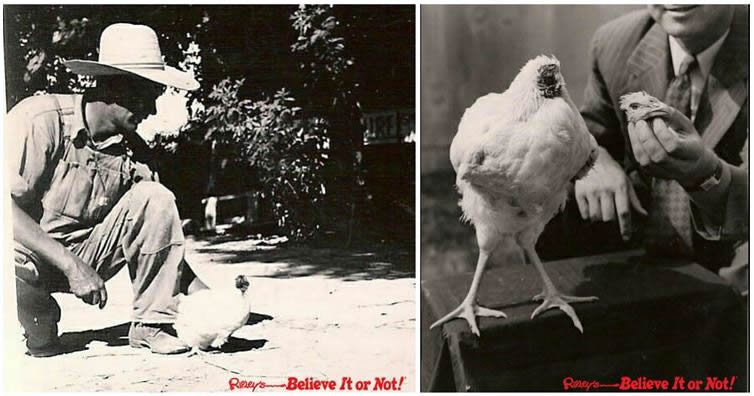 It’s one of the oddest stories we’ve ever heard. It’ll make your head spin.

The day was September 10, 1945. Farmer Lloyd Olsen was going about business as usual: chopping a rooster’s head off in preparation for cooking.

He gripped his ax and grabbed the unsuspecting rooster. He held down the five-and-a-half-month-old bird and proceeded to chop its head clean off. 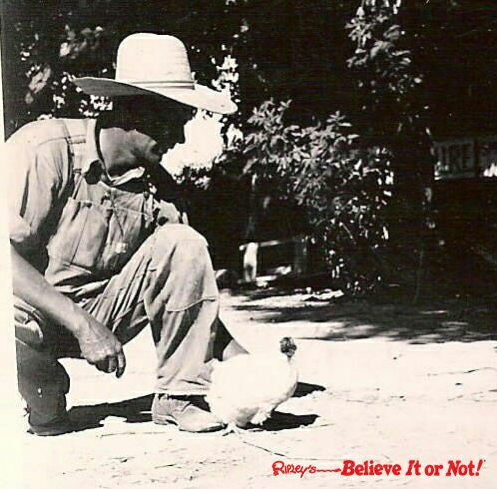 In a task he had done countless times before, Lloyd was caught completely off guard. Rather than succumbing to the fate of the cooking pot, this rooster without a head continued to “peck” the farm grounds for food. The legend of the headless rooster was born.

Mike’s head was kept in a glass jar, but he still had most of his brain stem and one ear. 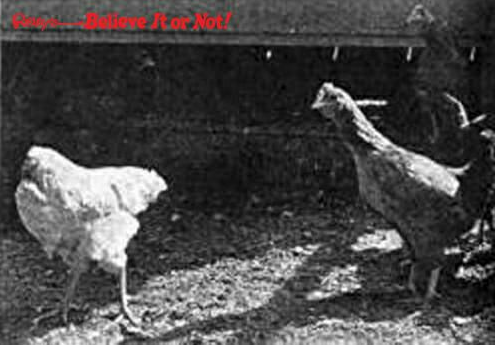 At the rare and shocking site, farmer Llyod had a change of heart and decided to spare this mysterious creature.

And so, farmer Llyod began feeding this rooster who he named Mike. He fed him grain and gave him water through an eyedropper.

Since the majority of a chicken’s reflex actions are controlled by the brain stem, Mike was actually able to function quite normally.

Over the next 18 months, Mike grew to an incredible size. He started out at as a solid two-and-a-half-pounds and flourished into a hefty eight-pound rooster. 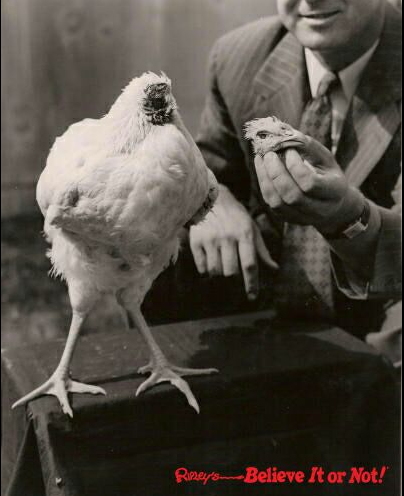 By this point, Mike was beyond an attraction. He toured the United States as the “Wonder Chicken” with Llyod, who charged a quarter for each viewing.

Unfortunately, while being transported back from a trip to Arizona, Mike choked. Llyod could not find the eyedropper which could have been used to clear Mike’s esophagus. Believe it or Not!

Next post Splitting the Heavens: 4 Real Swords Made of Meteorites

Previous post The Most Amazing Moms In The Animal Kingdom