Exhibit No: BION171188 - This film was the first to win quintuple awards. 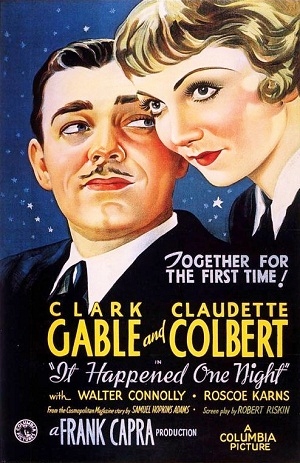 Believe It or Not! This commemorative “miniature” Oscar celebrates the 15th Anniversary of Columbia pictures, and the sweeping 5-category win of its film, It Happened One Night, starring Claudette Colbert and Clark Gable.

It happened one night… for Columbia Pictures

This film was the first to win quintuple awards, and is only one of three ever to do so in the history of the Academy Awards. It is tied by One Flew Over the Cuckoo’s Nest and The Silence of the Lambs.