Mont Saint Michel: The Fortress on the Sea

It inspired castles in The Lord of the Rings, Dark Souls, and Assassin's Creed. 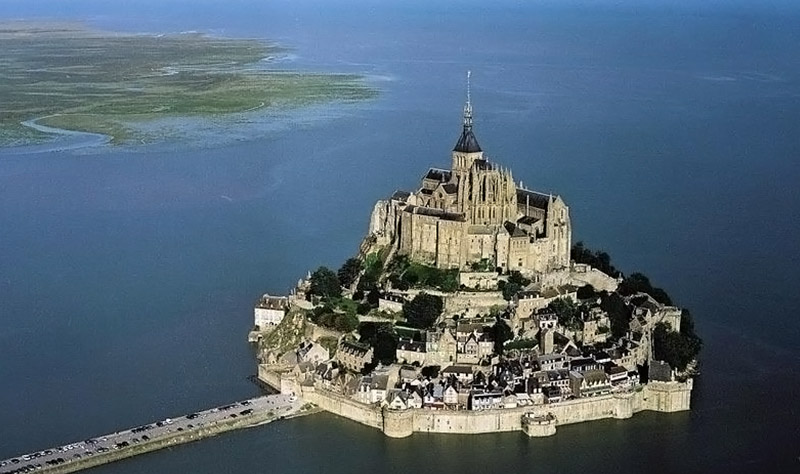 via the Mont Saint-Michel Office of Tourism.

The castle of Mont Saint Michel sits off the French coast of Normandy. It has stood as a bastion against invaders and as a holy destination for pilgrims for over 1000 years.

Entirely surrounded by water at high tide with only a small land bridge appearing during low tide, the castle’s natural fortifications have kept it safe from numerous military assaults.

Even if an army attacked at low tide, they had only one path to the castle, which was well fortified and could easily last until the high tide returned. As the water rose, the attacking forces would be cut off from supplies, reinforcements, and retreat as they drowned. 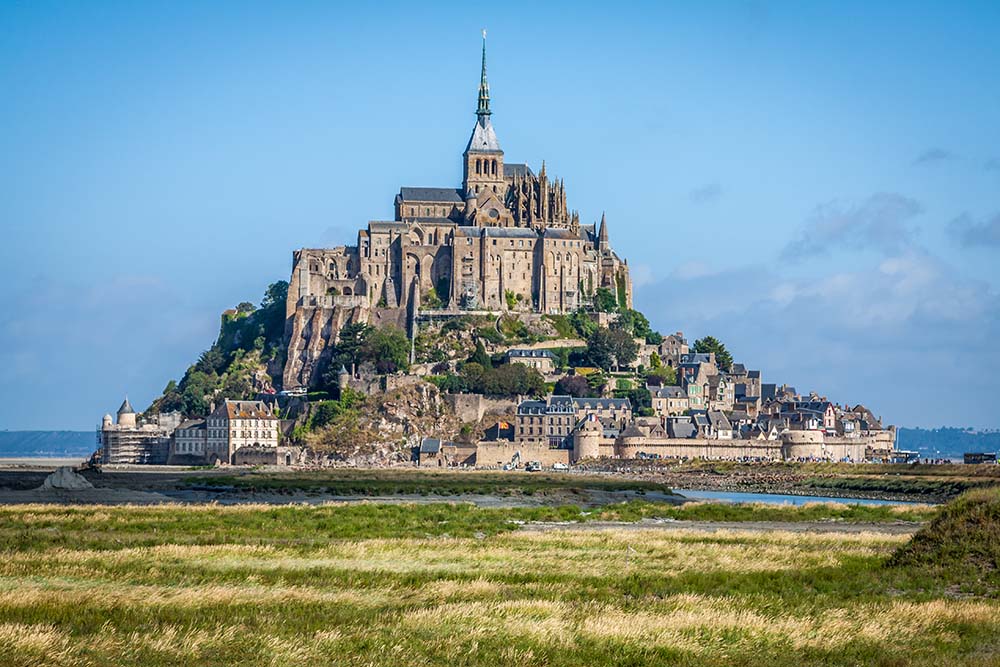 The Mont thrived as an abbey, being mostly lead by church appointed leaders.

During the 1800s it was converted from a fortress into a prison, the same geographical features that kept intruders out, also helped keep prisoners in.

The surrounding salt marshes also made perfect land for grazing sheep, giving them a saltier taste than more continental mutton. Today the Mont is better known for its 143-year-old omelet restaurant where the price of one omelet starts at $80. 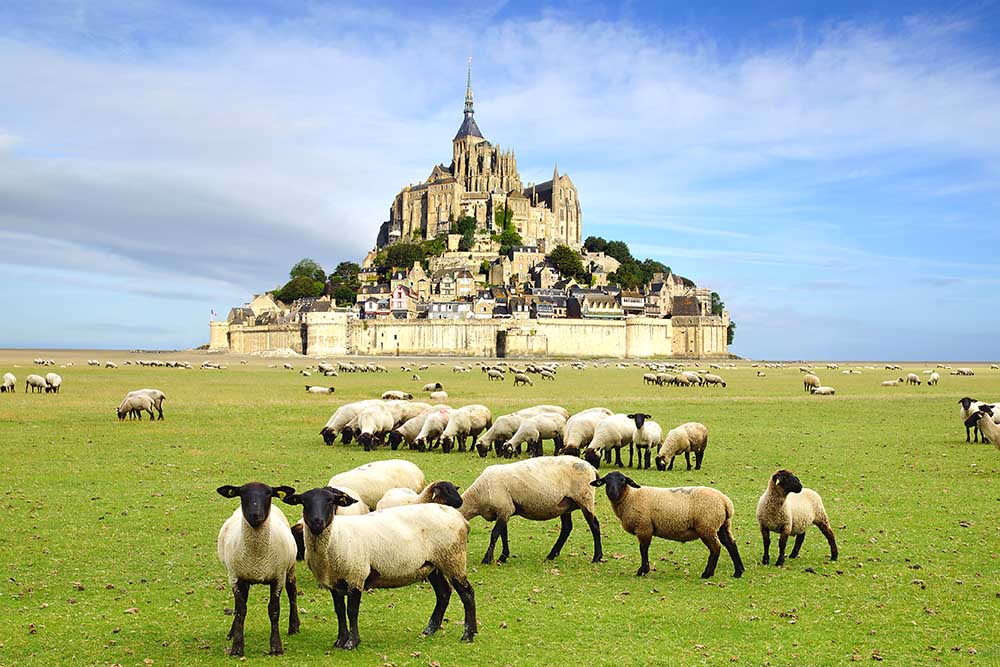 The Castle has also inspired numerous fictional castles including Minas Tirith in The Lord of the Rings, the lost City of New Londo in Dark Souls, and appears in the Assassin’s Creed games.