In 1971, hundreds of tree seeds orbited the moon aboard Apollo 14! 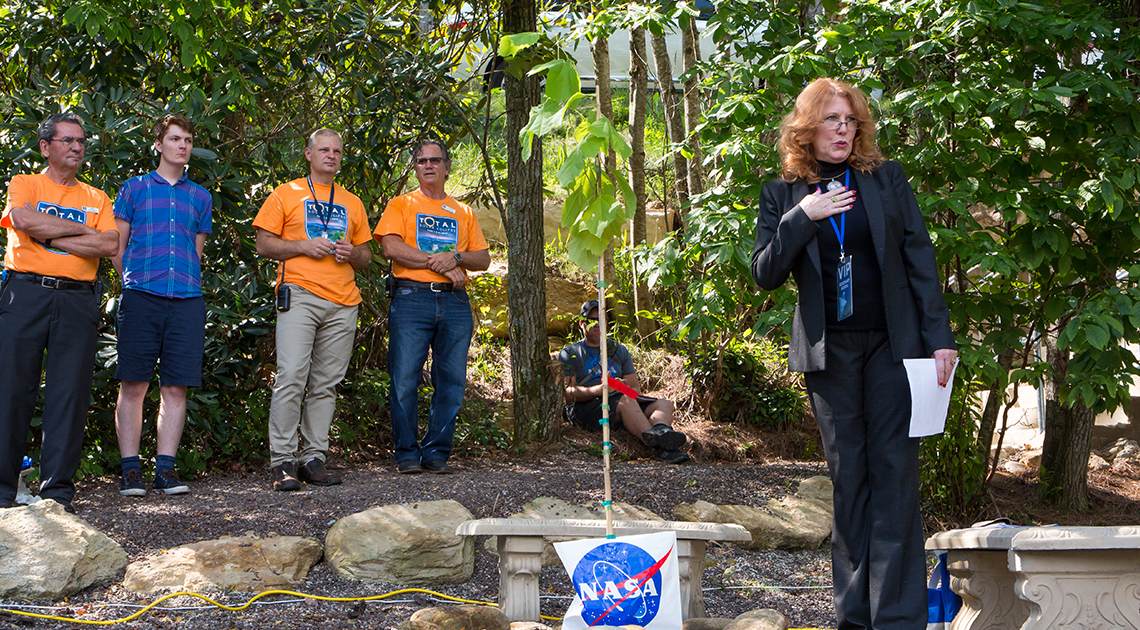 Stuart Roosa was destined to become an astronaut.

In 1953, the Oklahoma native first worked as a U.S. Forest Service smokejumper, parachuting out of airplanes to fight forest fires. He moved to Oregon in the mid-1960s, where he worked as an Air Force test pilot and fell in love with the state’s thick forests.

Roosa landed a coveted seat aboard Apollo 14. Actually, he landed about 500 seats—he brought with him hundreds of various plant seeds!

Around the Moon in 34 Orbits

But he did so for science. There were many questions regarding the seeds. Would they sprout when they returned to Earth? What would happen to them if they went to the Moon?

In 1971, Apollo 14 launched, and Roosa took with him about 500 different kinds of tree seeds. While he did not walk on the Moon—he commanded the orbiting space module—his seeds orbited the Moon 34 times. When they returned, many of the seeds were planted for the country’s bicentennial, including a Loblolly Pine at the White House.

Some of the seeds were also given as gifts to other countries like Brazil, Switzerland, and Japan.

The problem, of course, was that records of the trees were not properly kept, so only 50 of the trees are officially accounted for around the world.

Six of the 50 known trees are in Oregon, known as The Apollo 14 Moon Trees; Roosa claimed the town of Coos Bay, Oregon, as his adopted hometown.

Douglas Firs are located at the State Capitol Building in Salem, the University of Oregon, Oregon State University, the Veteran’s Hospital in Roseburg, and two more at a private residence in Salem. Governor Bob Straub planted the state capitol tree on Arbor Day, April 30, 1976, and now, the Fir is a State Heritage Tree.

Surprisingly, the trees never exhibited any special qualities from being in space.

In 2011, NASA Astronomer David Williams told Wired Magazine that “no one knew for sure whether being exposed to weightlessness or radiation would do something to the seeds. They grew control trees right next to each other to see if they grew differently. But they didn’t find anything.”

Still, the legend of the trees lives on.

“Sadly, Stuart Roosa passed away in December 1994,” reports NASA. “The Moon Trees continue to flourish, a living monument to our first visits to the Moon and a fitting memorial to Stuart Roosa. No list was ever kept nor any systematic tracking made of the disposition of all the trees.”

You can find a list of all the known Moon Trees across the country here. And if you know the location of a Moon Tree not listed, please send a message to dave.williams@nasa.gov