Creative Director Dominick Reed started an odd hobby of taking the most bizarre & slightly disturbing self portraits for a character he called Mr. Fibbles.

Dominick Reed transforms his face in the craziest “self portraits”.

You can find this story in our latest book Dare To Look!

He creates this character with a mixture of digital magic, a lot of makeup, wigs, and props! One of his shots took the entire day!

As for Mr. Fibbles in the photos, he usually finds himself in uniquely fantastic circumstances such as using a key to unlock his mind or accidentally growing a mustache out of his eye sockets for movember—probably not issues you have to think about much. 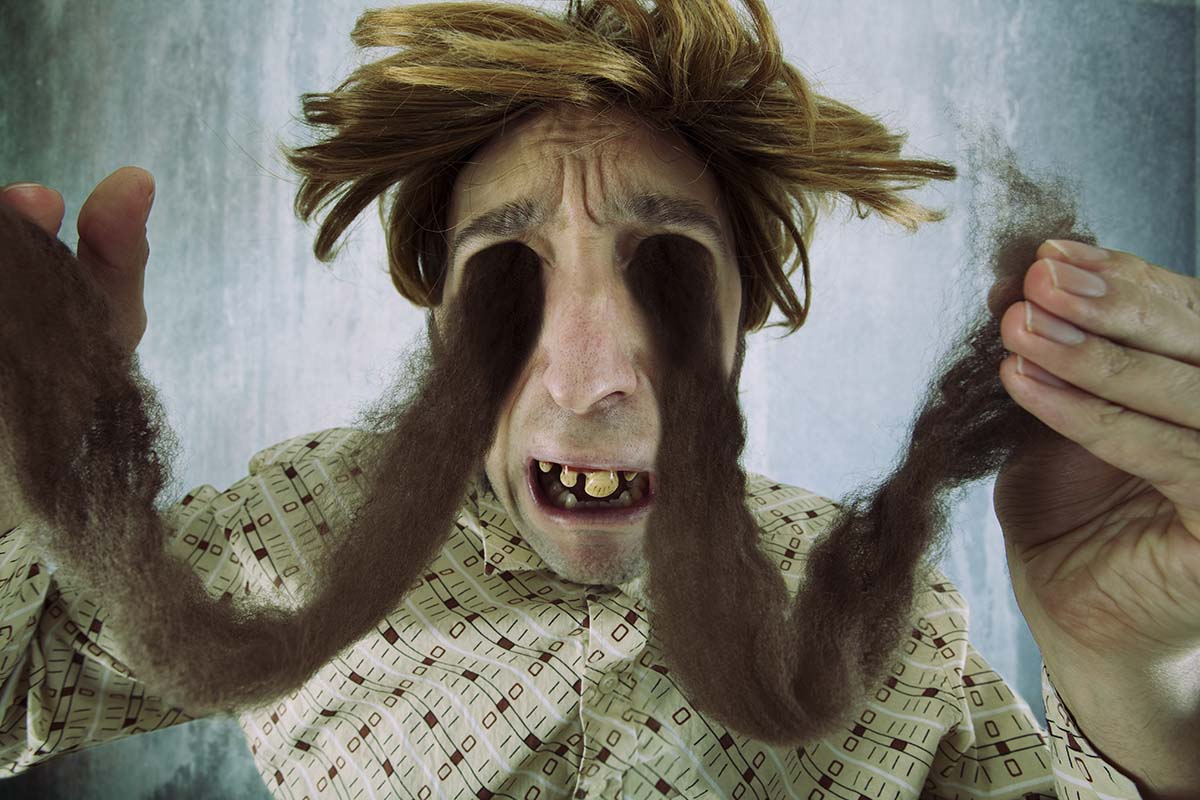 I was never any good at Movember

Mr. Fibbles has actually brought together a large Internet audience, big enough where Dominick Reed a.k.a. Mr. Fibbles get recognized in the street. And now he has successfully funded his own book on kickstarter which has aptly been described with: “That’s the second most disturbing thing I’ve ever held in my hands.”

See more in the gallery below:

Previous post One of A Kind Video Shows What's Inside