This might be an island to skip on your next vacation! 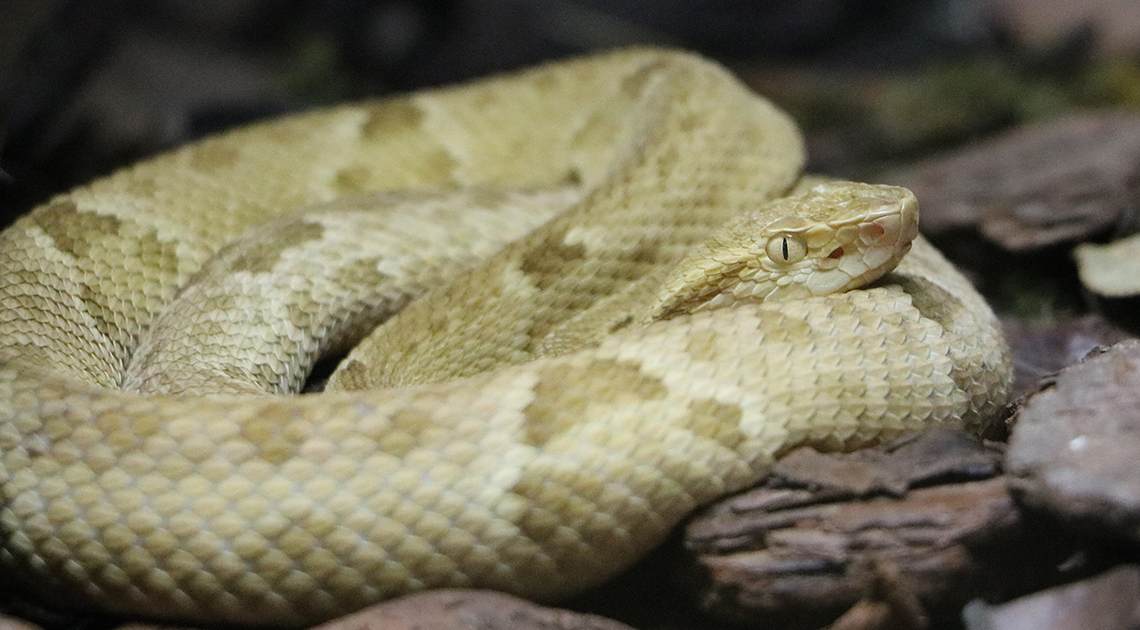 Approximately 90 miles off the coast of Brazil is the tiny island Ilha da Queimada Grande, which would be a beautiful place to spend an afternoon… if it weren’t for the thousands of golden lancehead vipers that inhabit its 160 acres.

This species does not exist naturally anywhere else on Earth. Some experts believe the island is so populated with these reptiles that if people were allowed to roam around there, they would come across a snake every few steps — a horrifying notion, particularly for those with ophidiophobia!

Known more commonly as Snake Island, the land mass separated from Brazil during the last Ice Age, taking a population of jararaca snakes with it, according to the Columbia Daily Tribune. The snakes didn’t have any predators, so they multiplied. Eventually, their food source (rodents) waned, but the snakes adapted and evolved into a completely new species.

Remarkably, they learned how to catch and eat birds. Their venom got up to five times stronger than a typical snake’s venom, and they developed a way to trap the birds so they couldn’t escape, making it easier for them to consume their meals. This mutation created an über-deadly snake that can kill a person in under an hour! And because they are on top of the food chain, the island contains a significant number of them (between 2,000 and 4,000).

The only people who have lived on the island were those who operated a lighthouse there from 1909 through the 1920s. One local legend claims that the final lighthouse keeper and his family were killed when several snakes attacked them after gaining access through a window in their home, according to the Smithsonian Magazine. Being bitten by a lancehead viper can cause intestinal bleeding, brain hemorrhaging, muscular tissue necrosis, and kidney failure if medical attention is not administered quickly.

World snake day – Bothrops insularis (Golden lancehead pit viper) I photographed in situ on the Brazilian island Quemada Grande. Such an amazing place! My expeditions there have been amongst the highlights of my career
🤘☣️🤘 pic.twitter.com/k5qePjMAed

These days, the Brazilian Navy has the job of making sure the lighthouse is operating correctly, and only scientists make the occasional trek to the island (with a doctor in tow, just in case). However, the island is tempting to those who are brave enough to travel there with the intention of making a few (illegal) dollars: one golden lancehead viper is worth a whopping $10,000–$30,000 on the black market. Mainland Brazil even has a population of lancehead vipers because some have been released there, either deliberately or unintentionally. In fact, most snake bites in the South American country are due to the deadly species.

All That Slithers Is Not Gold

There is a silver lining. It’s possible that the golden lancehead venom could be used for pharmaceutical purposes and to treat ailments such as heart disease, circulation issues, and blood clots, scientist Marcelo Duarte of the Brazilian Butantan Institute told Vice.

It’s also believed that efforts by the Brazilian Navy to remove vegetation on the island combined with disease have cut the snake population on Ilha da Queimada Grande by almost half in the past 15 years. But even though the species is considered endangered and is listed on the International Union for Conservation of Nature’s Red List, visitors continue to be banned from stepping foot on Snake Island.