The bone was inserted into the warrior's pierced septum.

Ripley’s has showcased many unusual and rare artifacts from its collection hailing from the culturally rich islands of Papua New Guinea. Among the ancestor heads, midwife skulls, and penis sheaths are a number of fearsome nose bone decorations.

These sharply carved bones would be fitted into a piercing on a tribesman’s nose giving them a fearsome countenance to scare their foes and protect them from spirits. According to tradition, the more ornate and decorative the nose ornament, the more fearsome and powerful the warrior was. 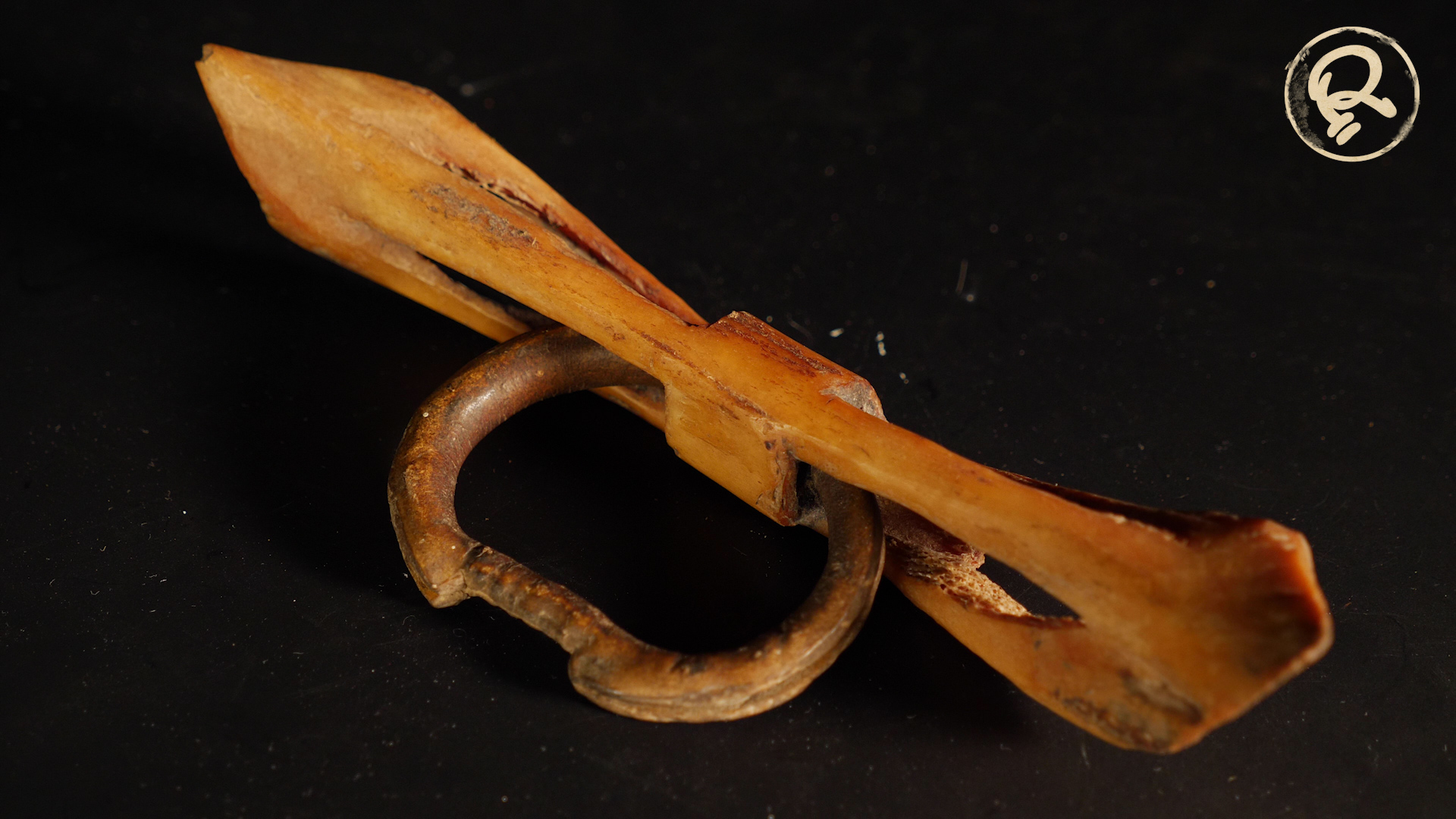 Some believe the natives of New Guinea were inspired to make these decorations in order to appear more like the fierce boars they hunted, though the materials were made of something even more fearsome. This example of a nose ornament was carved from the bones of a cassowary bird. This large avian behemoth can stand over six feet tall and weigh over a hundred pounds.

The top of a cassowary’s head is covered in a keratinous ridge known as a casque. Scientists still aren’t sure exactly what this horny ridge is for, but they guess that it helps amplify their calls, attract mates, and can even be used as a shovel when digging for food. Their heads may be eye-catching, but it’s the cassowary’s feet that are deadly weapons. According to ornithologist Ernest Gilliard, the bird was known to disembowel humans with ease, and that many natives were killed by the bird while he was on the island. It’s little wonder why the tribesmen of New Guinea would choose such a fearsome creature to characterize their own ferocity. 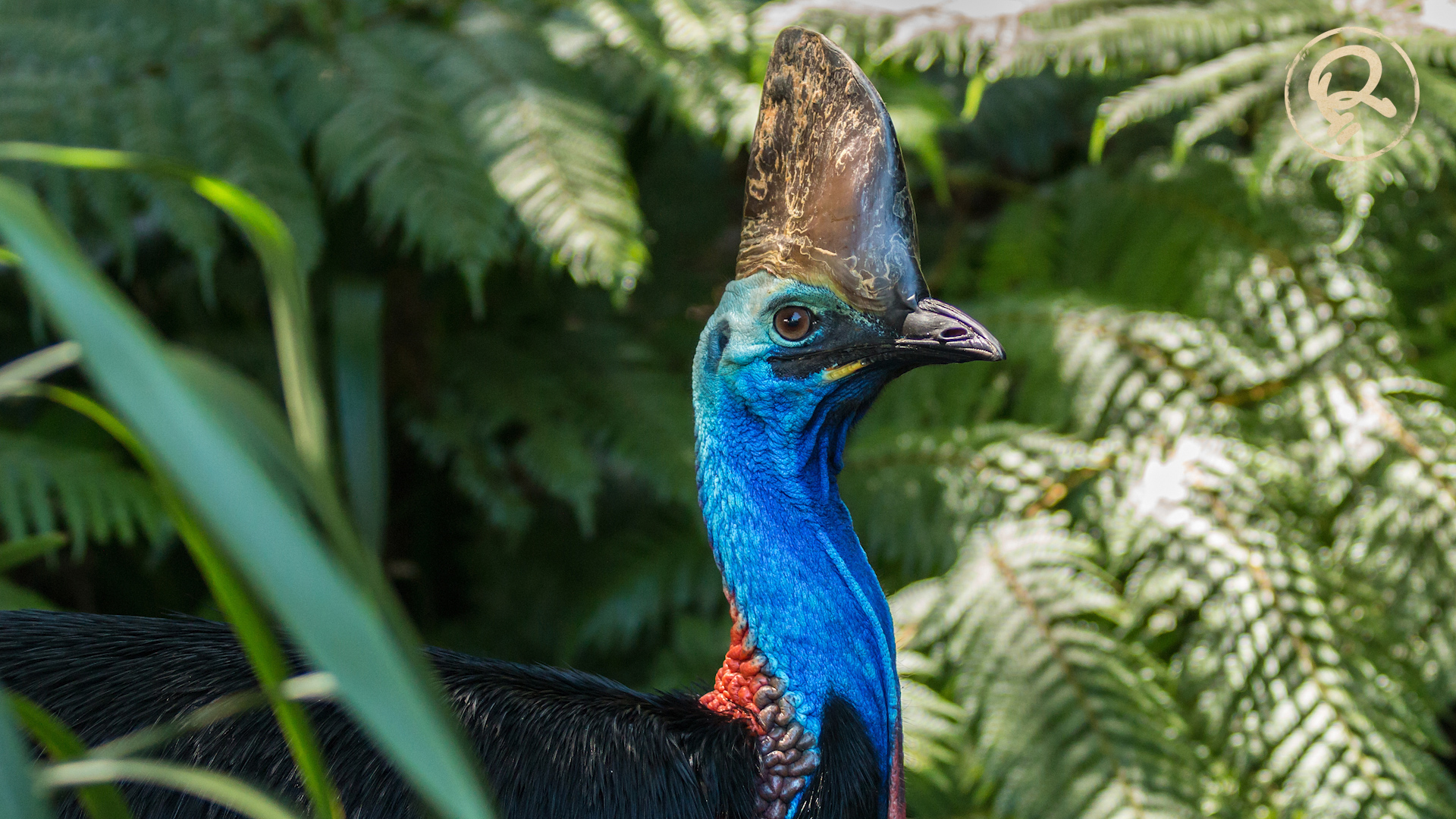 When Robert Ripley visited New Guinea in 1932, he immersed himself in the culture. He met tribal chieftains, musicians, dancers, head-hunters, and warriors covered in head to toe with trophies of war. He found the bones piercing their septums to be particularly fascinating. Ripley was only able to stay near the Port of Moresby during his visit on the SS Mariposa. Officials at the time required an escort of soldiers for foreigners to traverse the dangerous jungles. Nevertheless, scores of tribesmen and chiefs showed up to share their culture with Ripley.

“It would take me a long time to explain this day, but I will say this as I sit on the lanai. I make a prediction that this port will be remembered longer than any other port touched by the Mariposa.”—Robert Ripley 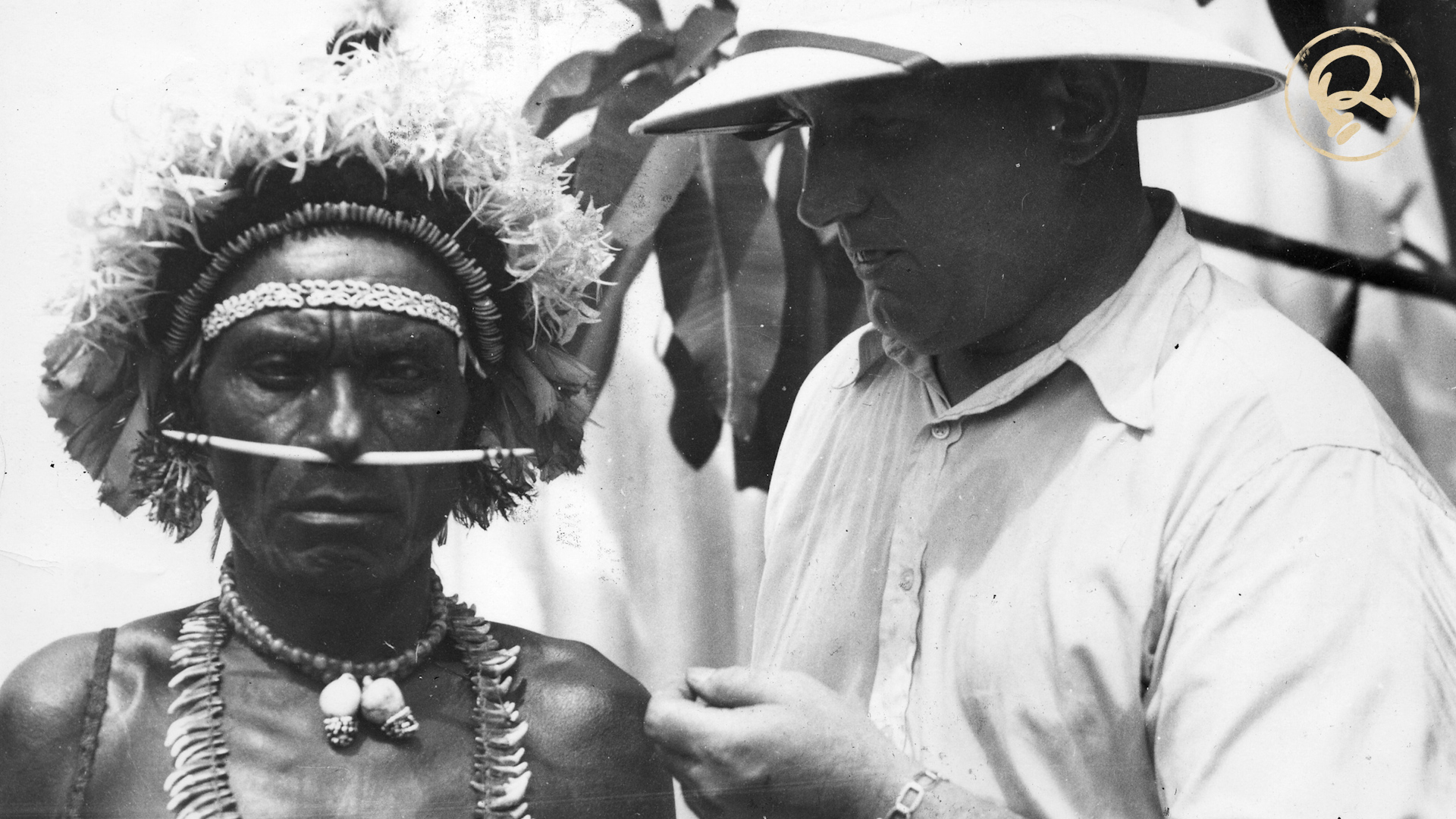 Next post Summer Comes To A Close With 99 Days of Strange!

Previous post Luckiest Or Unluckiest Man In The World?