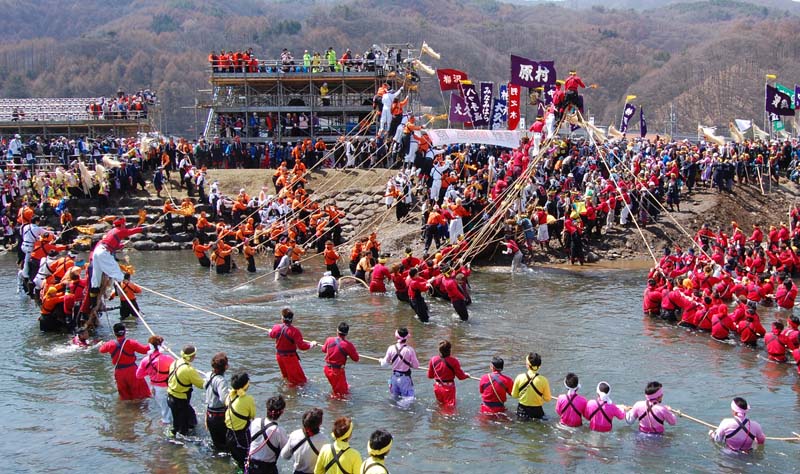 Nineties nostalgia may come to mind when thinking of timber rolling, but Log from Blammo has a lot to live up to! Once every six years, thousands of people gather in the Suwa region to chop, ride, and raise massive 50-foot logs during Japan’s Onbashira Festival—an ancient Shinto tradition that’s been taking place for more than 1,200 years!

Onbashira, or Sacred Pillars, is a two-month-long event to replace the sacred pillars at four shrines, thereby purifying the shrines. The pageantry unfolds in stages:

The locating and felling of 16 massive 150-year-old fir trees weighing more than 10 tons each! Branches and bark are removed, and ropes are then attached. 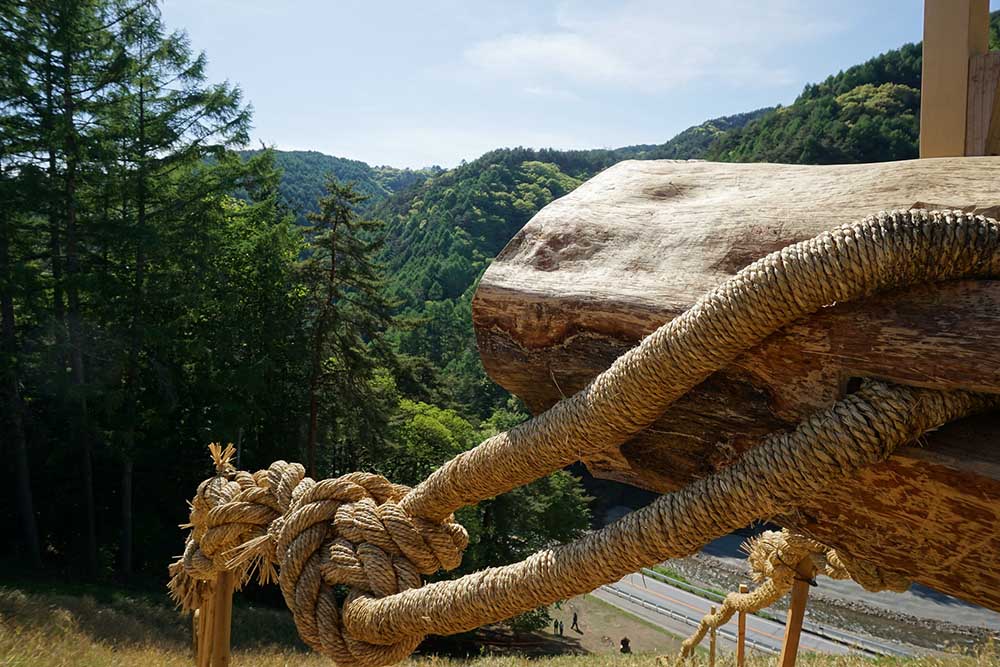 The most dangerous stage, where hundreds of men drag and ride each log 6 miles down steep hills to a Shinto shrine. It’s an honor to ride the logs and stand atop the attached wooden beams covered in streamers. The danger becomes very real at the steepest hill, where the beams are removed and the loggers hold on for dear life as they tear down the hill at top speed.

The last portion of the festival and its namesake is the ceremonial raising of the logs in front of the shrine. Unbelievably, the new pillars are raised with the riders still clinging tightly as they ascend! 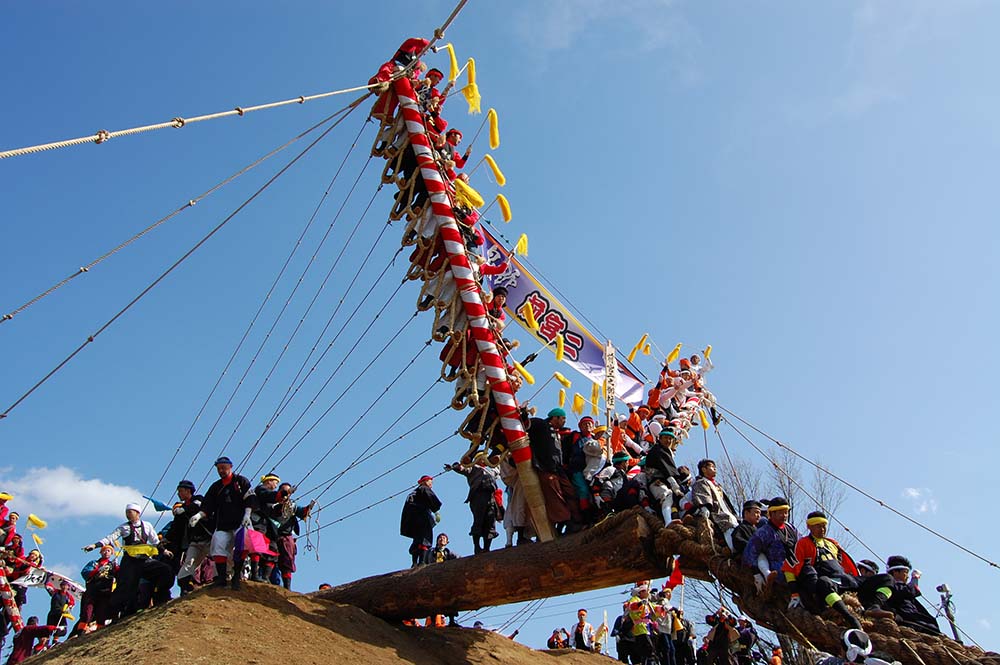 This log riding and raising often result in serious injuries—sometimes even fatal. However, according to Shinto beliefs, any Onbashira Festival participant’s death is considered honorable and worthy of historical remembrance. 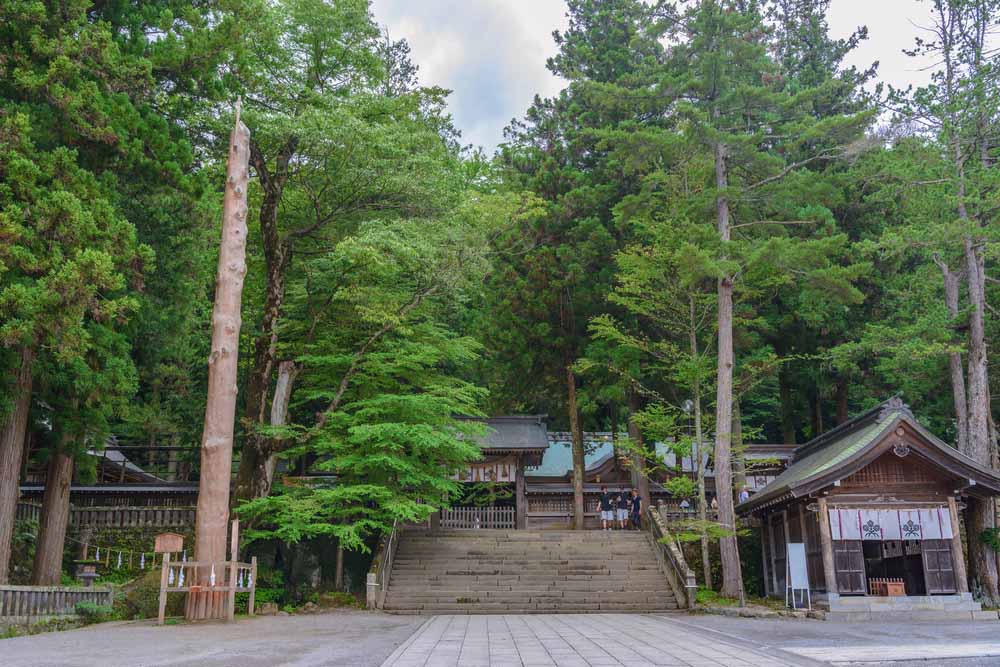 Next post Watch as Acrobritt Shoots a Flaming Arrow With Her Feet!

Previous post The Most Poisonous Spider in the World