Graphic Artist Visual Spicer makes incredible Paper-Craft Creations on his own and completely by hand! 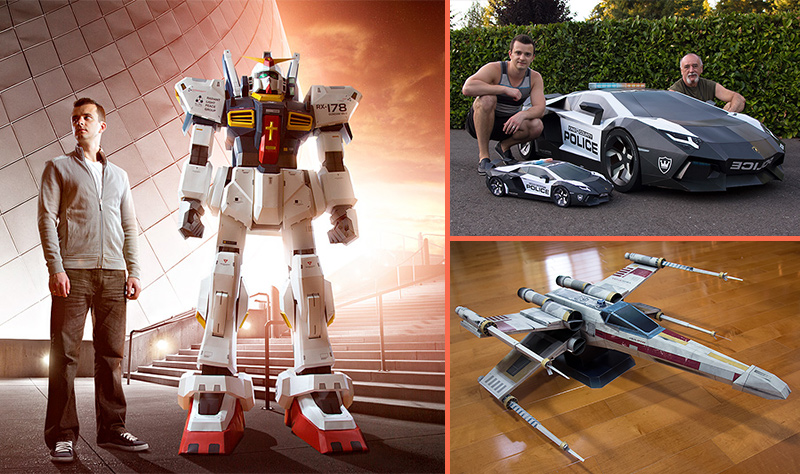 Visual Spicer from Seattle, Washington makes unbelievable paper models. Everything from a towering Gundam robot, to small super-detailed high-performance cars, to an oversized goofy model of his own head.

Just designing them using a 3D software before printing out hundreds of parts page by page may take several days. The meticulous construction is done using only paper, glue and foam core.

Want to try it yourself? Many of his paper kits are available for purchase online.

At 7 foot tall, this giant paper robot towers above most people. It had to be printed on 720 pieces of paper, and despite of its massive size weighs in at only 10 lbs! 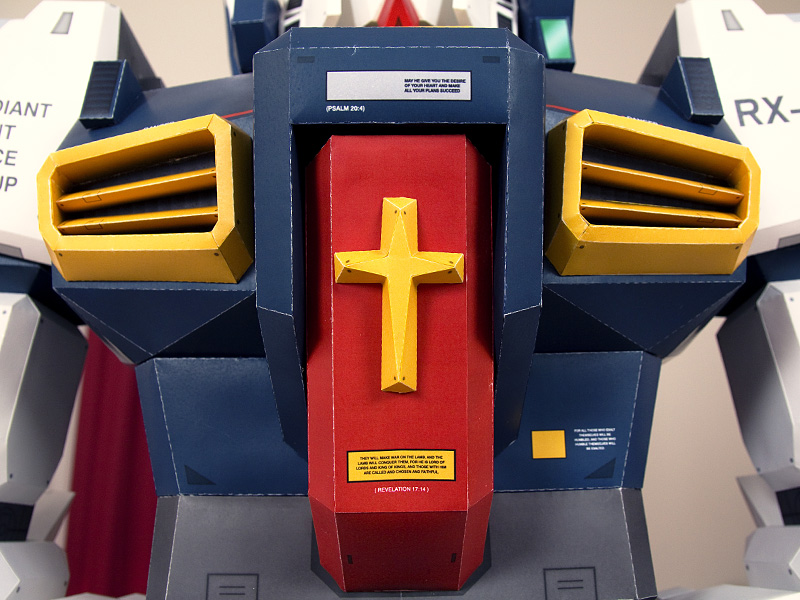 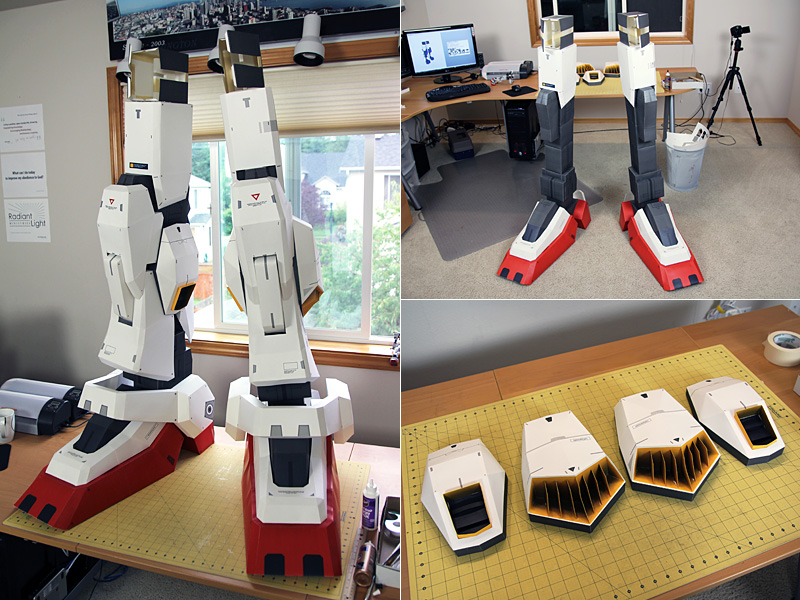 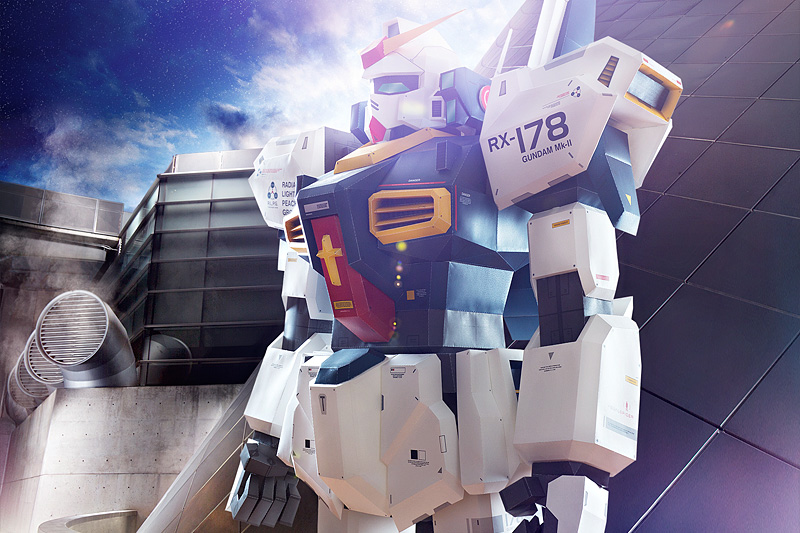 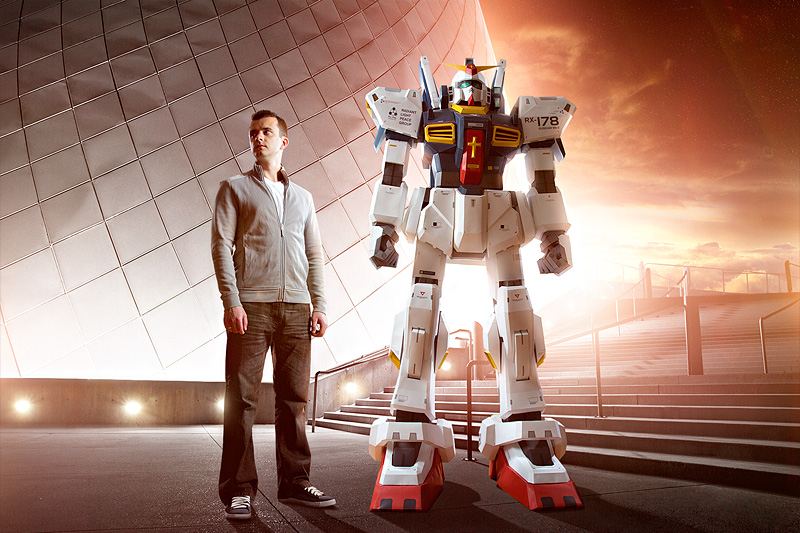 It’s only 30 inches long but took more than 130 separate paper cutouts to put it together.

This tiny Audi R8 was modeled for the XBOX 360 video game Forza Motorsport 3! The real version of this car has a V10 engine, on the other hand this one is small enough to fit in its glove compartment! 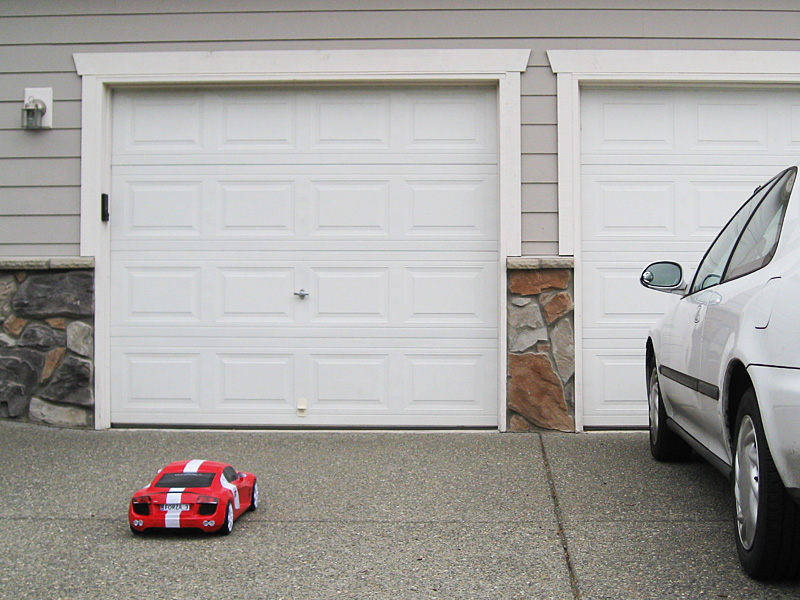 Visual Spicer spent 120 hours modeling a paper version of his own head… Except it is 200% bigger!

I must say that there is no experience quite like holding an oversized version of my head in my lap while piecing it together. 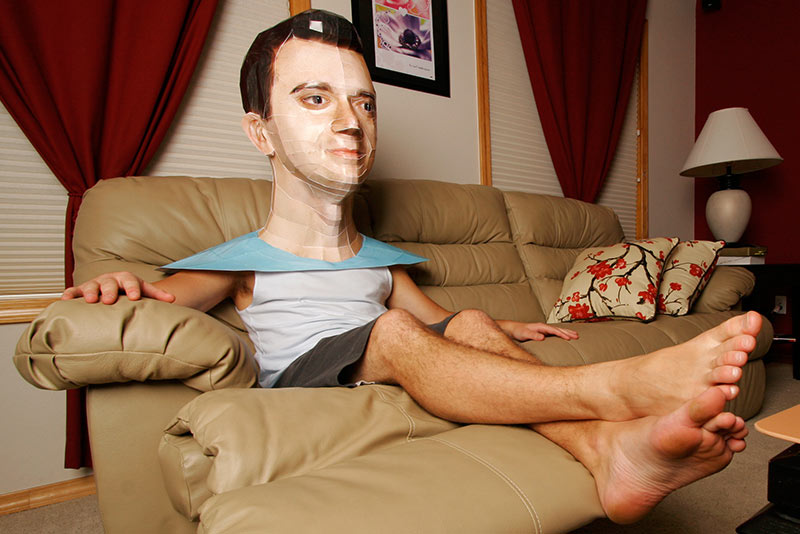 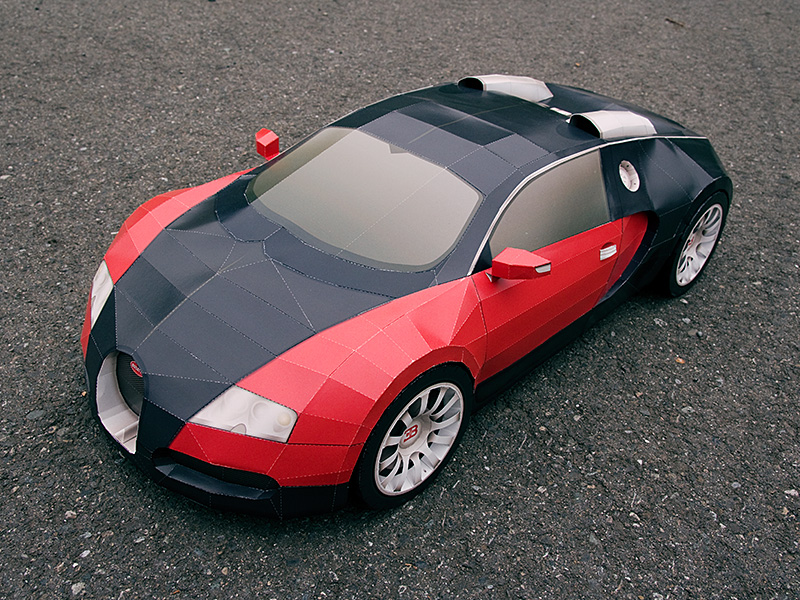 Papercraft Veyron vs The Real One

This paper Ferrari is 3 feet long, and it comes with a tiny paper driver ready for the Italian Grand Prix! 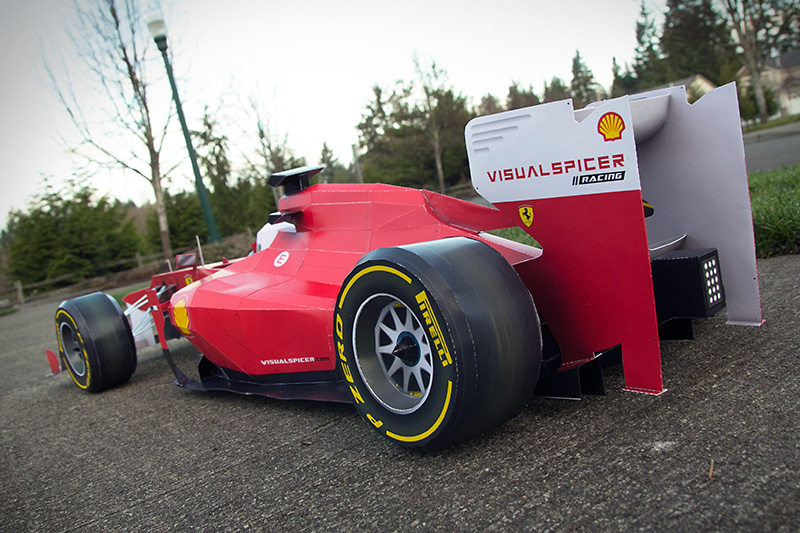 At 8 feet long and almost 4 feet wide, this paper Lamborghini is getting close to life size. Unlike the real supercar, with an unreal price tag of more than $400,000, this sweet paper replica only cost $1,000 to build. 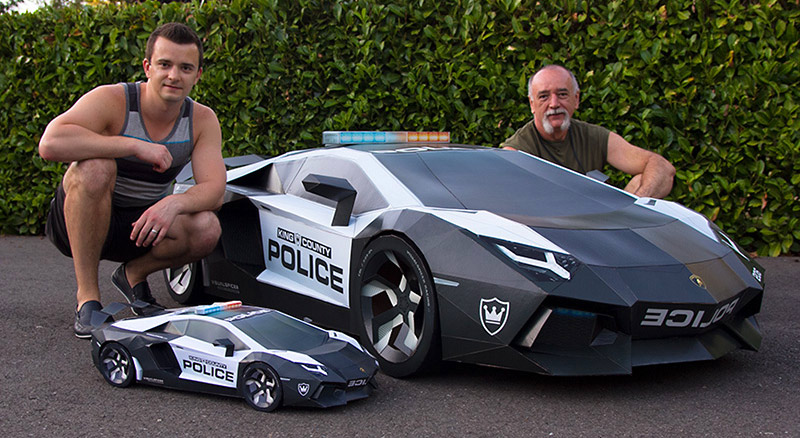 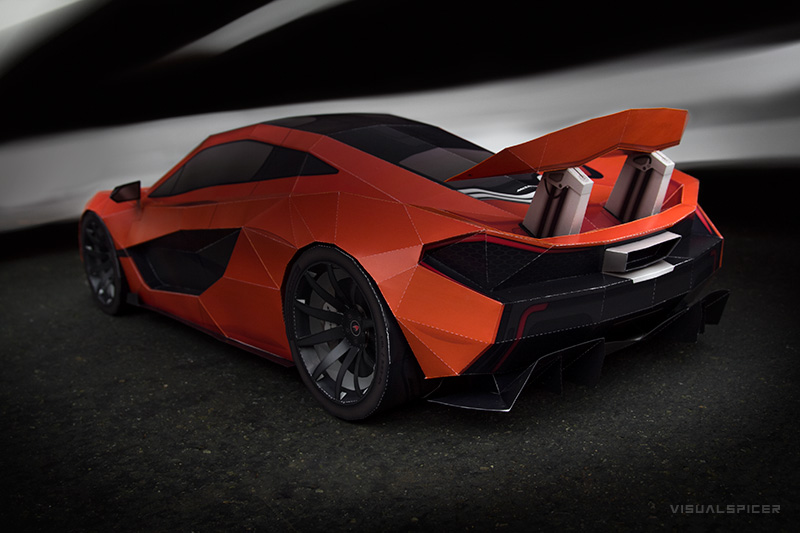 This hand-crafted spacecraft was inspired by the X-wing starfighters in Star Wars. 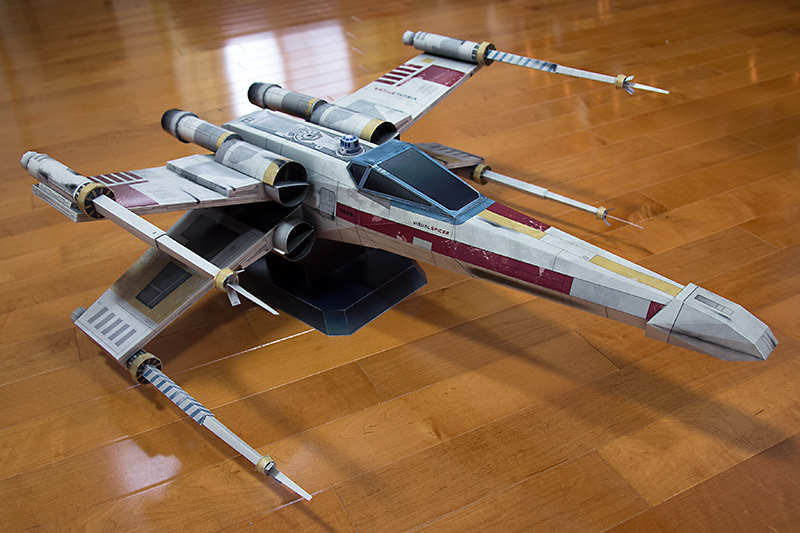 If you’re going to have a starfighter, you obviously need a droid to help pilot it. The A4 in R2-A4 comes from the size of the paper used by the artist to print his design. 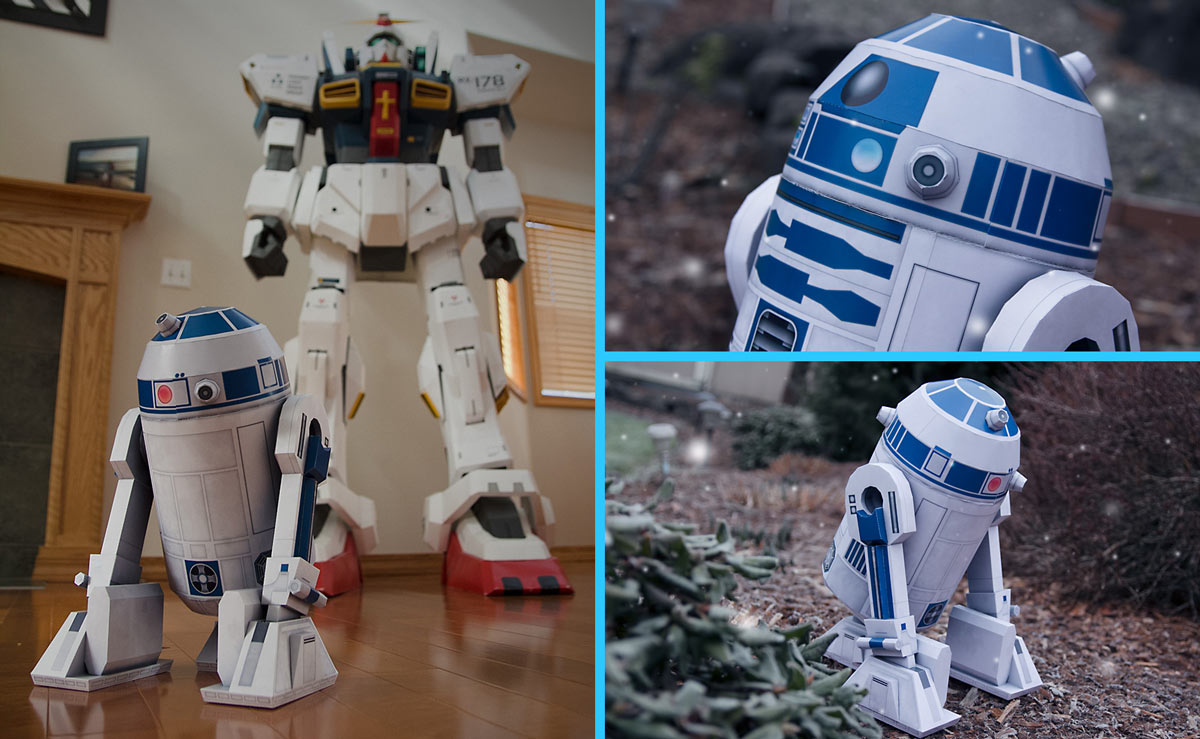 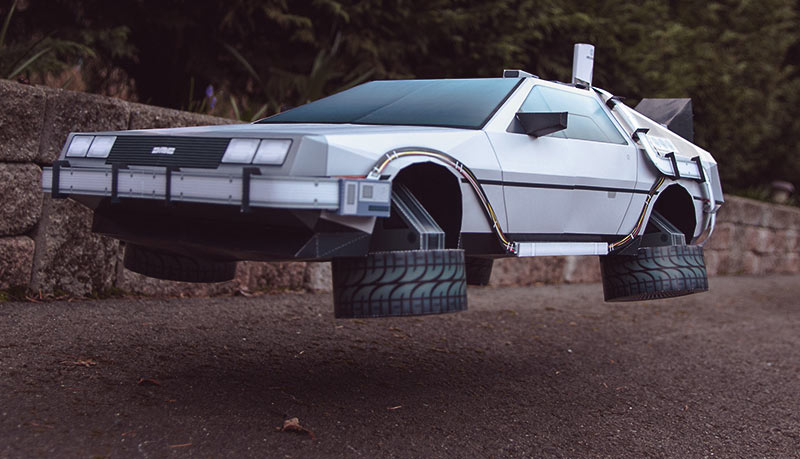 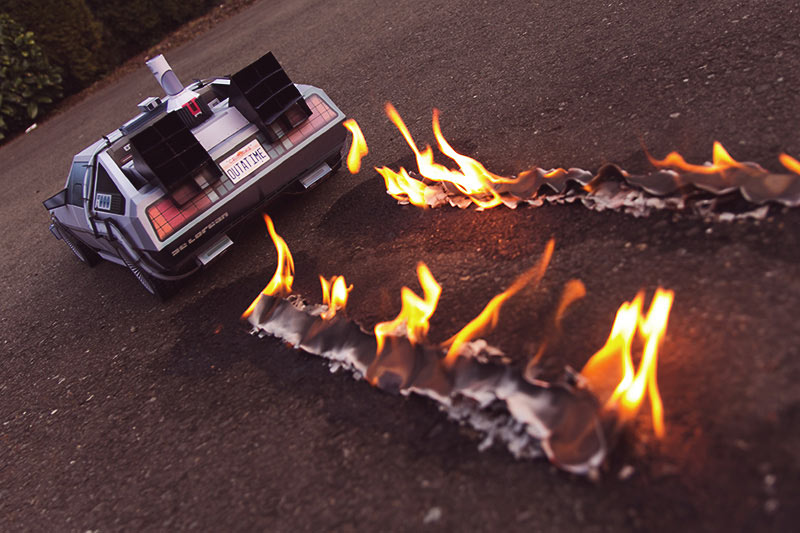